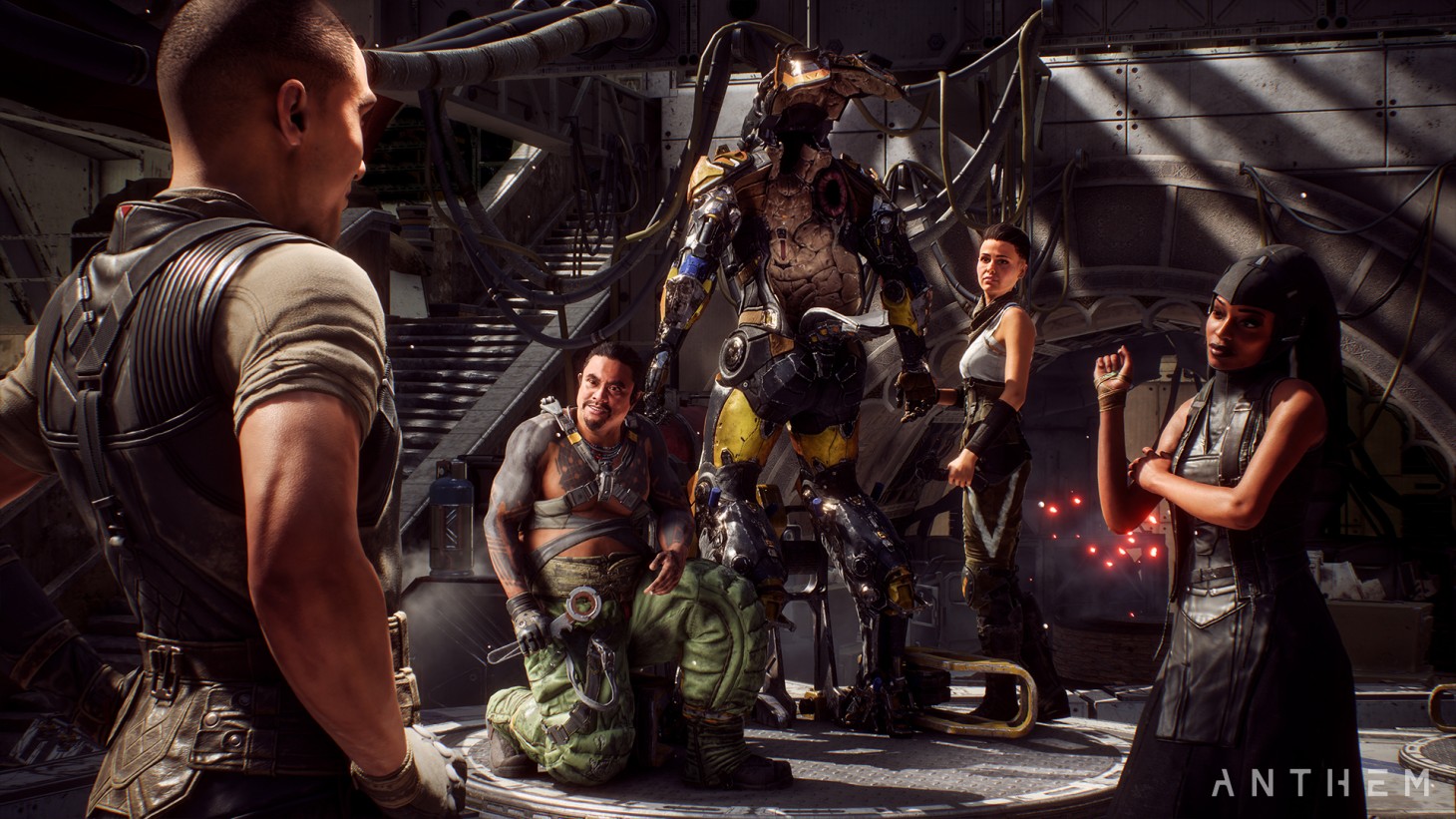 Most players are still waiting to get their hands on the final version of Anthem, even as some PC players have been able to dive in and explore the full game through their Origins Premier membership. If you’re one of those players, it’s possible that you’ve already run into a particularly tedious stop sign on your forward progress through the game, which comes in the form of a grind-focused quest several hours into the main game.

The challenges presented by the Legionnaires (or Tomb Trials) can be a pain, but on the bright side, you can begin to accrue the objectives you need even ahead of when the mission opens up. Here’s what you need to know.

There are four tombs, and for reasons we won’t get into here to prevent spoilers, you’re going to need to get into each one before the story can progress. Each tomb is themed around a particular dead Freelancer, and you need to complete certain feats to be worthy to enter each tomb. You will undoubtedly complete at least some of these objectives through the natural course of playing. Others will likely require purposeful effort.

You don’t need to do these in any sort of order, but they’re listed alphabetically below.

The Trial of Artinia requires:

5 World Events: You can only complete this by playing Freeplay, so you’ll have to take a break from normal missions. While on a Freeplay expedition, listen for notifications from your cypher, and watch for a purple icon to pop up. This indicates a publicly playable event. Note that when the event completes, you have a chance to move forward what is arguably the most frustrating objective in the bunch, collecting treasure chests (see below). But be aware that you have to be the person who actually opens the treasure chest, so as soon as the World Event ends, rocket over to that chest.

30 Weapon Defeats: If you don’t have this one complete, it’s possible you’re playing the game wrong. Shoot some enemies with guns.

15 Weak Point Defeats: Bad guys will flash yellow damage numbers if you hit their weak spots. Kill an enemy with one of these shots to advance this objective.

9 Elite Defeats: The best and most consistent place to find Elites at this point in the game is in the Stronghold, called the Tyrant Mine, but you’ll see them in other places as well. You’ll see Elite in their name. 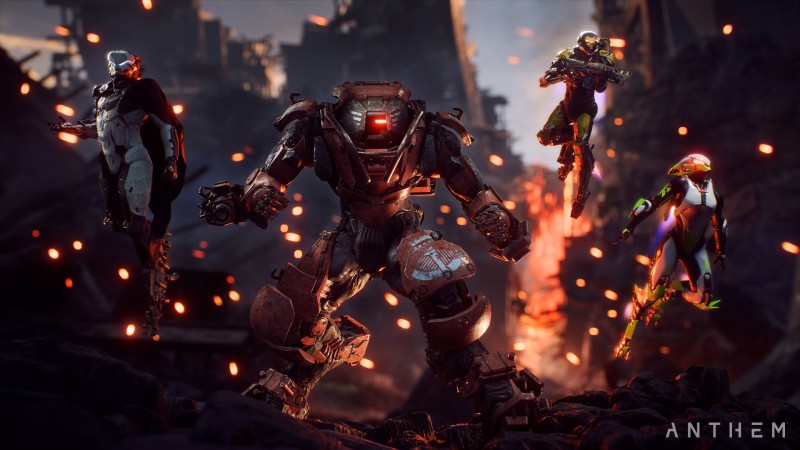 The Trial of Cariff demands:

3 Mission Completions: This one should be complete if you’ve been picking up and playing missions from quest-givers.

30 Gear Defeats: Another easy one. Use gear abilities to kill enemies.

15 Combo Triggers: Straightforward, if you know what you’re looking for. Try to equip both a primer and detonator from the Forge. Primers show a dot when you’re looking at their tooltips, while detonators show a star. Use these in conjunction when attacking enemies to trigger combos.

3 Multi-Kills: Enemy kills in Anthem are frequently single target, so you might need to consciously pursue this one. Try hitting groups of enemies as they spawn, particularly with an Ultimate, with which you’ll have a high likelihood of inflicting large amounts of damage quickly.

The Trial of Gawnes needs:

50 Melee Defeats: Any javelin class can complete this, but it’s especially easy with an Interceptor; melee is one of their specialties.

50 Ultimate Defeats: This could conceivably be a grind, since you must wait for your ultimate to recharge between each use. Find a spot that consistently kicks out or spawns large numbers of enemies in one place. One excellent option is in the boss fight for the Tyrant Mine stronghold. When the boss regularly flees, a large group of enemies emerges from a nearby cave. Pop your ultimate and snag some kills.

3 Legendary Defeats: We recommend not worrying about this one. Legendary enemies often show up as bosses, and if you consistently play expeditions, you will complete this objective without a problem. 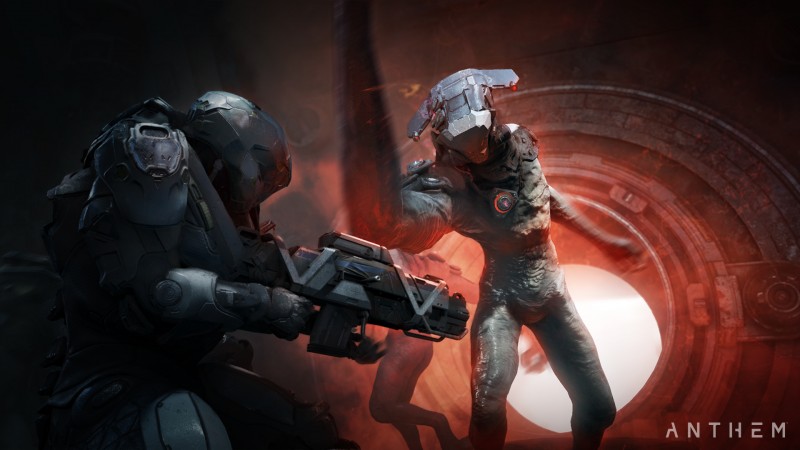 The Trial of Yvenia insists on:

15 Treasure Chests: This is the one you’re likely to get frustrated over. It doesn’t sound like 15 chests would be a big deal, but most players we’ve spoken with have gotten hung up here for a couple of hours. That’s because (unless it gets patched) you must personally open the treasure chests, not just benefit from what’s inside. Because of that, if you’re playing in a group, you need to be the first one at the chest to get credit. The Tyrant Mine stronghold has a couple of chests available, and world events will also help you along your way, presuming you get to the chest before other players. In Freeplay, there’s also a number of treasure chests that are hidden throughout the open world. They can be hard to spot, but they do have a distinctive blue glow if you sight one. Good luck.

25 Harvests: This challenge is straightforward, but it can take some time if you haven’t been attentive to gathering crafting supplies. Watch for mineral and plant foraging points on the ground (and underwater) as you explore, especially in Freeplay. Harvest those nodes to progress the objective.

3 Javelins Repaired: Nothing fancy here. Play in a public party, and watch for those moments when one of your companions goes down. Of course, this is more likely to happen on higher difficulty settings…

10 Collectibles: This is a good one to watch out for from early on. If you are conscientious, it’s unlikely you’ll have to spend too much time searching when the time comes. Collectibles are marked with a small magnifying glass when you get close. Unfortunately, the ones you find in the hub space of Fort Tarsis won’t progress this objective.

Good luck on your hunt. By keeping the objectives in mind ahead of when the mission shows up, we hope you don’t get hung up for too long on what can otherwise be a tedious slog.