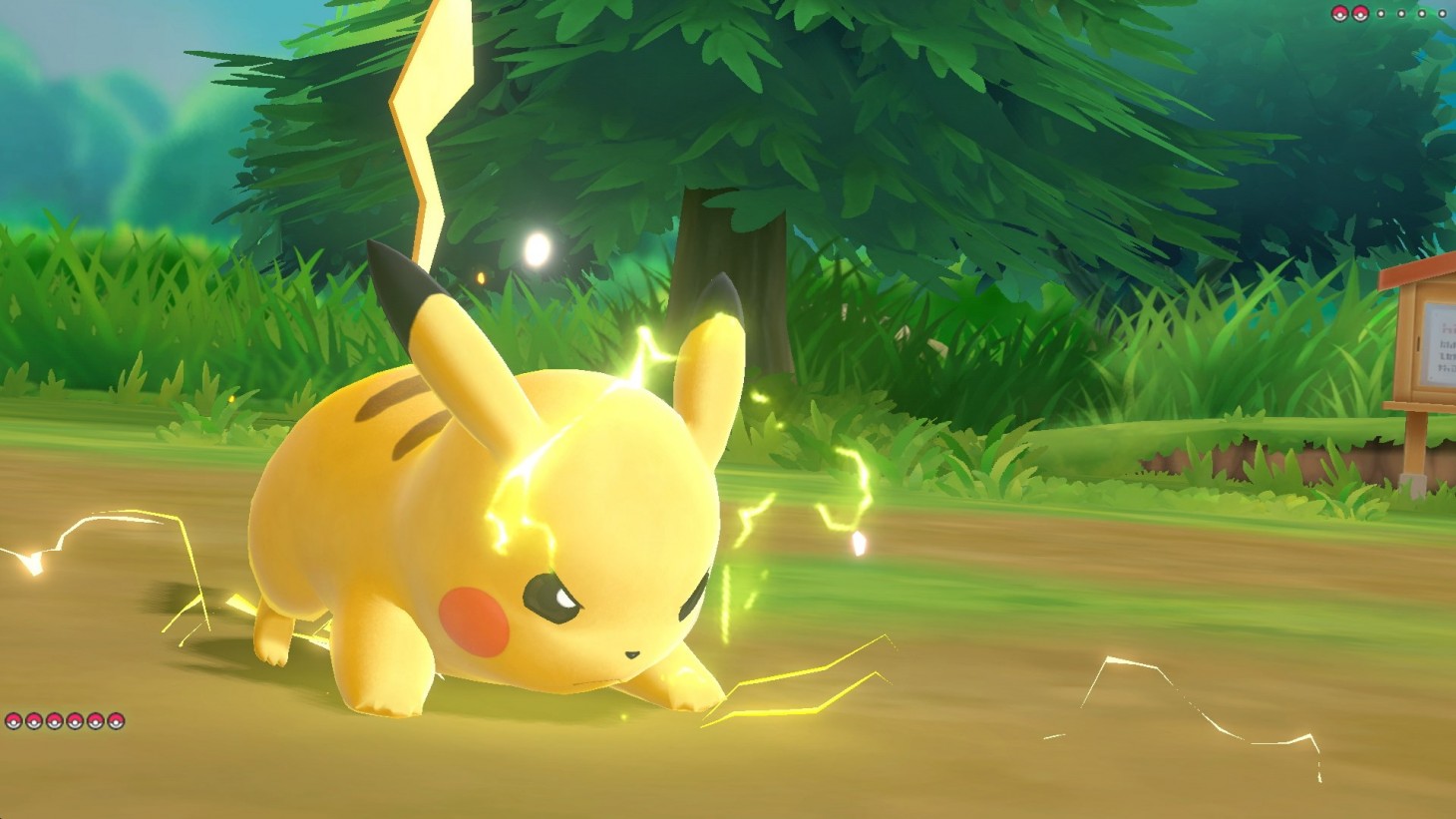 Pokémon: Let's Go, Pikachu and Let's Go, Eevee hit this Friday, and we are technically allowed to post our review. However, the implementation of Pokémon Go wasn't available in time to test and assess, so we're holding off on our full review until we can spend time with that feature, but I can still share some impressions.

I'm happy to report that these are strong remakes of the first-generation Pokémon games; as someone who has traveled through Kanto in its entirety six times prior to playing Let's Go, sightseeing these cities in crisp, 3D visuals was a delight, and watching the battles play out with improved animations and visuals is great.

I love the way random Pokémon encounters have been done away with in favor of seeing them walking around on the map. I also like the encounters' simplified approach (which borrows from Pokémon Go), with the focus more on aim and which ball you use in the encounter. It makes the encounters go faster, and it keeps the pace up.

However, I don't like the way motion controls are used in these encounters. Flicking the Joy-Con or the Poké Ball Plus peripheral means inconsistent motion controls led to multiple errant throws, so I settled on handheld mode, where the motion controls are limited to using the gyroscope to aim the ball, then pressing a button to fire it.

Outside of the annoying motion control implementation, I don't have many things to complain about with Pokémon: Let's Go, Pikachu & Eevee, but I'm eager to see how the Pokémon Go connectivity works out.