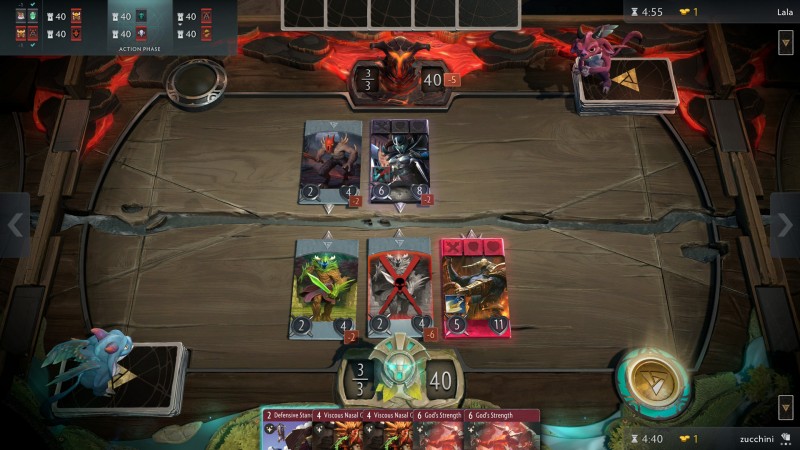 As Valve had previously announced, the company will be holding an invitation-only tournament this weekend for Artifact, their upcoming Dota 2-based card game. The developer will also use this event as a launch point to start pre-orders for the game, which releases two weeks later on Steam.

A beta is being held in-between the tournament and the release on November 19, though Valve has not yet clarified who is getting beta access. PAX Attendees who played the game in Seattle were given a code for access, but it would not be surprising if pre-orders were the method to determine who gets into the beta.

Additionally, Valve has released APIs to aid Artifact fans with homemade software for building decks. As there are already community-driven sites that, say, determine what kind of Artifact deck you would use based on a questionnaire about your personality, Valve wants to make that process a little easier. The developer is releasing the APIs to automatically grab images of cards and text, as well as sharing codes for decks. You can access the APIs here and start making new things to your heart's content.