Daybreak's standalone survival game H1Z1: Just Survive just couldn't live up to its name. In a letter to players on the official website, the developer announced plants to retire the game later this year.

"After careful consideration, we’ve made the difficult decision to sunset Just Survive on Wednesday, October 24 at 11 a.m. PT," the letter reads. "The excitement of the game’s promise was palpable and its loyal community is still full of ideas for its future. Unfortunately, we are no longer in a position to fulfill its greatness and the current population of the game makes it untenable to maintain."

While the survival game's time is coming to an end, H1Z1's battle royale game King of the Kill is still alive and kicking on PS4 and PC. The studio said this past April that it is "open to exploring" other platforms like the Xbox One as well. 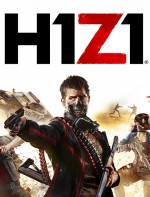