Have You Been Listening To The Super Smash Bros. Ultimate Music Samples?

With every new Super Smash Bros. games, fans are always curious and excited to see what new musical tracks from the games represented will make their way into the new Smash Bros. title. With Smash Bros. Brawl, director Masuhiro Sakurai called in multiple composers from the industry to arrange songs from different series, which had things like Kirby music being arranged by Final Fantasy XIII's composer or Donkey Kong Country music arranged by Wild Arms' composer.

Since the game's announcement, Nintendo has been slowly posting music samples of new tracks for the new game. Since the Inkling is a new character for the game, the track Bomb Rush Blush is playing on the Moray Towers stage and is composed by Tomoya Ohtani, who is behind a lot of Sega classics like Space Channel 5 and Chu Chu Rocket.

Today's update is a medley of Mega Man 4 music done by Jun Senoue, a longtime Sonic veteran who is primarily known for his more modern rock stylings in the series.

You can find more samples, and a place to find the rest of the music as they get posted, on the official site right here.

What dream composer and series combinations do you hope make it to the game? 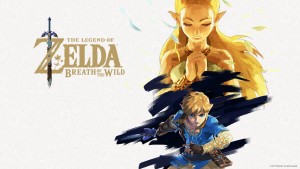 Zelda: Breath Of The Wild Is Just As Brilliant Today As It Was In 2017