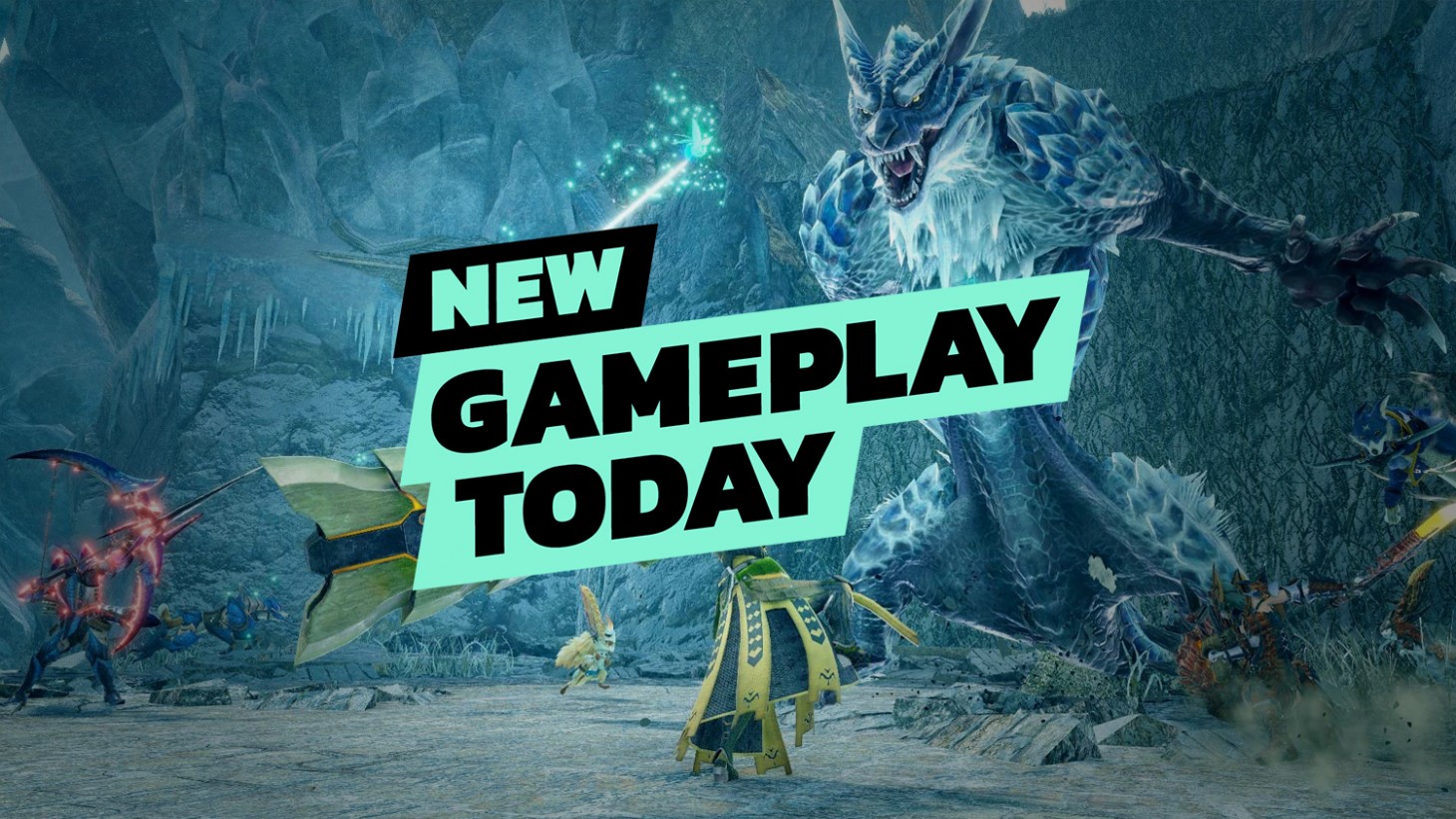 The Monster Hunter franchise has been one of Capcom's most prominent over the last few years, and the publisher hopes to continue that trend with the release of Monster Hunter Rise: Sunbreak, the PC and Switch title's first major expansion. Join us as we give you an early look at some new gameplay and discuss our hands-on impressions of the hotly anticipated DLC.

Your hosts for this New Gameplay Today are none other than Alex Stadnik, Jill Grodt, and John Carson. The crew starts the video by showing off one of the new areas in Sunbreak and discusses what fans can look forward to when it releases on June 30. Jill recently got to go hands-on with the game and has plenty to say about not only the new world but some of the Western-inspired monsters players will be hunting. The team at Capcom has pulled from legendary figures such as werewolves and vampires for Sunbreak, which becomes very apparent when you lay eyes on a few of the creatures they're highlighting today.

But what's new monster-hunting without new rewards? John also chimes in and discusses his time talking with the developers and describes some of the new Wirebug abilities coming in the DLC. Whatsmore, we also go in-depth on the new Follower Quest system and chat about how it overall adds to the single-player experience. Finally, the panel wraps the video by showing off the other new areas hunters will traverse and where Jill and John's hype levels are after getting their best look at Sunbreak to date.

Thank you so much for watching today's video. If you want to learn more about Monster Hunter: Sunbreak, be sure to check out Jill's written preview of her time chasing after these gigantic creatures ahead of the expansion releasing later this month. For more previews of the biggest games in the industry, be sure to head over to our YouTube page for looks at Forspoken, Diablo Immortal, and MultiVersus!