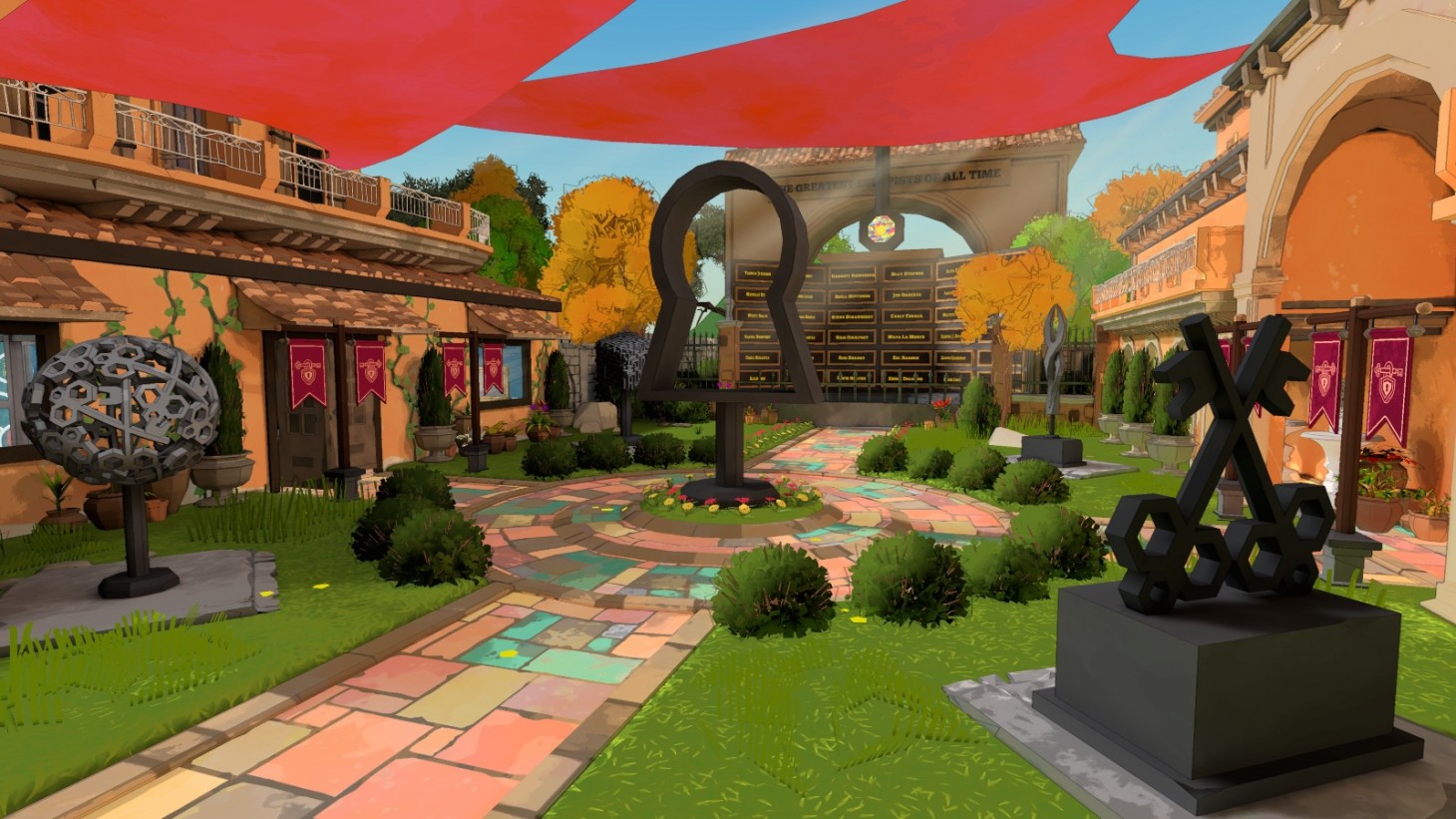 Escape Rooms have become all the rage over the last decade, but the pandemic has put a damper on the in-person experience. Escape Academy brings the concept home, expanding the concept into a broader adventure set in an unusual university.

You control a new student enrolled at a school dedicated to training escape artists. Nearly every room, floor, or corridor of this institution hides a puzzle or three, and very little is what meets the eye. The same extends to the eclectic faculty, including a mysterious headmaster. The first-person game tasks you with earning grades by solving escape rooms themed after various academic subjects, which you can unravel alone or with a buddy in split-screen co-op (both local and online). Collect eight badges, and you graduate. An overarching story propels your semester, but developer Coin Crew Games is keeping plot details under lock and key.

Coin Crew Games’ members have a love for escape rooms. The team designed the game in response to the inability to play in-person during COVID lockdowns and cherry-picked elements from their favorite destinations to incorporate into the game. Series such as The Room and Zero Escape provided additional inspiration. The studio categorizes Escape Academy as an “escape room game” rather than a puzzle game. The difference, the team states, is that while traditional puzzles present one primary challenge, escape rooms feature multiple individual riddles that intersect and parallel one another towards an overarching goal: getting out.

The colorful rooms are unique in aesthetics and the puzzles they contain. For example, one level unfolds in the sewer-dwelling of the school’s janitor, which is rapidly filling with water. Each stage allots a limited amount of time to get out as you scour rooms for every clue you can find. Opening locks, deciphering codes, and other problems require players to leave no stone unturned. To streamline things, Coin Crew Games opted to exclude a staple of real-life escape rooms: red herrings. You won’t find useless objects designed to intentionally mislead you as the studio figures players will bamboozle themselves anyway.

A hint system, a virtual version of an escape room game master, provides helpful nudges in the right direction if you do get stuck. However, hints operate on a cooldown, and using them affects your final score. Of course, escape rooms are often more fun when you can bounce ideas off a friend, and playing in split-screen co-op allows players to complete the entire game together. Why split-screen, even while playing online? Simple: it allows players to check on each other’s progress via screen-peeking.

I completed two escape rooms during my session. The first takes place in the headmaster’s office. With the clock ticking, I immediately felt a sense of urgency as I quickly read documents and scanned desks and walls for anything interactable. A combination lock to a briefcase displayed symbols resembling objects in the room. A locked drawer required its key. Escaping the room required me to uncover the full name of the headmaster by connecting various environmental dots. I won’t spoil any solutions, but every answer made sense, and puzzles naturally flowed and built upon each other. I escaped this room with relative ease and earned high marks based on how quickly I solved each puzzle and the number of hints I used.

My next room, a computer lab, proved far more challenging. Gaining freedom required me to hack into a conscious – and sassy – A.I. server. The puzzles in this room proved to be a real brain buster as I needed to restore power to the room, deactivate a laser grid, hunt the class’ pet mouse, and even play a creative take on sudoku. I got stuck multiple times, forcing me to turn to the hint system that provides enough guidance to spark “aha!” moments without giving away solutions. I solved this one by the skin of my teeth thanks to a cleverly designed math-based riddle that required taking physical notes to piece together, which the team encourages. I didn’t see any repeated ideas from the previous room, something Coin Crew says is by design: no two puzzles in Escape Academy are alike.

My campus tour of Escape Academy was an enjoyable one. As a fan of puzzle games like The Room, I love solving multi-layered riddles to crack a larger goal. So far, Escape Academy nails the satisfaction of unraveling giant yarn balls of secrets and feeling like a genius. I’m curious to see how the other rooms fare and how its narrative ties the experience together. Thankfully, the game isn’t far off from release. Escape Academy is launching on June 28 on PlayStation 5, Xbox Series X/S, PlayStation 4, Xbox One, Switch, and PC. 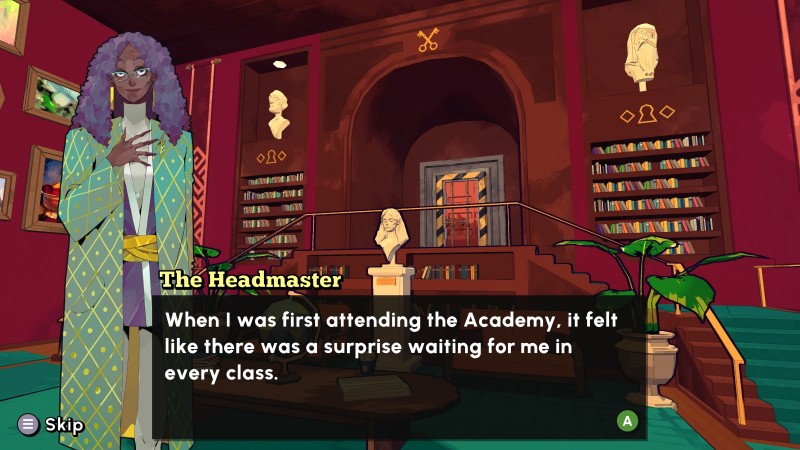 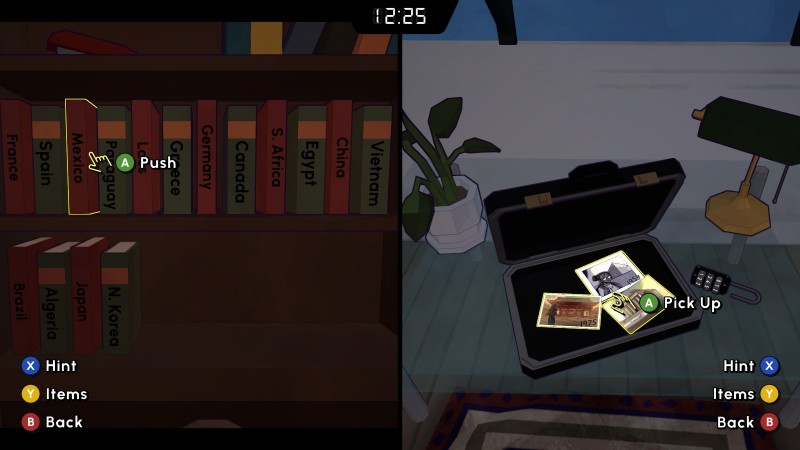 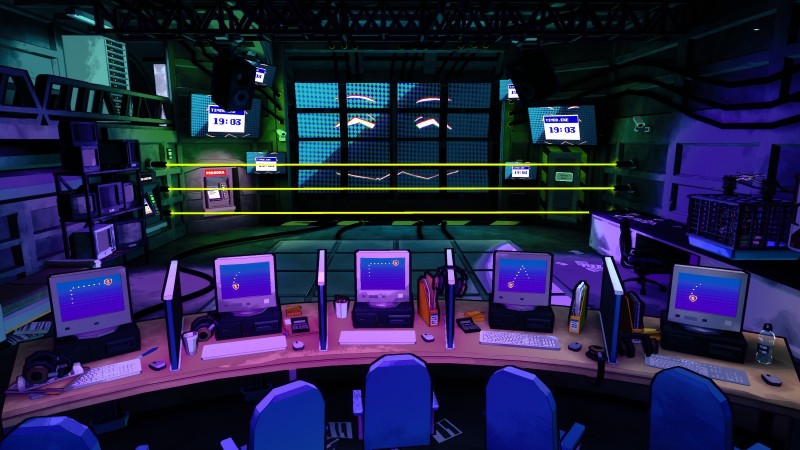 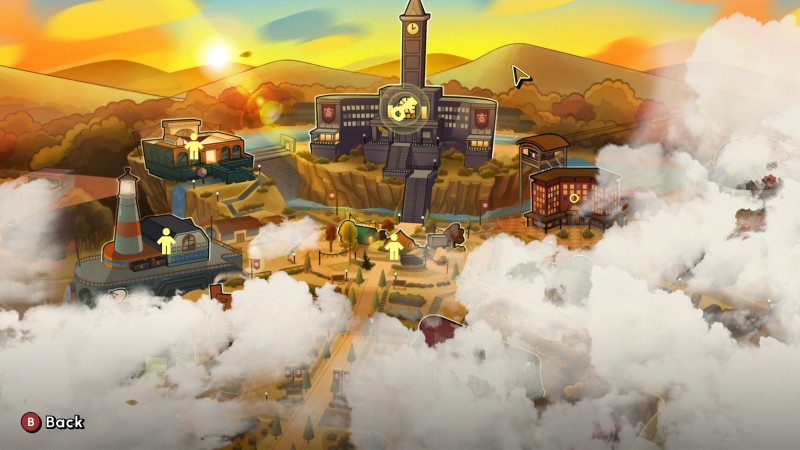 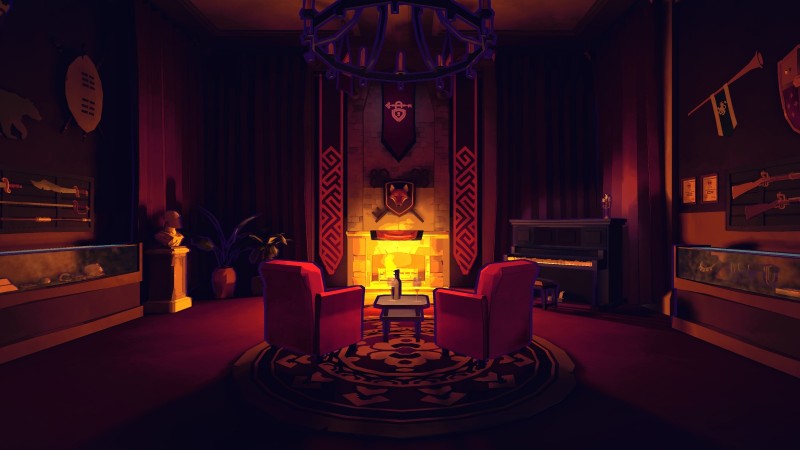 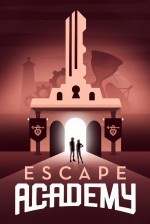