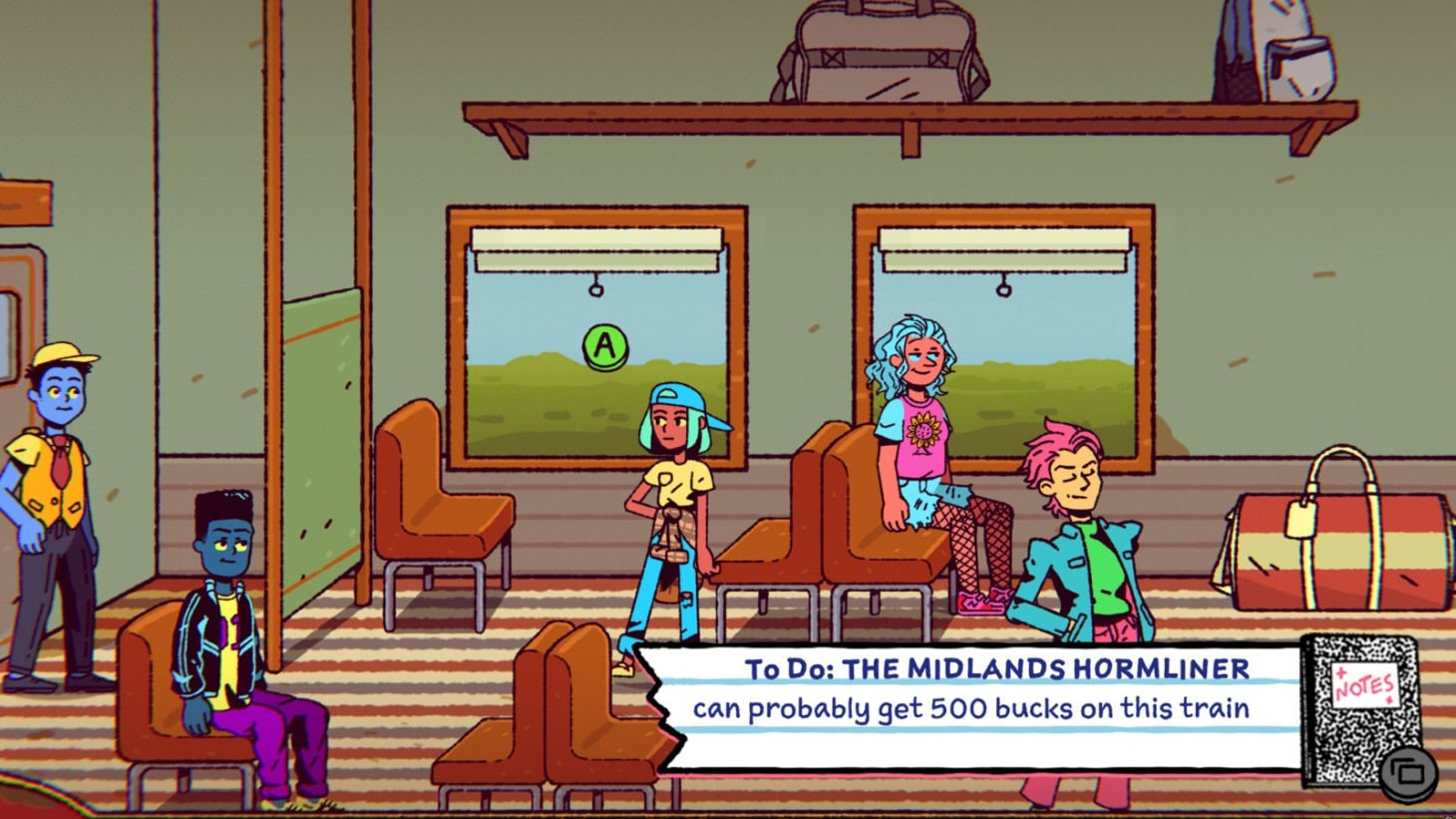 The Big Con transports players back to the ‘90s when video rental stores dotted the land, tacky bright colors were in like Flynn, and you could unironically describe something as “radical” and be considered, well, pretty rad. The game launches today, and I've found the game's first few chapters to be as enjoyable as drawing that cool "S" symbol over and over again. That's a compliment in case you're a young 'un. That thing is weirdly entertaining to make.

The game stars Ali, a mischievous though good-hearted teenager who discovers her mom’s video store (which also serves as their home) is in danger of being foreclosed by dubious loan sharks. Saving the store requires repayment to the tune of $97,000. Despite her mother’s resistance, Ali wants to help, and she secretly partners up with Ted, a well-dressed teen and master con artist, who shows her the ins and outs of stealing. That's right; you'll need to con your way to enough money to buy a fancy new car. She’s also got Rad Ghost, a humourous apparition that is the walking distillation of early ‘90s attitude who serves as your hint giver and moral support.

Under the guise of attending band camp, Ali and Ted embark on a cross-country road trip to hunt for increasingly bigger scores. Every stop along the way, whether it be shopping malls or a busy train, serves as a self-contained level, and the goal is to accumulate a certain amount of cash before moving on. As you freely roam around areas, you'll gather items and converse with folks to find out what makes them tick and, most of all, the things they're willing to open their wallets for.

I'm spending most of my time pickpocketing friends, frenemies, and plenty of colorful strangers. It’s the most basic form of stealing and can be performed on just about anyone. Doing so involves sneaking behind targets and winning a simple mini-game of stopping a moving cursor inside of the colored section of a bar. The harder the pickpocket, the faster the needle, and the more narrow the safe zone is. That doesn’t necessarily mean you’ll earn more money from tougher robberies. I'm scoring close to $100 or more from easier targets after initially getting single-digit amounts.  Pickpocketing isn't the hardest thing in the world, provided you possess decent reflexes, but it does capture the tense timing of nabbing what isn't yours without detection. Not that I would know anything about that, of course.

So far, there doesn’t seem to be any apparent moral consequence to flexing those sticky fingers. I kind of hope that remains true because I’ve had no quarrel with stealing a child’s favorite baseball card to sell to a desperate collector or robbing a mother while she strolled peacefully with her newborn. Failing the pickpocket game does get you caught, however, though it only means you can’t attempt to rob them again without wearing a disguise. Paper bags, clown noses, Groucho Marx glasses, and other silly outfits can be found while exploring and allow you to frisk targets who are on to you. You can only get caught three times in total, though, so don’t be afraid to move onto someone else if a target is too tricky to fleece.

You can make decent money digging through pockets, but the bigger scores come by eavesdropping on folks to learn about their wants and needs, then capitalizing on them. I encountered a desperate father looking to buy a sold-out doll for his whiny daughter and a stock trader willing to pay anything for a hot market tip. Getting what you need generally hasn’t been difficult as long as I explored thoroughly and talked to everyone. To help the stock guy, I feigned interest to a financial expert who was more than happy to regale me with a humorously long diatribe about current market trends. Regurgitating that lecture to the needy gentlemen netted $1000 for the tip.

The puzzle design has yet to challenge me, and I think I’m okay with that for now. The Big Con has design trappings reminiscent of point-and-click games of old, but I haven’t had to combine items or manually present them in the sometimes annoying “is this what you’re looking for?” kind of way. If you have what someone needs, the game clearly surfaces it through dialogue. This takes away a lot of the frustrating guesswork and obtuse dot-connecting that the genre can be notorious for and allows me to enjoy the goofy writing and weird situations.

You’ll also pick up random junk in addition to costumes and quest items. Nothing goes to waste in The Big Con, though, thanks to an eccentric collector who tasks you with finding items that match certain themes. For example, he'll want things that remind him of corn or cows. He’ll pay for each correct item, and he’ll also buy all of your remaining junk once you’re ready to move on to the next area. It's a nifty way to make some extra cash, providing further incentive to poke around your surroundings.

So far, The Big Con has been a charming homage to a decade near and dear to millennials such as myself. It's been a smooth game to sail through since the mechanics and puzzles aren’t the deepest in the world, and while that could be taken as a knock, I’d rather something be simple and make sense than be overly convoluted. That could change as I explore deeper, of course, but for now I'm having a good time soaking in the vibrant presentation and catchy soundtrack. I’m also growing more and more curious if Ali’s altruistic crime spree pays off. Can she rescue the video store? Will she face any consequences whatsoever for her actions? Seriously, what’s really going on with Rad Ghost? You can answer those questions and more right now by picking up The Big Con on Xbox Series X/S, Xbox One, and PC. 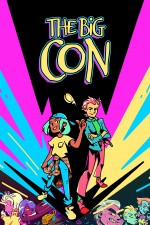