Dreamscaper is out now for PC and Switch. What is Dreamscaper? Well, it’s a roguelike romp through, as you probably guessed by the title, dreamscapes. As the character Cassidy, you’re tasked with navigating both the dream world and what appears to be the waking world as you unravel mysteries and acquire a ton of various unlockables. Dreamscaper is part of the more recent wave of roguelikes, decidedly in the roguelite camp, meaning that the player is constantly unlocking new things to find on runs and also gaining permanent power boosts.

While you only have one “life” to live each time you dive into dreams, you’ll come back bolstered better than ever before. The more you play, the more builds you have to unlock, discover, and combine, syncing together powerful melee attacks, ranged firepower, and magic dream abilities. Dreamscaper also offers a rather newish concept in the roguelite genre that you can turn on or off, an ability known as lucid dreaming that makes you just a bit harder to take down every single run, assuring that you’ll continue to make progress at a good pace even if you can’t master each boss fight or room configuration.

Dreamscaper offers players a multitude of tools to explore including a parry system for deflecting enemy attacks, including projectiles right back at foes. Don’t feel like parrying? You can perfect dodge your way to victory with the right timing. While it may seem there are a ton of abilities on deck when you begin, you’ll eventually get comfortable weaving together huge combos of both defensive and offensive-oriented fare for great effect, able to topple bosses that were once intimidating with blazing speed and finesse.

Check out more in this episode of New Gameplay Today as we walk you through the surreal, enchanting dreamscapes of… Dreamscaper! Have you taken to any of the recent action roguelikes? How about old ones? What’s your favorite? Let us know in the comments! 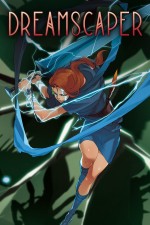