Everything You Need To Know About Supermassive Games’ House Of Ashes
by Kimberley Wallace on May 27, 2021 at 11:30 AM

Until Dawn developer Supermassive Games is finally pulling back the curtain on the third entry in its Dark Pictures Anthology, a game pentalogy, with each standalone entry mashing together different subgenres of horror. House of Ashes brings new frights and surprises as you explore an underground temple and discover horrific creatures nesting there.

The newest entry in the anthology takes inspiration from famed horror writer H.P Lovecraft, particularly his book At The Mountains of Madness, in addition to iconic films such as Predator, Alien, and The Descent. “At its heart, House of Ashes is an exploration horror: a group of experts on a critical mission, in a remote location, cut-off from any backup facing an inhuman enemy threat,” says director Will Doyle. “It’s also a story about loyalty, duty, and trust.”

We saw a presentation and interviewed the Supermassive team, learning firsthand about the new setting, themes, and improvements.

It’s Set During The Iraq War In The Middle East

House of Ashes is set in 2003 during the Iraq War. It begins with a U.S. military group on a mission to unearth weapons of mass destruction located underground. When they arrive, a firefight ensues, with holdout Iraqi forces attacking them, but then an earthquake disrupts everything, sending both sides down below into a vast underground temple. While this was a complicated time in our history, Supermassive says this is not a game about the war and its politics. “We knew that this could potentially be controversial,” says producer Dan McDonald. “Every step of the way, we've tried to treat it with respect. We've had lots of different consultants come on, whether it's about Arabic or the military, to try and make sure that what we're doing is grounded in reality ...  It's really a setting for us. [The war] is not what the game is about.” However, Supermassive isn’t shying away from addressing certain prejudices and tensions that may exist between soldiers on both sides. As you play, certain characters will be at odds over their different beliefs and must decide how to put them aside to survive an inhuman threat.

You Explore A Cursed Temple

All the games in the Dark Pictures Anthology have some basis in fact or legend, and discovering the connections rooted in reality and what liberties the Supermassive team took to tell a haunting story is always part of the fun. In the anthology’s first two entries, Supermassive tackled the legend of Ourang Medan and the 17th-century Salem and Andover witch trials. For House of Ashes, it’s going much further in history, letting you explore an underground temple dating back to the ancient kingdom of Akkad, which existed in the Mesopotamia region. This temple was built by a real-world historical figure: the self-proclaimed God King of the Akkad empire, Naram Sin, who reigned around 2250 B.C. Naram-Sin doesn’t have the cleanest history; he upset the gods by ransacking a temple belonging to Enlil, the God of Earth, Wind, and Storms. This brought on a curse of war, famine, and plague to Naram-Sin’s kingdom.

In House of Ashes, the huge temple you explore was Naram-Sin’s peace-offering to the gods to end the curse, but obviously, that didn’t get him back in their good graces. Akkad falls and the temple is buried under desert sands, only being rediscovered now. Expect some claustrophobic and enclosed spaces, as you're essentially trapped underground, but Supermassive also has areas open up regularly so you feel the vastness of this unknown world below the surface.

There Are Monsters In The Dark

Unraveling the deeper mysteries of the temple and finding an escape route won’t be your only challenge. You have even greater threats down below - a nest of monsters that are hungry for blood. “We want you to feel exposed, vulnerable, and threatened, to get a feeling you’re being watched at all times by creatures you know nothing about,” Doyle says.

Supermassive is really building up to the first time you actually come face to face with one of these deadly creatures, as they mostly lurk and kill in the shadows. “The creatures in House of Ashes are some of the most complicated we’ve ever made,” Doyle says. “But through hand animation and motion capture, we’ve created a monster that is very believable, very threatening, and very dangerous. And there’s a whole nest of them waiting down there for you.”

As with previous games, the fate of the five characters will be in your hands as you run through the adventure. Characters can die at any time, or potentially survive the whole ordeal. Every game has one big-name actor to support it. The Boys’  Shawn Ashmore took the helm in Man of Medan, followed by Midsommar’s Will Poulter for Little Hope. House of Ashes marks the first female star of The Dark Pictures Anthology, with Ashley Tisdale, best known for her Disney Channel roles, playing lead CIA officer Rachel King.

"We went after [Ashley] quite early,” McDonald says. “We had her in our mind, and she gave us a fantastic performance. I think she really wanted to try something different. So when we contacted her agent, she was interested in the project, because it was outside of her comfort zone and she wanted to test herself and stretch herself.”

We originally saw Tisdale's character wading through a river of blood and bones holding a human thigh bone as a torch in the teaser trailer, but it appears her headstrong protagonist is also struggling with what she wants for her future in the relationship department, which you will help her decide.

Other characters who round out the cast include Colonel Eric King, Rachel’s estranged husband, making their relationship complicated as she decides if she wants to move on with someone else, stay single, or reconcile. Marines Jason Kolchek and Nick Kay also join them; Nick has been struggling with some of the horrific things that have happened to him in Iraq, whereas Jason likes to throw his higher rank around and be large and in charge. Lastly, an Iraqi soldier named Salim gets trapped with them, forcing the enemy sides to work together. "He's a father," McDonald says. "He's got a son that he wants to get back to. [He has a] life that he wants to get back to, and that shows. You see into his world; you see into his reality."

Supermassive thinks having people who were all connected by the war really helped them build some unique characters and conflicts. “It's an interesting point to start off from for character motivations, and it allowed us to build up a team of characters that work together, that know each other,” McDonald says. “You get camaraderie and tension. Everyone doesn't always get on. Not a single one of them is clean and innocent. They've each got their own baggage that they bring with them. We wanted to make [our characters] more complex and nuanced. There is no black and white, good and evil. It's, 'How do you want to play it?' and ''How do you want that story to move forward?'

Building relationships again will be front and center, but this time you will have to decide when to put yourself first versus helping someone else. Supermassive has said difficult dilemmas around survival and collaboration will be at the heart of things. “What risk would you take to make sure nobody gets left behind?” Doyle asks, “And when all hell breaks loose, is there any place for compassion, or is it just to look after number one?”

Supermassive emphasized that if fans played previous games, they’ll have an instant-feel for the mechanics, so don’t expect big changes to the formula. However, the developer is always listening to fan feedback and made some improvements for House of Ashes, saying fans will notice “many improvements in how the game handles.” The team experimented in Little Hope with 360° cameras. For House of Ashes, fixed cameras have been entirely replaced by a 360° player-controlled camera to make exploration more immersive. A new flashlight button also lets you search the darkest areas of the catacombs with ease for secrets and new paths, but it does slow you down a bit when you use it, so you’ll want to only bring it out when necessary. Difficulty settings (easy, medium, hard) have also been added to the game, and since people are so divided on what’s considered easy or too hard for QTEs, Supermassive is also allowing you to adjust their difficulty in terms of speed to match your skillset.

House of Ashes is set to come out sometime this year, but doesn’t have an official release date. However, for the first time, enhanced versions will be available for the new-gen systems that raise the graphical fidelity greatly. Being the third game in the anthology, hopefully, Supermassive can raise the bar even further. Time will tell. 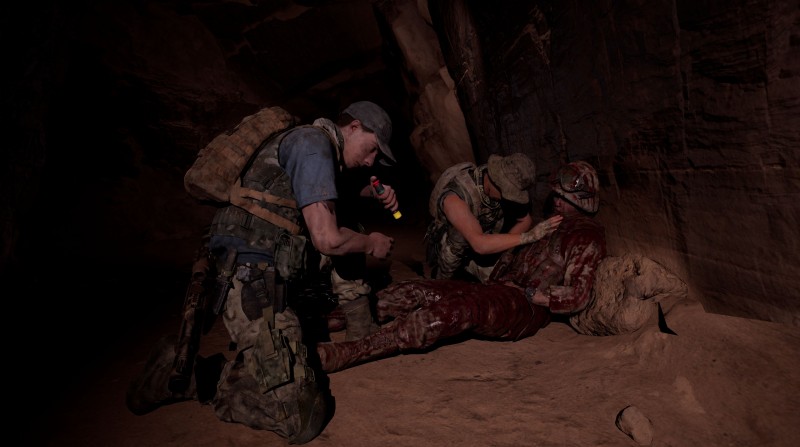 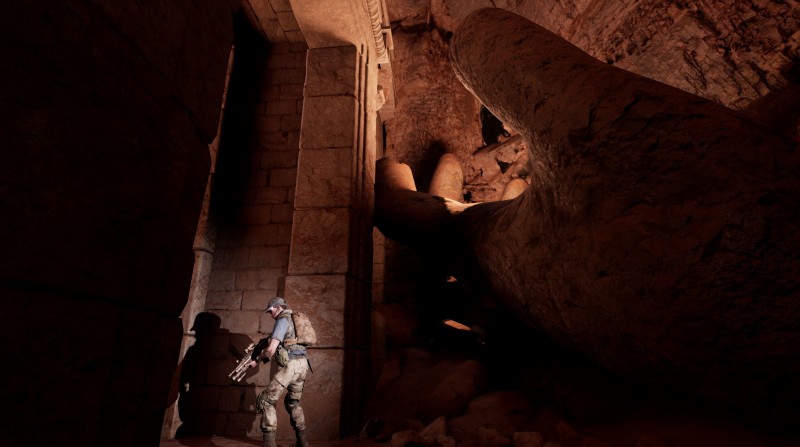 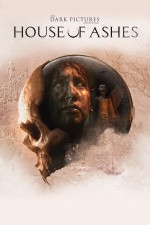