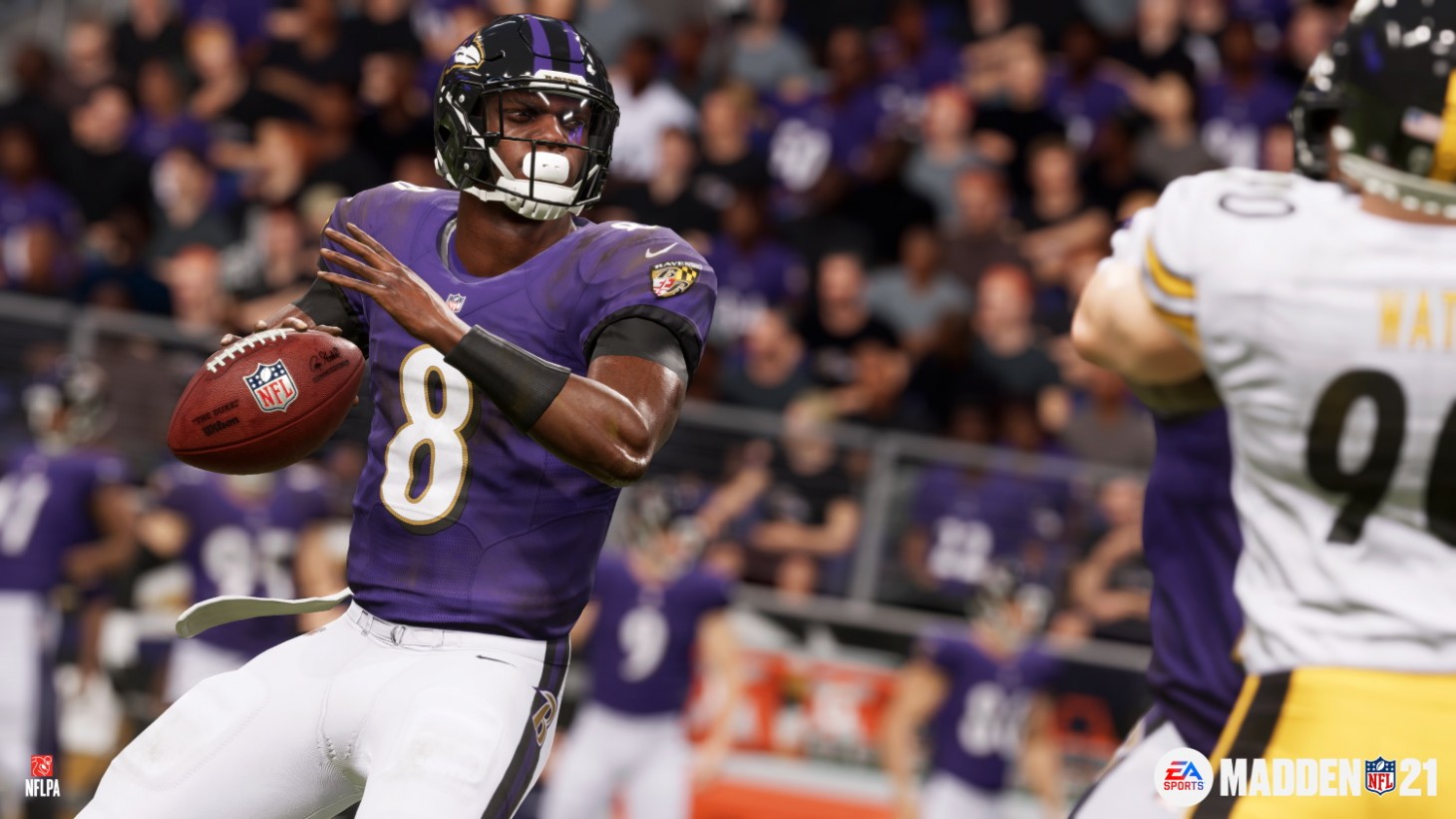 Madden NFL 21 released on PlayStation 4, Xbox One, and PC in August to mixed reviews. While the neglected Franchise mode has been a sore spot for the community at large, many have criticized the gameplay of the last-gen version as stale and full of glitches. As the series gets ready to make the generational leap to PlayStation 5 and Xbox Series X/S next month, EA Tiburon detailed exactly what improvements players should expect when they fire up the new-gen version of the annualized football title.

The utilization of Next-Gen Stats, an NFL-driven statistics collection process that gathers real-time data from on-field players thanks to an RFID chip in their shoulder-pads, means huge leaps ahead for how players behave on the field. Using the real-world data collected through this process, which the developers claim needed the power of the new consoles to implement, EA Tiburon is able to add more authentic, fluid motion across the game to enable the most realistic NFL simulation yet. These changes impact all 22 players on the field, meaning each player behaves and moves more like his real-world counterpart. 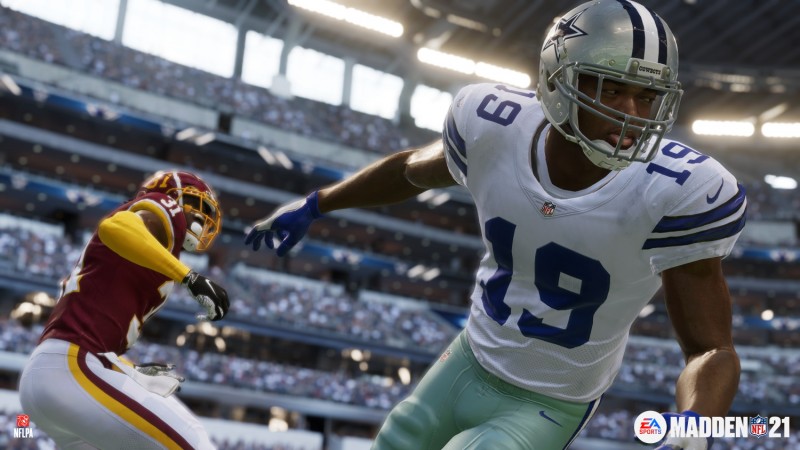 Next-Gen Stats impact myriad parts of the in-game experience, but perhaps the area most impacted is the route-running. Receivers now accelerate in more believable ways and cuts are much less robotic; seeing the same player run the same route on both versions side-by-side shows just how big of a difference the player behavior is in this new version. The best route-runners in the game will now create separation, and your receivers will run more like their real-life counterparts. Other offensive improvements include better pass leading, an improved run game, and quarterback movement that better differentiates pocket QBs from mobile QBs.

On the defensive side, coverage defenders backpedal in more true-to-life manner, with smoother running, cutting, and strafing. Defenders also now anticipate tackles, queuing up tackles for the defenders without pulling the ball carrier in. Additionally, the defensive A.I. has been improved upon with better gang tackles and tackling momentum, plus improved pass-rush timing. 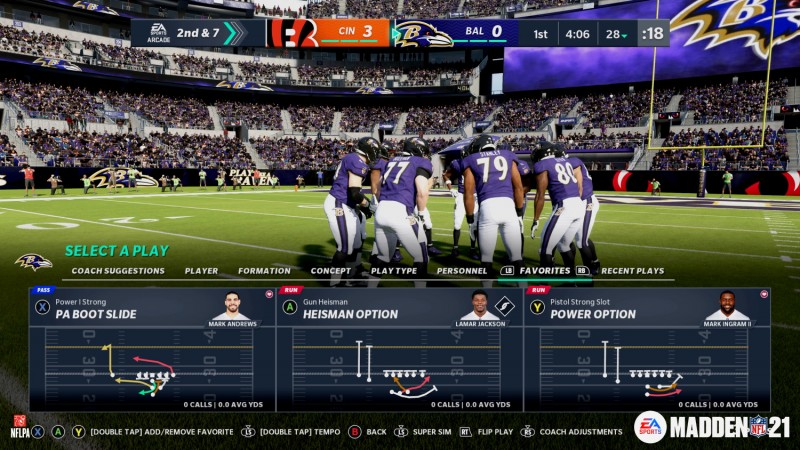 One of the most easily noticeable changes with the new-gen Madden is in the revamped play-calling. In addition to a new interface, players can call plays by player, bookmark plays for later, view X-Factor and Game Goals within the screen, and even add favorite plays to a new tab on the screen.

It's no surprise that players look better thanks to the improved hardware, but Madden NFL 21 on new-gen consoles promises way more than that from a visuals standpoint. Deferred lighting and rendering means the stadium environments look better, and the weather conditions and different times of day look better. Players on the field have improved facial details, and the body types look more realistic, including muscle jiggle, more lifelike movement, and cloth-tech animations that make jerseys flow in more organic ways. Off the field, the sidelines will be more densely populated with the actual players who are not in the game at that moment, and the players will react to the on-field action in more dynamic ways.

You can also expect the now-ubiquitous new-gen features like faster load times and controller haptics that let you feel moments like the oncoming blitz or laying out an offensive player with the hit-stick. However, using the new PS5 Dualsense controller, the team at EA Tiburon programmed the adaptive triggers for added effects like the sprint trigger to be harder to pull if the player is fatigued. The team also uses location-based audio, so you hear the sounds of the game differently based on where the camera is located, which is helpful since cameras are now in more places throughout the stadium.

On top of all of this, the post-launch improvements to gameplay and, yes, Franchise mode that have been added to the last-gen versions will appear in the PS5 and Xbox Series X/S versions at launch. Those who purchased Madden NFL 21 on PlayStation 4 or Xbox One are able to upgrade to the new-gen versions at no additional cost. Ultimate Team progress, as well as any Franchise saves stored in the cloud transfer to the upgraded version. Madden NFL 21 launches on PlayStation 5 and Xbox Series X/S on December 4. 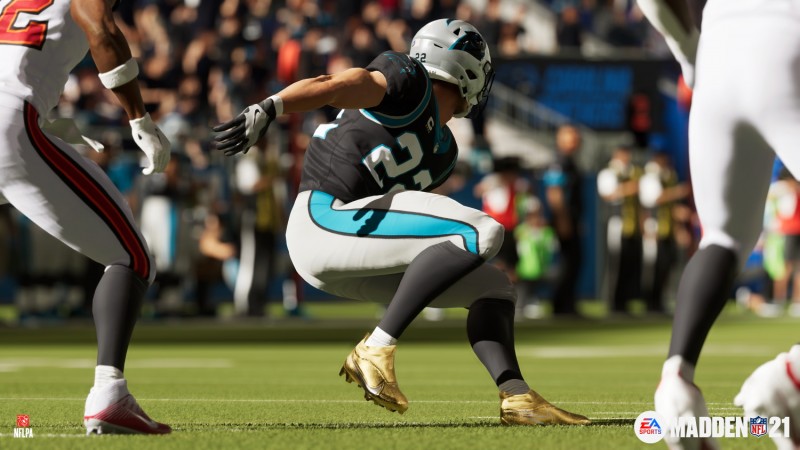 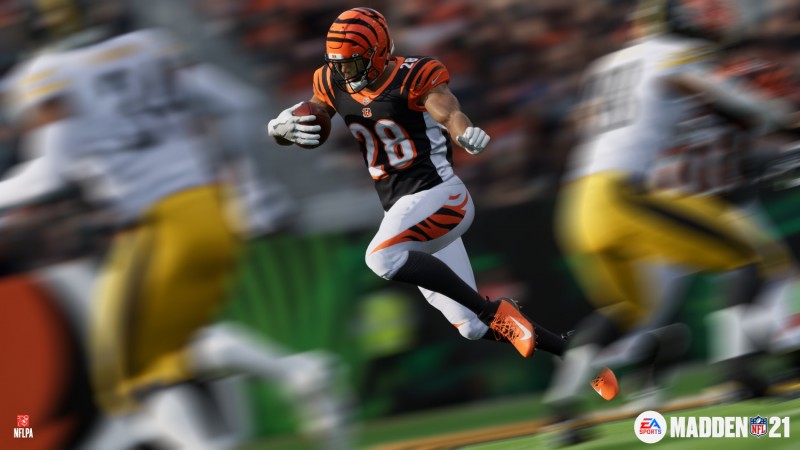 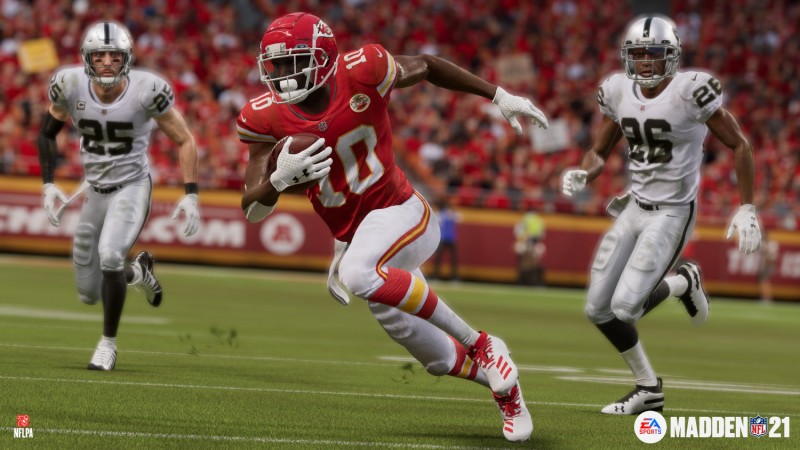 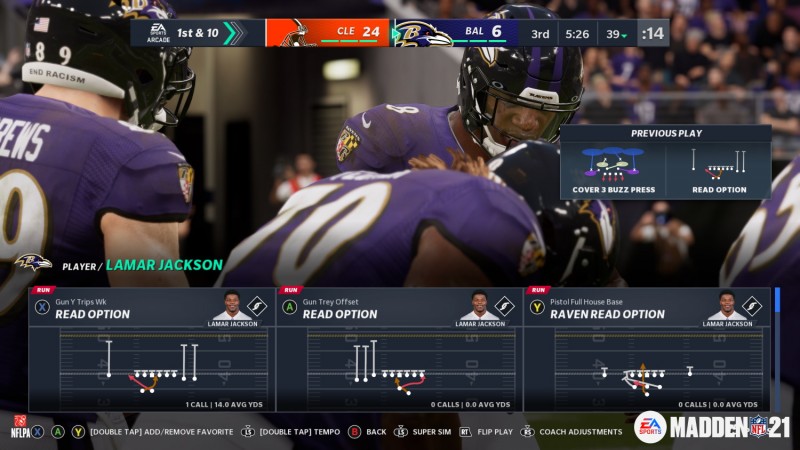 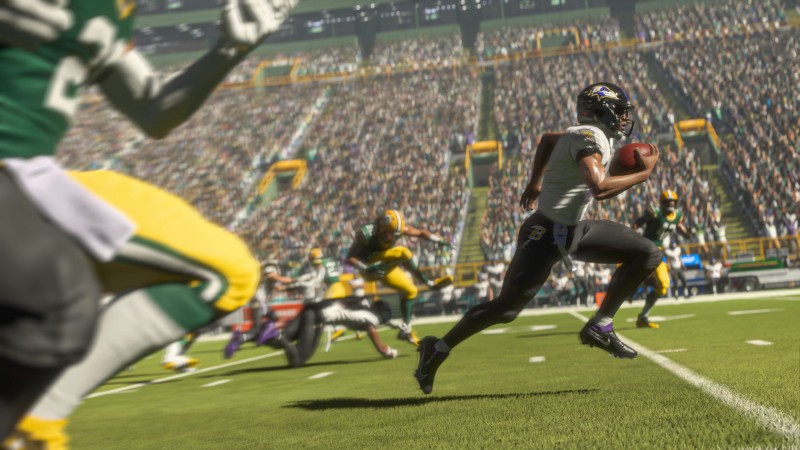 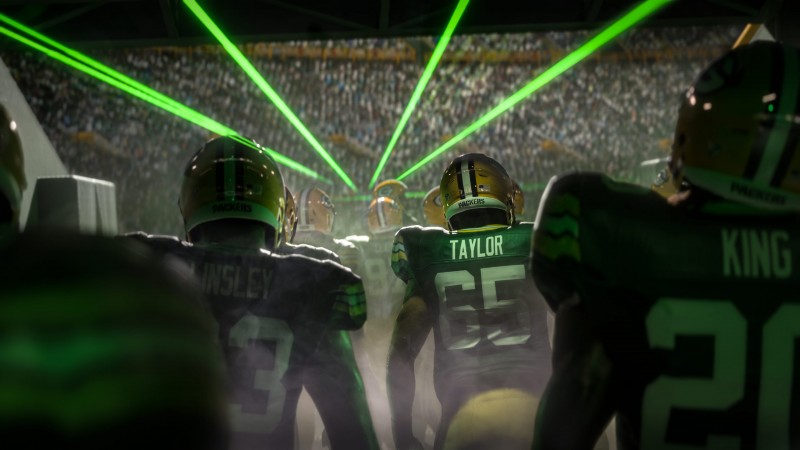 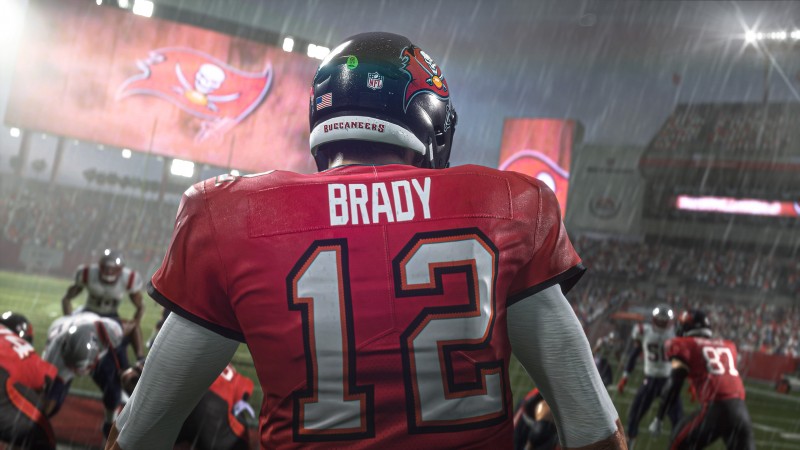 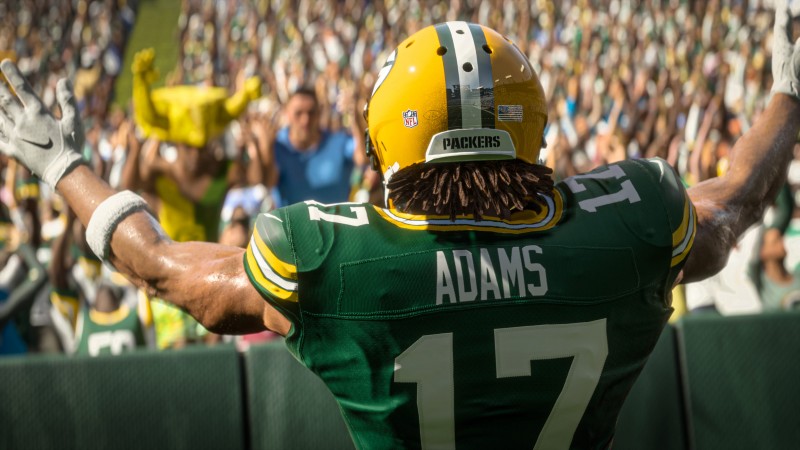