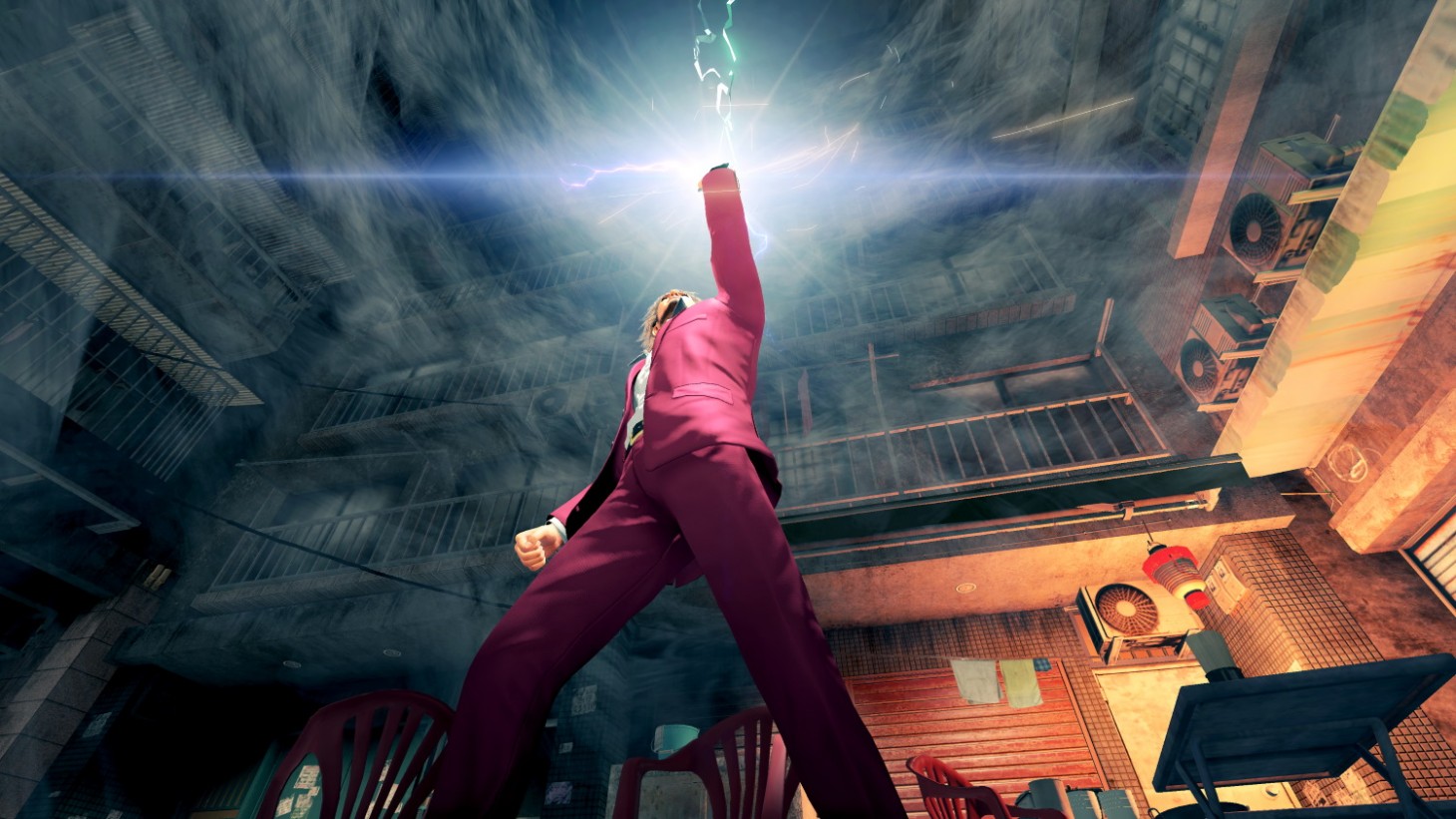 To this point, the Yakuza franchise has delivered a gripping narrative starring Kazuma Kiryu featuring fast-paced, beat-'em-up action with the gorgeous, bustling backdrop of Kamurocho. Yakuza 6: The Song of Life wrapped up Kiryu's long-running story, giving way for more tales to be told within the Yakuza series. With the upcoming Yakuza: Like a Dragon, developer Ryu Ga Gotoku Studio is turning several familiar elements on their heads. I had a chance to play through a chunk of the game starting in Chapter 5 to see just how different this new entry is.

For starters, the protagonist is Ichiban Kasuga, a man on a personal quest to be a hero after hitting rock bottom and spending nearly two decades in prison. The departures from the series to this point don't stop there: The majority of the game takes place in Isezaki Ijincho in the Yokohama district and unlike recent entries, you can choose either Japanese or English audio. However, the biggest departure from the typical Yakuza series is the arcade-style brawler combat being supplanted by a traditional turn-based-combat system. 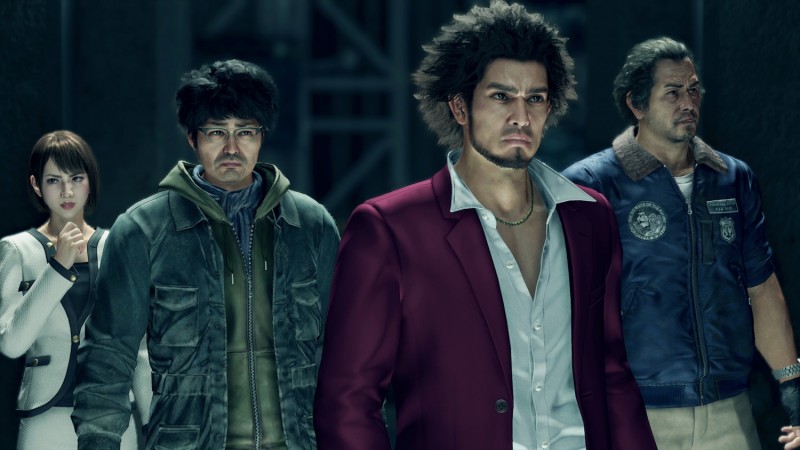 While that notion may be shocking to both longtime fans and those who have just jumped on board with the series in wake of the recent surge of popularity, the turn-based mechanics work surprisingly well. Fights play out in true turn-based fashion, with each character acting in order. When it's one of your character's turn, they can attack, use a skill, use an item, or guard. Attacks do basic damage, while skills (which cost MP) can attack multiple enemies, inflict status ailments, do elemental damage, or even buff/heal allies. Kasuga's Mega Swing skill does a decent amount of damage to all enemies in range, which is helpful for when you don't have time to deal with a group of street thugs.

In other Yakuza games, using environmental objects to your advantage can play a major role in the fights. While the free-flowing nature of that is somewhat lost in the new turn-based system, it's not completely gone. If you initiate an attack and an object is in the way, your character will either knock it over, possibly hitting the enemies, or pick it up and use it in the attack.

Some skills also feature cutscenes as they inflict extreme damage. For example, Saeko's Essence of Handbag Hurricane skill halts the action as she winds up and spins until her handbag smashes into the face of an enemy, leaving him bloody and defeated. Some, like Kasuga's Essence of Mayhem skill, get the entire team involved as they volley a single enemy back and forth in a satisfying and devastating fashion. 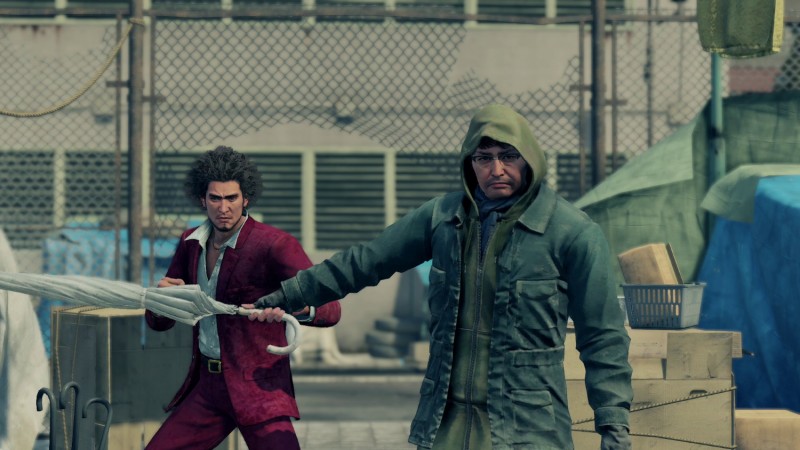 Another change is that your journey is not a solitary one. In fact, throughout my session, Kasuga was accompanied by three companions – his party. These party members can take on different jobs from a pool of 19 (plus an additional 2 DLC jobs at launch). Each of the party members began with only one job each; Adachi has the Detective job, which lets him fight using a police baton and judo, as well as techniques that let him disrupt the enemy and protect his allies, Nanba has the Homeless Guy job, which lets him use umbrellas and canes as weapons, as well as the ability to learn fire breathing, pigeon control, and smelly breath skills, and Saeko has the Barmaid job, giving her the ability to use her handbag as a weapon, plus the option of learning martial arts using cosmetic tools. Meanwhile, Kasuga uses the Hero job, letting him use a baseball bat. The Hero job is a versatile role, so he can learn several diverse techniques. He can also use the offense-heavy Freelancer job, which uses bare-knuckle and pro-wrestling tactics.

At the start of the demo, the team is searching for the killer of the boss of the soapland Kasuga works at. The quest takes them to Yokohama, where they begin poking around to find more information about the Yokohama Liumang, a Chinese gang Kasuga suspects may have been involved in the killing. Unfortunately, it doesn't take long for word of the nosy group to get back to the Liumang, and they confront the crew.

Without spoiling too much, a battle ensues and it kicks off a chain of events that involves infiltrating a Chinese club, which, of course, results in another fight, a lead on the murderer, and an escape from Yokohama. However, in my downtime, I decide to sample the local foods (which restore party HP and MP), pop into a couple of convenience stores for some health-restoration items, and take part in a minigame where I'm riding around on a bike, collecting cans in the streets while A.I. enemies try to ram me and steal my cans. Finally, I encounter a side-mission for the Part-Time Hero mission I took: a fight to save an in-trouble citizen with a monetary reward. I'm also pleased to see that Like a Dragon hasn't lost its flair for the odd and downright zany moments; during one random encounter, I fought a lubed up man in his underwear who slipped and fell when he tried to attack.

Since I was playing on Xbox Series X, the performance of Yakuza: Like a Dragon was excellent. The gameplay was responsive and smooth, and I didn't notice any frame rate dips or hiccups. In addition, my initial load into Yokohama was just around five seconds. 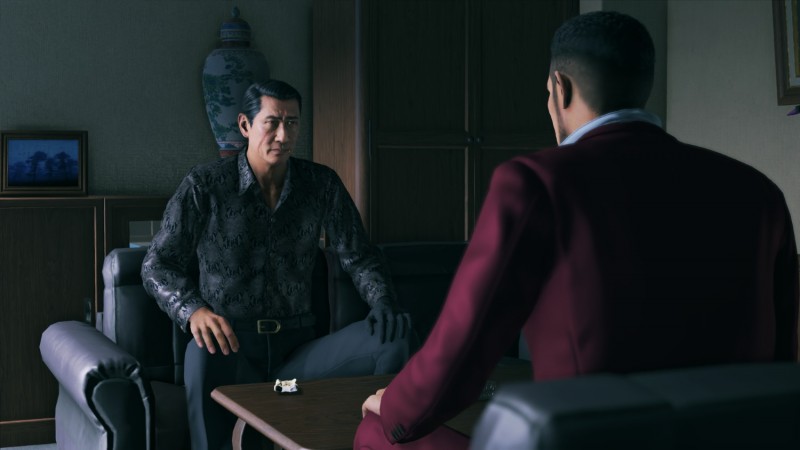 If what I played of Yakuza: Like a Dragon is any indication, the tone, grit, and humor of past games all carry forward in excellent ways, even while the series is changing its conventions in many ways. With an effective evolution of the franchise that doesn't sacrificing its identity, Yakuza: Like a Dragon looks to be another crowd-pleasing, jaw-busting affair.

Yakuza: Like a Dragon launches on Xbox Series X/S, PlayStation 4, Xbox One, and PC on November 10, with a PlayStation 5 version arriving on March 2.