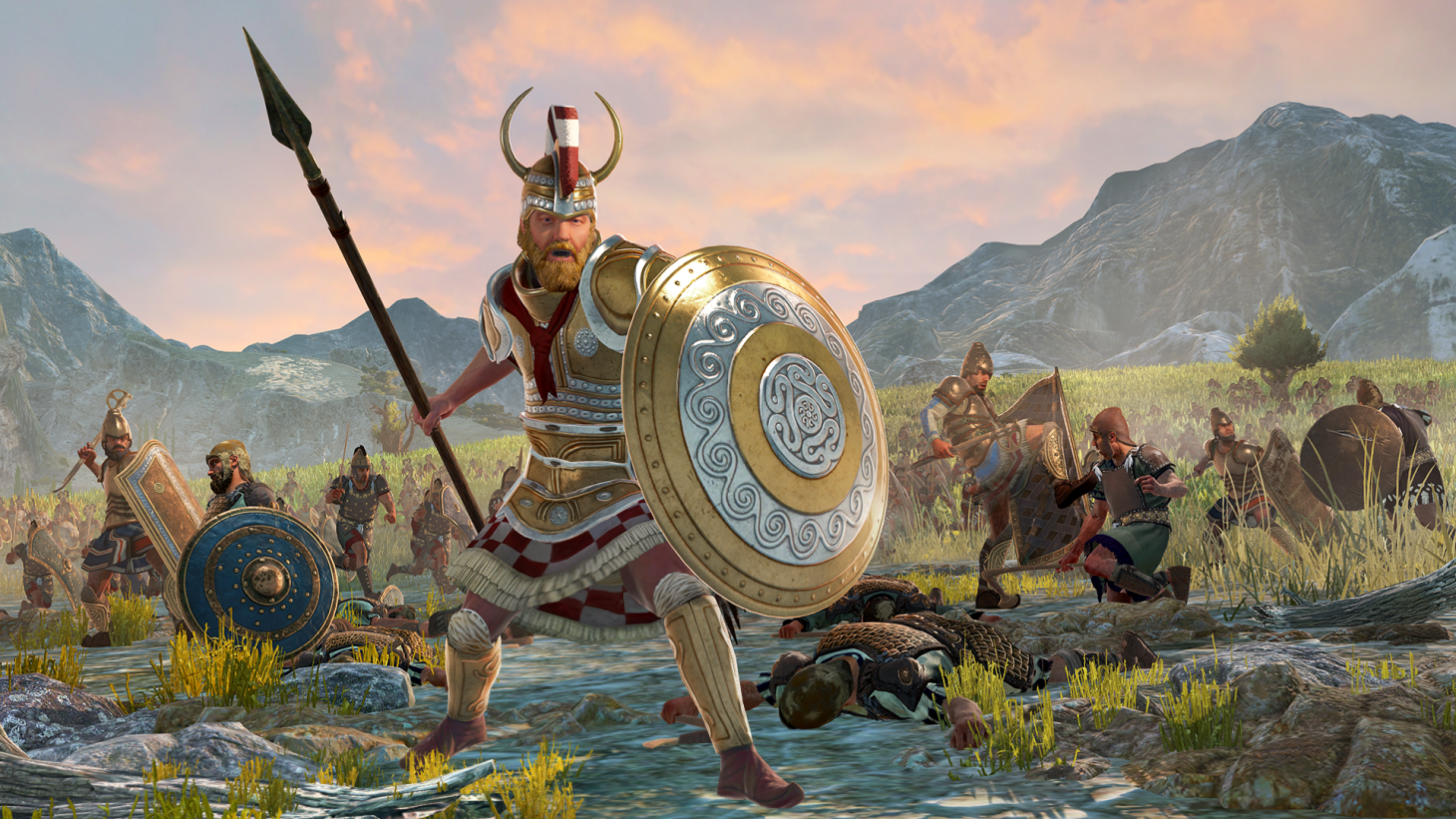 I had the chance to dive into a preview build of Total War Saga: Troy to kick around a few turns with my new favorite king of Sparta, Menelaus. While I'm not much of a fan of his diplomatic focus, I am a big advocate of heavy infantry and the militant Spartan options on tap. Before we dig into the gameplay, it should be noted that Total War Saga: Troy takes somewhat of a similar approach to history as the recently released Total War: Three Kingdoms. 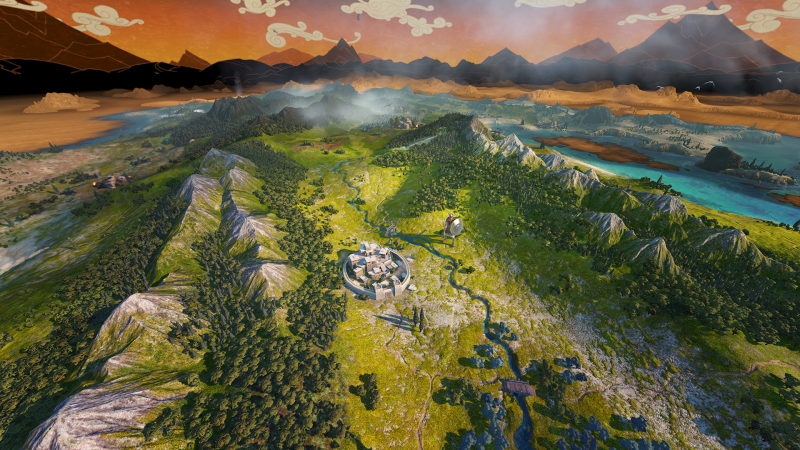 While it may all have some basis in recorded history, there's a big emphasis on heroes, legends, and myth – you can even earn the gods' favor for subtle effects. However, you (probably) won't see any giant monsters roaming around or casters fiddling their fingers to rain down hellfire like you might in the Total War: Warhammer franchise. It's a world where you can take your favorite characters from the famous Battle of Troy and have them fight it out in numerous ways, all in the wrapper of a Total War experience – that is, taking over a map, building an economy, and using your strategy to put yourself in the best possible position for when those giant battles take place.

It wouldn't be Greek myth without some minotaurs, cyclopes, harpies, centaurs, and gorgons, but those straight-up mythological creatures go too far for the fantasy scope that Total War Saga: Troy allows. Instead, the developers have introduced modified takes on these creatures that root them in reality. For instance, a minotaur is a berserker guy with appropriately styled garb. These "myth" units are generally tough to find/and or create, but they can make a flavorful and powerful addition to any army. One way to get them is to complete your Divine Will tree to the top; you're able to select a Greek god to worship and reap various themed rewards as you progress. For instance, if you're looking to do a lot of travel on the sea, Poseidon is a great pick. 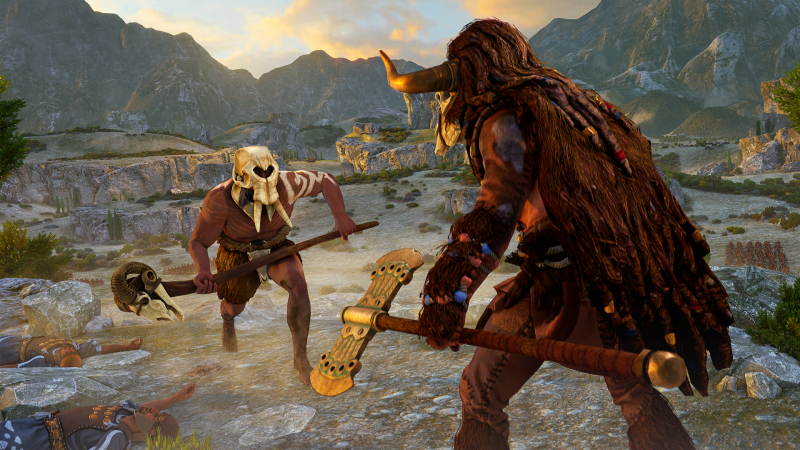 During this preview session, I got to take Menelaus out for a spin. Many other figures are available at the start of the game, with varying starting positions and difficulty levels. Paris was also available to play during this demo, but I said, "Forget about it, I'm going with the Spartan king." The first few turns are incredibly similar to other games in the franchise, with a ton thrown at you in terms of resource management and mechanics. Like other recent entries, an advisor is on hand to walk you through each and every step of the way, which is nice, because there are a lot of them. The Total War series and its mix of real-time combat and turn-based strategy can seem impenetrable to newcomers, so the advisor is a godsend. If you're willing to take the time and go through the motions, it pays off dividends for many hundreds of hours. After getting a few tips from my verbose helper, I recruited a few slingers and basic infantry and headed out to take over some territory.

Menelaus and his Spartans can colonize razed settlements without needing to have an army present. It costs a bunch of resources, but it also allows you to keep things moving across the map at great speed as you destroy cities and then build them up from ashes. Those Spartans are a scrappy bunch! Along the way, I'm accumulating a ton of different resources and upgrading my structures and cities, similar to other Total War games. Something new is the addition of an ultra-rare resource, gold, which is used to hire elite units and execute agent powers. It's hard to get, and you can do all kinds of real powerful things with it, so it behooves you to find ways to get as much as you can. Alongside the rare gold resource are common stuff you'll need plenty of: food, wood, stone, and bronze. I'm not sure if I like the vast array of different resources in the game yet as it seems like a lot to manage, but I'll have to wait for the final game to make the call on that one. 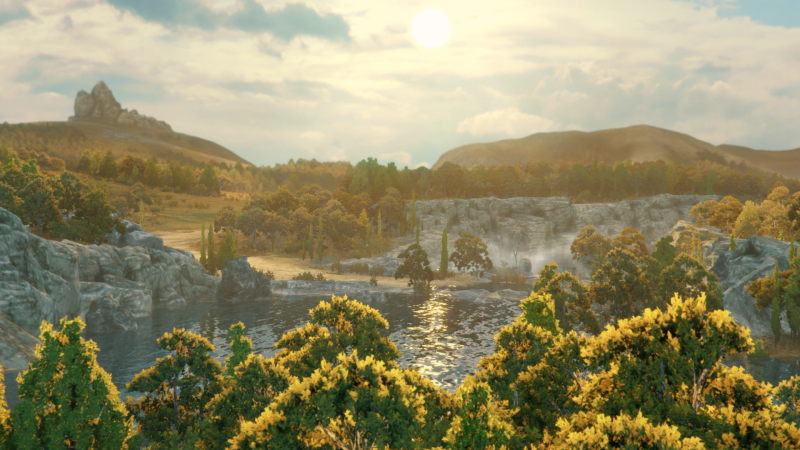 Missions to complete (quests) are constantly popping up begging for my attention. I can choose to ignore them, but it's in my best interests to try and complete them for extra rewards. These missions are handy for pushing players in directions, acting in the early game as a sort of extension of the advisor so you have some sense of what to do in case you're staring at your armies and holdings with a blank expression on your face. Epic Missions give your hero tasks that take them on paths similar to their Illiad history and come with giant rewards.

Since we're doing battle in the Mediterranean, there are some new terrain features that accentuate the battles we're already used to from other games in the series. Get ready to play in the mud! Heavy troops are at an extreme disadvantage in mud, as they get bogged down and become nearly immobile target practice for ranged units. Long grass provides a place to hide certain units, allowing you to surprise enemy forces from stealth.

I'm looking forward to seeing a lot more of Total War Saga: Troy when it lands on the Epic Game Store on August 13. It's free to play and keep if you pick it up on day one! 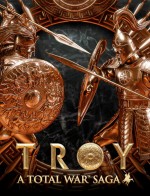