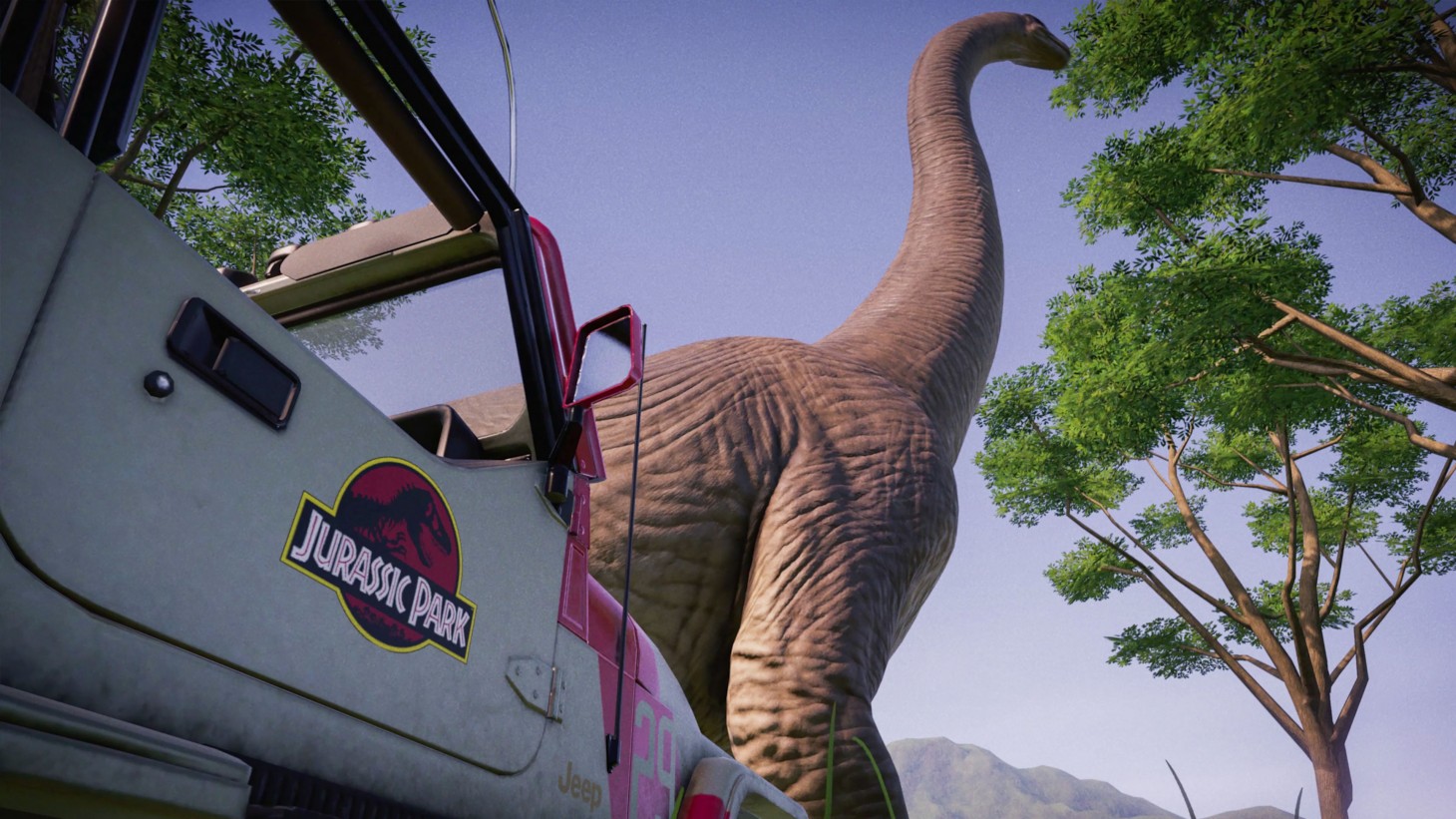 To this point, Jurassic World Evolution has seen several post-launch packs, including three premium DLC drops, seven dinosaur packs, and seven free updates. However, all of those additions took place within the modern Jurassic World. 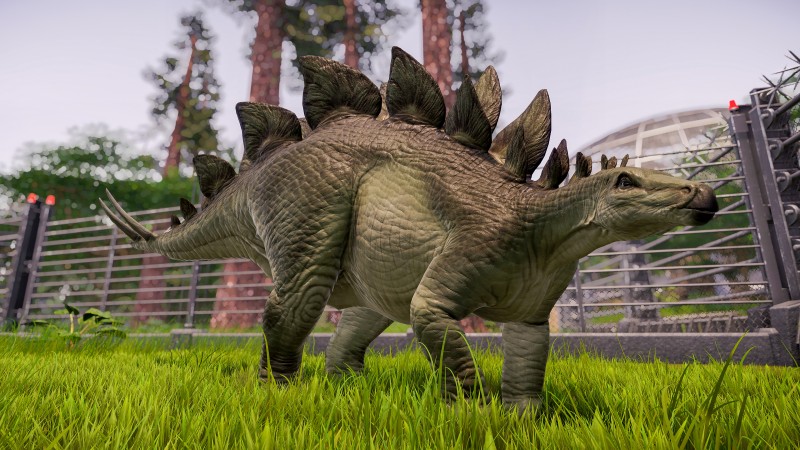 Return to Jurassic Park does just what its name says, giving players the keys to the iconic Jurassic Park gate in hopes that you can fix the problems from the first film and right the ship on the doomed theme park. In addition to introducing an all-new storyline comprised of seven narrative-based missions, Return to Jurassic Park brings back original cast members Sam Neill, Laura Dern, and Jeff Goldblum to reprise the roles of Dr. Alan Grant, Dr. Ellie Sattler, and Dr. Ian Malcolm respectively.

"[Recruiting the original actors] turned out to be relatively simple," game director Michael Brookes says. "The hardest part was getting them all scheduled so we could get them all recorded in time. But actually, though, they seemed quite on board. Jeff we'd worked with before anyway, but Laura and Sam seemed quite keen to get involved and reprise their roles. They're such distinctive characters in their own right, and bringing them into a game was good." 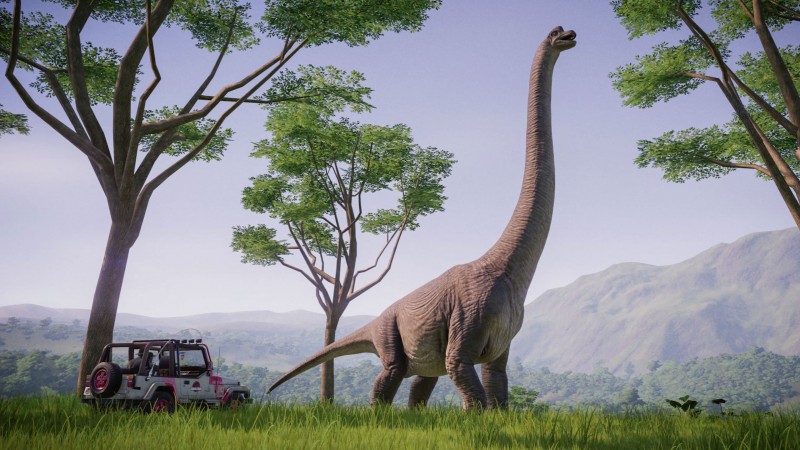 Since Return to Jurassic Park takes place immediately after the events of the first Jurassic Park film, the aesthetics are different from that of the Jurassic World theme used in the base game. Certain dinosaurs have new models, while others have new skins that look like the ones from the 1993 film. The various structures you put in place also more closely resemble the ones from the first film. These visual changes are also available to use in all challenges and the sandbox mode from the base game using '93 Mode. 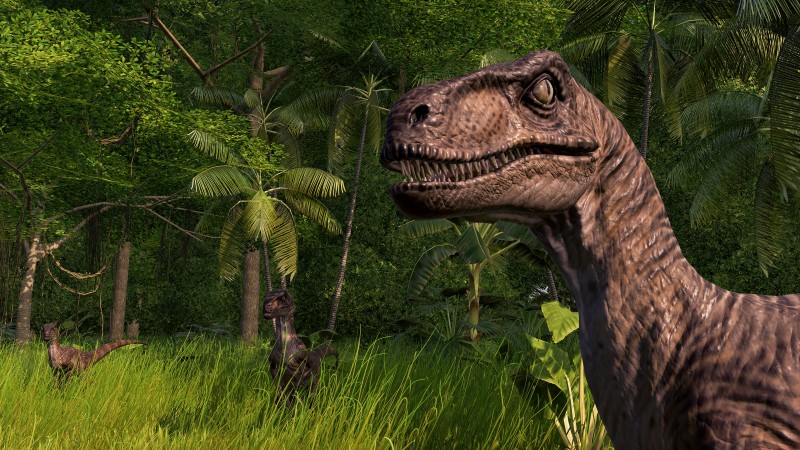 Jurassic Park is less commercialized than Jurassic World, meaning you have new variables to consider. For instance, viewing galleries for patrons are gone, as is the monorail, but in their place are tours and a helipad. Also, while you can certainly put up shops to keep customers happy, there's no need to.

When I finally got my hands on the upcoming expansion, I was able to play through Mission 1 and Mission 6 to get an idea of what players will be tasked to do in order to try and fix Jurassic Park. Each mission starts with voiced dialogue between the main characters from the films. While we heard Goldblum step back into the role of Ian Malcolm in the base game, hearing him go back and forth with Dern and Neill's characters is a treat. 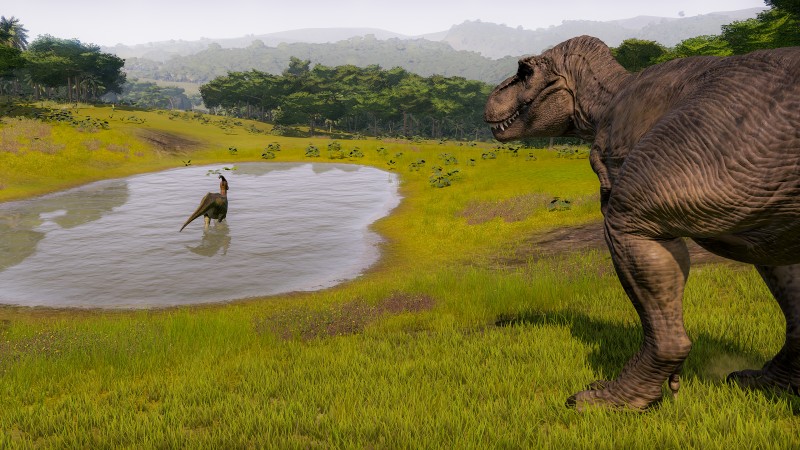 The first mission requires me to restore functionality of the park's various operations. I do this by building a ranger base and assigning them various repair tasks. After things are up and running again, I queue up tasks for the rangers (like capturing escaped Raptors) and set research of some fancy new electric fences in motion while I manually repair the damaged security fences. This mission is short, but conveys the theme of helping the troubled theme park reach its full potential.

While the first mission took very little time, the sixth mission was lengthy thanks to several required excursions and egg-hatching missions. My first mission is to add a new species of dino to the park, namely the Compsognathus. You may remember these little guys as the ones who took out poor Dieter in The Lost World: Jurassic Park. This time it'll probably go better, right? I research the Compsognathus and send an expedition team out to scour for DNA for the Compies. This effort takes multiple expeditions spread over a long time. While this is taking place, I perform general upkeep around the park, using rangers to refill dinosaur feeders and medicate sick creatures. Additionally, side missions, like getting a certain number of guests in the park or achieving a particular park rating, pop up to grant you monetary rewards if you're able to complete them. 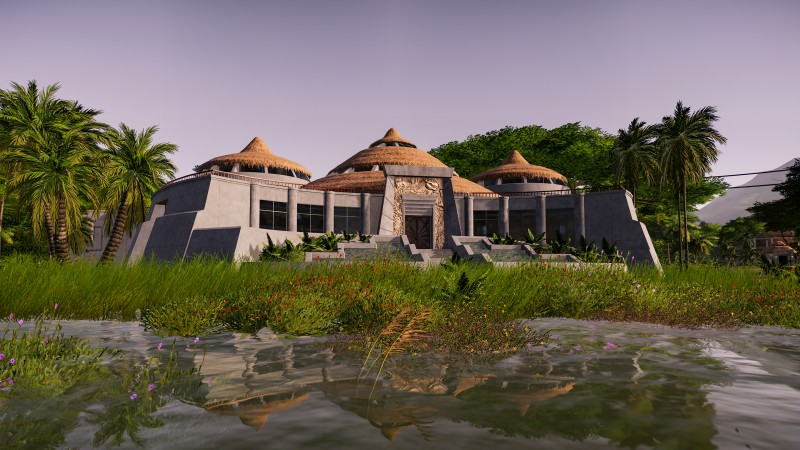 At long last, I acquire 75 percent genome for the Compies and begin the process of hatching them. As I wait for the eggs to hatch, I build an enclosure for them, complete with carnivore feeding platforms and a small pond for them to drink from. As they begin hatching, I deliver them to their newly built pen and the mission continues.

The next step in the mission is to build an aviary and fill it with Pteranodons. These aerial reptiles are a major attraction for patrons, so if I want to get my numbers up, I need some good DNA samples to work with. That means it's back to the expedition. The slow burn gives me more time to address things around the park; I'm trying to get my guest numbers up, so I add some more restrooms, new shops, and lower some prices of the souvenirs. I don't notice any influx in the numbers, but once the aviary construction is complete and the first Pteranodons take flight, the numbers start creeping up. I achieve the numbers the side mission gave me thanks to my new flying friends, but I'll need to be careful going forward; storms can damage the aviary and let the dangerous creatures out. 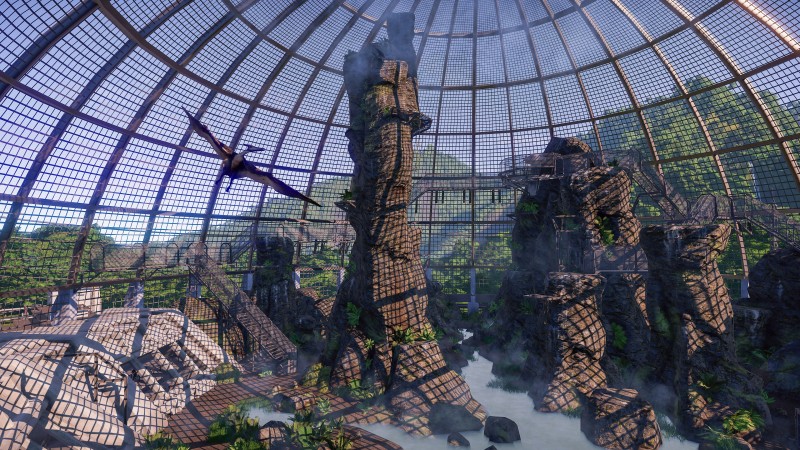 For those who don't plan on spending more money on Jurassic World Evolution, Frontier is readying the next batch of free content. In addition to restrooms (which customers will now need) that can be placed throughout the park, your ranger teams can now be taken out if they're put in dangerous situations. I witnessed this firsthand while waiting for an expedition to complete during the Pteranodon mission. I sent a ranger team out to try and contain an outbreak of Avian Influenza among the dinosaurs, only to be utterly annihilated by an adjacent beast. While rangers can fire flares to distract the aggressive dinosaurs, I guess this team didn't get the memo, and they paid dearly for it. I had to pay to hire an entirely new team of rangers to replace them and pick up where the dearly departed squad left off.