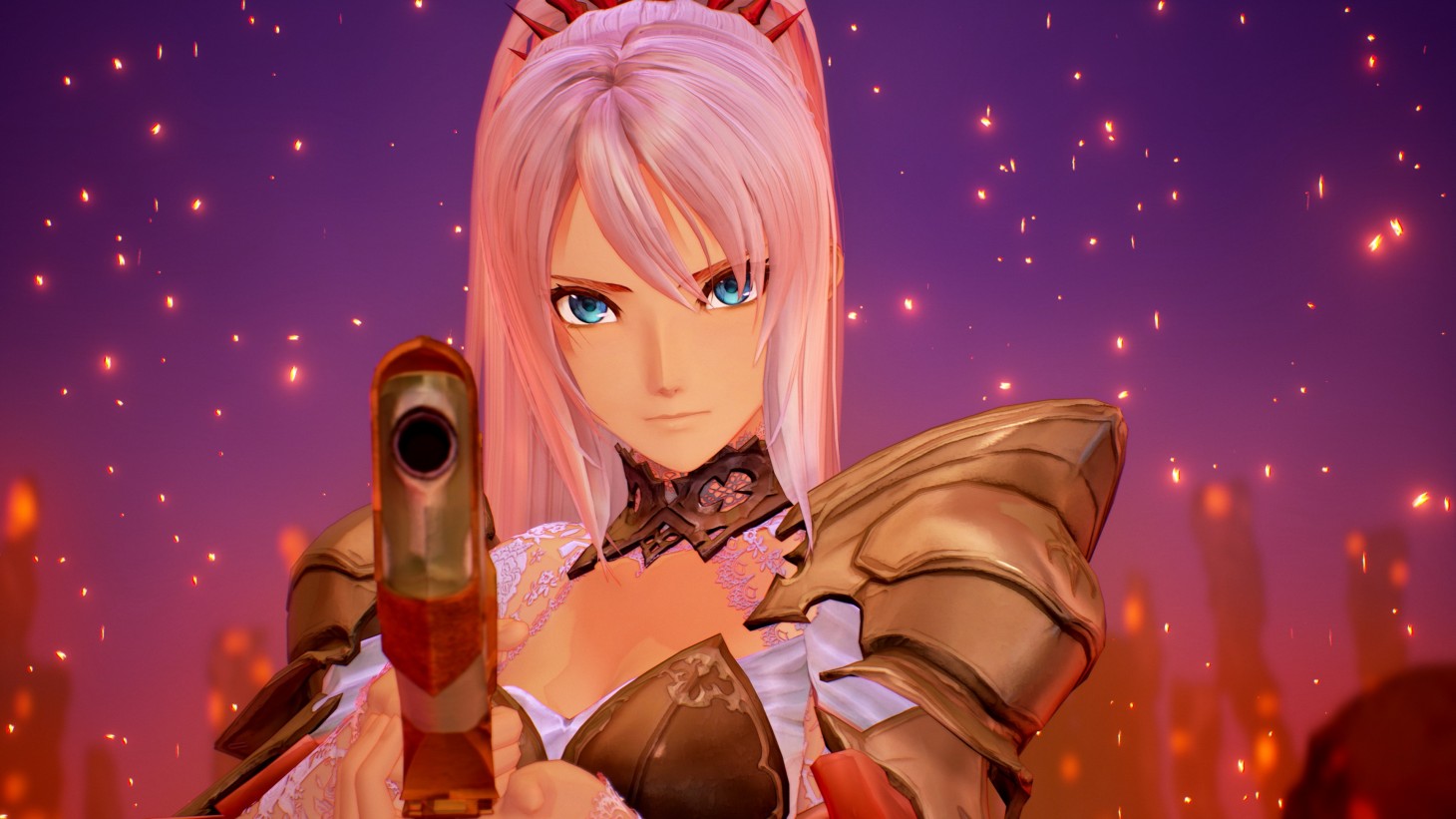 Bandai Namco Shares More On The Characters And World
by Kimberley Wallace on Sep 15, 2019 at 02:00 AM

Outside of a few basic beats, Bandai Namco has been keeping details about Tales of Arise under wraps. This TGS marks the first time we've had new information, thanks to a new trailer and stage show.

We learned more about how the two main characters, Alphen and Shionne, will be connected. The pair come from two very different worlds. You see the story through the eyes of Alphen who is from Dahna. He crosses paths with Shionne, who is from Rena, which Bandai Namco referred to as "a land of the righteous and divine." Shionne's land of Rena has ruled over Alphen's Dahna for the past 300 years, and it hasn't been pretty. Rena, with its advanced technology, has depleted Dahna of its natural resources, keeping them subservient and miserable.

It still hasn't been divulged exactly why, but Shionne, who has thorns growing all over her body that hurt anyone who touches her, is being chased by her Renan cohorts when she meets Alphen. Her encounter with Alphen leads him to take the torch flame sword and work to free the people of Dahna. Apparently, she has "secret motivations" for turning on her people and helping Alphen and the people Dahna gain their freedom. The game begins with both Alphen and Shionne looking to change their fate and create a new future.

In this universe, "astral energy" exists in both living beings and inanimate objects, and when used for magic is referred to as "astral artes." Only Renans know how to use these artes, their eyes glow blue when using it. While Shionne has to power to cast healing artes, Alphen wields the "torch flame sword," which is a manifestation of astral energy. Here's where Alphen and Shionne become reliant on each other, when Alphen uses the flame sword, the fire damages him, meaning he needs someone like Shionne around to heal him. Although Alphen doesn't feel physical pain, which is why he can use the sword, he still suffers adverse effects from using it. It's said that the relationship between these two "changes the fate of the planets."

The new trailer shows plenty of Alphen and Shionne's dynamic in action, but also comes with a tease: another character. All we can see is their shadow walking toward the two and collapsing, as both Alphen and Shionne run to help. While we knew there would be other party members, as we were told at E3 to expect a cast the size of past entries in the series, this is our first glimpse at another party member, so hopefully, we learn more in the future.

Lastly, the new art style was discussed, longtime “Tales of” team artist, Minoru Iwamaoto, who was previously a character designer, is now the art director. It's said that the team put a lot of thought into utilizing the Unreal 4 Engine, but still having the game capture the essence of the Tales series. The watercolor art style will remain intact, but Bandai Namco said it's making the enemies look more realistic and more menacing this time around. The goal is ultimately to strike a balance between the anime-style and photorealistic artwork.

Tales of Arise is set to come out sometime next year on PS4, Xbox One, and PC.