Square Enix already released a new trailer for Final Fantasy VII Remake, but that isn't all the information the company had for fans at Tokyo Game Show. During a live stage presentation at the PlayStation booth, Final Fantasy VII Remake producer Yoshinori Kitase showcased a variety of additional features and moments that we haven't seen yet.

You can see the whole presentation in the footage below. However, since it was all in Japanese, the official Final Fantasy VII Remake Twitter account followed up with a series of helpful explanations to shine a spotlight on the most interesting parts.

The most surprising announcement came in the form of the "classic" battle option. Final Fantasy VII Remake reinvents the original battle system and focuses on action, but players who want an experience closer to the original can turn on the classic option. This creates a more traditional turn-based feeling in combat.

The next sequence shows off the ridiculous (and hilarious) squat minigame in action, which then transitions to Cloud, Tifa, and Aerith in battle against Aps – a boss in the Midgar sewers. Tifa is unsurprisingly adept at up-close melee combat, while Aerith seems most effective at range. However, the most tantalizing part of this encounter is the mysterious summon gauge that fills. 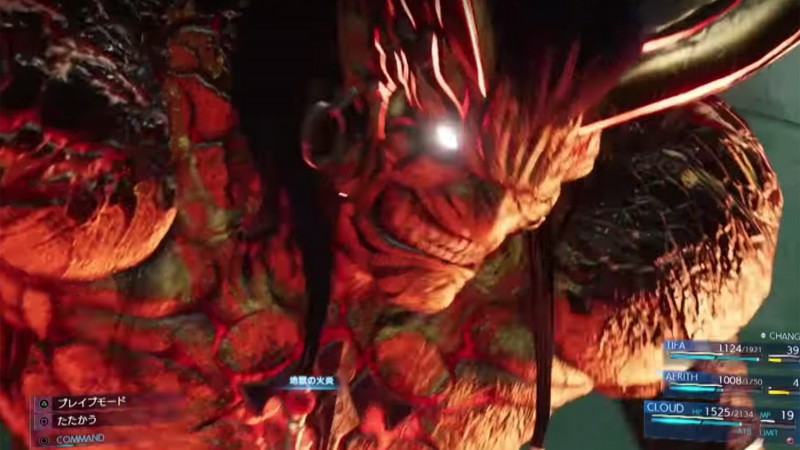 Of course, that doesn't remain a mystery for long. When the summon gauge is full, characters can use the summon they have equipped. Unlike the original Final Fantasy VII, these creatures don't just show up for long, one-off attacks; they remain on the battlefield as active participants. In the demo, Cloud summons Ifrit, who goes toe-to-toe with Aps independently, though players can still issue specific commands to summons (just like they can with other party members). Once the summon gauge hit zero again, Ifrit left the battlefield, but not before executing its signature Hellfire attack.

As a longtime fan of the original, all of these new bits seem like smart moves. I'm happy to see how the team is experimenting and deviating from the original pattern; game design has evolved a lot in the 20-plus years since Final Fantasy VII first released, and it appears that Square Enix knows how to mix classic and modern elements. I'm excited to see how they all come together at release.

Final Fantasy VII Remake launches on March 3 for PlayStation 4. For more on the game, watch the footage we recently recorded at TGS.