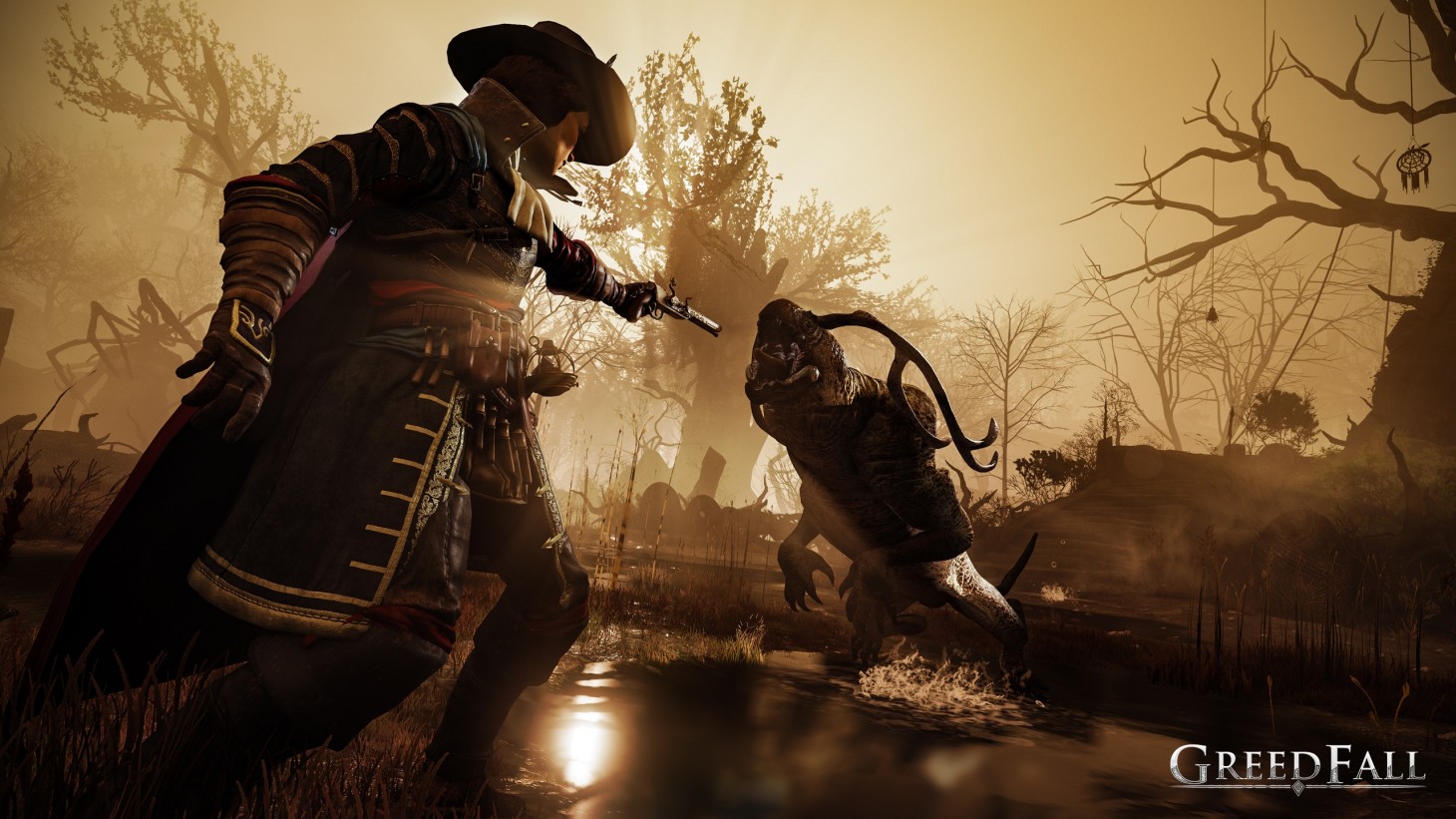 Greedfall, an upcoming RPG from Spiders Studios, tasks you with traversing a dangerous world full of warring factions and a horrible plague with seemingly no cure. However, while you can certainly skewer your adversaries with your sword or blast them away with magic, your character is often better off solving their problems using their words.

After customizing your character, including choosing between male or female, you take control of De Sardet, a diplomat from the Old Continent, a plague-riddled, overpopulated, and polluted region. They travel to Teerfradee, an island rumored to hold a mysterious means for a cure.

As a member of a neutral faction De Sardet acts as an intermediary between the warring factions on Teerfradee. Many of the interactions you have with other people is through dialogue, with traits like charisma playing a major role in what kind of convincing they can get away with. However, if the action heats up, De Sardet is more than capable in a fight. 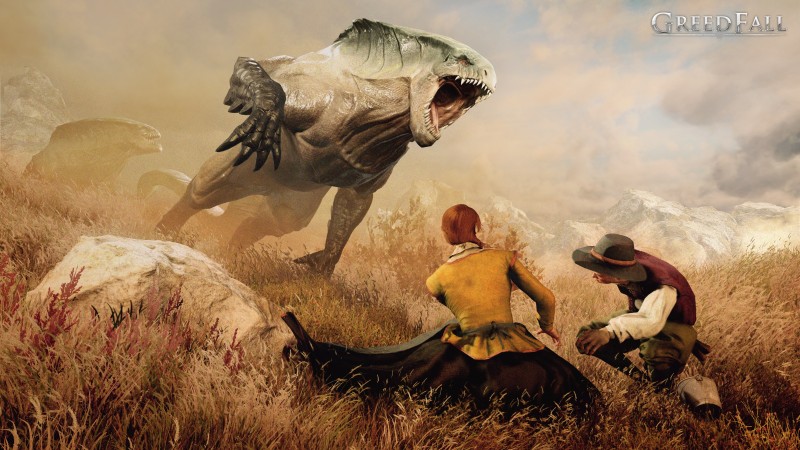 I witness the power of the De Sardet I’m playing during my brief hands-on demo as a herd of buff beasts known as Tenlan circle around her. Using her magic, I loft ranged light attacks their way, before getting up close for the killing blow: a short-range heavy attack in the form of an energy burst. I love how the combat feels, but if it’s a bit too chaotic for you, you can use a tactical pause to allow you to queue up attacks and strategies. If you’d rather keep things flowing naturally, you can also map many of the tactical pause abilities to the d-pad.

This De Sardet was upgraded with magic in mind, so she can also use short-distance warps to dodge incoming attacks and get the upper hand on enemies. However, that doesn’t mean she’s completely useless if things get physical; slashing through the beasts to finish off the last remaining creatures is satisfying and effective. You can also craft customization items for De Sardet’s outfit, which can also grant boosts to stats, as well as differentiate them cosmetically.

With Greedfall putting such an emphasis on interactions with other characters in the world, choosing the right companions for your current objective is critical. You can recruit five different companions: Kurt is a respected mercenary, Siora is a native to the island with a justifiable hatred of the xenophobic sentiments brought by the other factions, Vasco is a member of the thoroughly religious magic faction called Theleme, Petrus is a member of the high-seas-traveling faction known as Naut, and Aphra is a scholar from the science-focused Bridge Alliance. With so many different personalities and loyalties in this group, you need to be careful when you choose which two to bring on adventure with you. 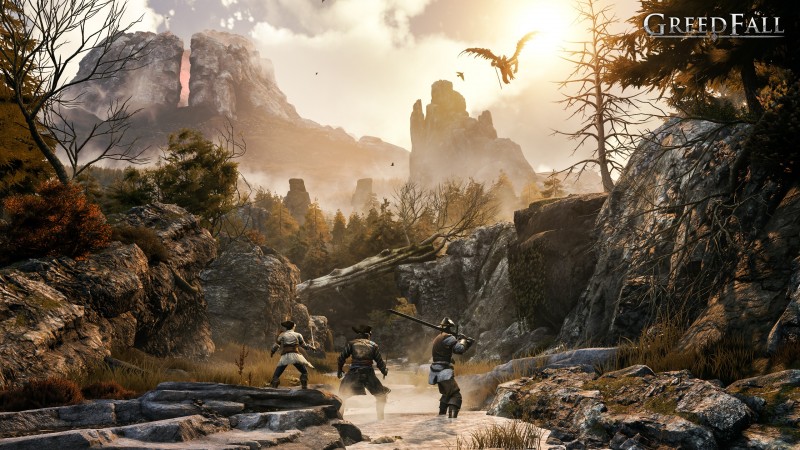 In addition to forming relationships with these characters through side missions and conversation trees, you can also romance your companions; in the very first conversation in my demo, I shoot my shot with Kurt, only to fail miserably.

Greedfall is impressive and ambitious, with beautiful graphics, a fun combat system, and intriguing promises about how much power your dialogue has. Thankfully, the wait to launch isn't a long one, and it hits PS4, Xbox One, and PC on September 10.