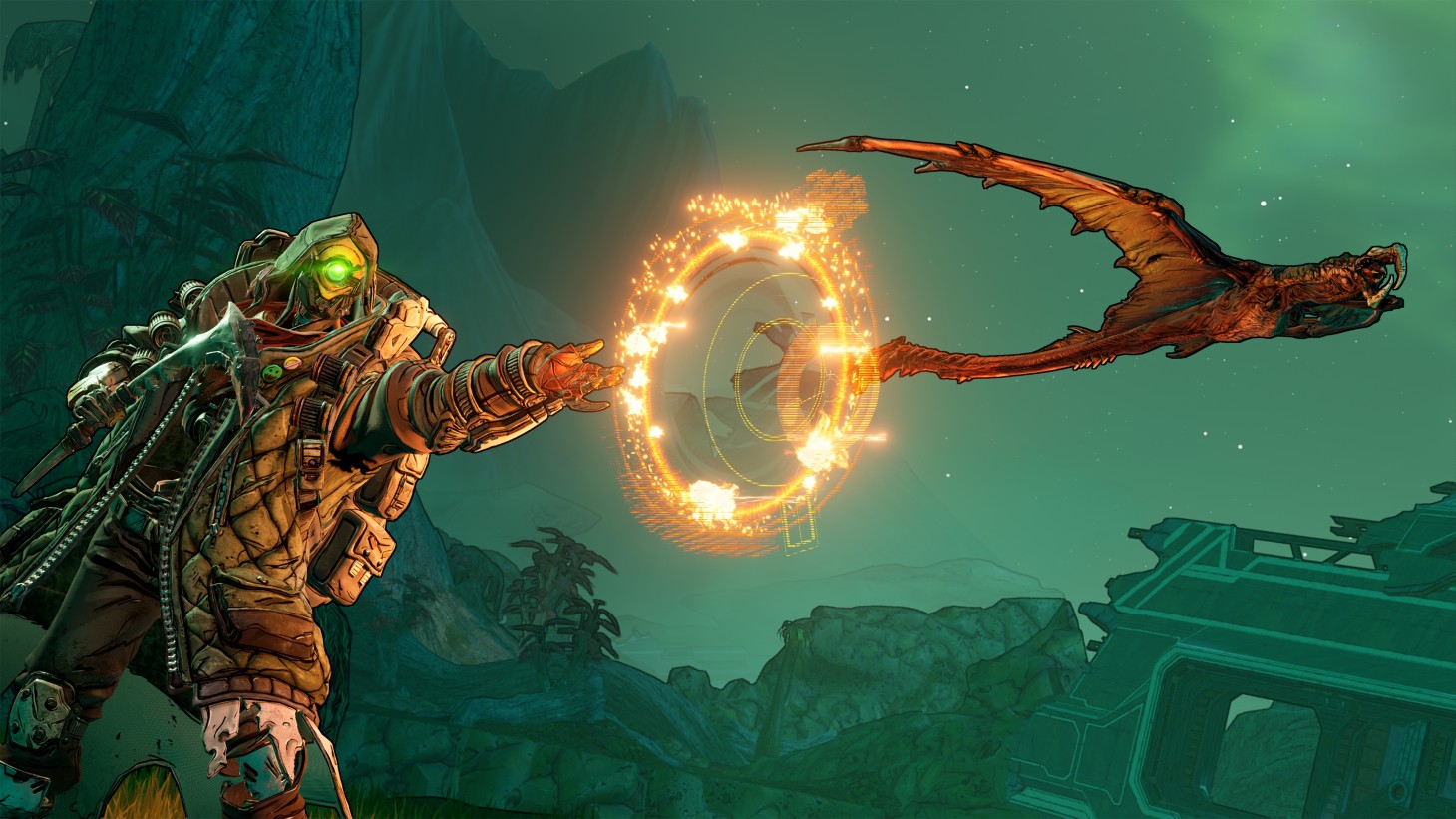 I've played a lot of Borderlands 3 at this point by my own reckoning, but I was still eager to jump at the chance when 2K and Gearbox offered a chance to play the game from the beginning with the final hunter, FL4K. The beastmaster is an emergent AI with a touch of bloodlust and not a lot of moral ambiguity about matters of life and death and, until now, hasn't really been given any hands-on time. So we got to take the newest vault hunter robot out for a spin in the game's opening few hours.

FL4K starts out like pretty much every other hunter in the game's tutorial area. Until you beat Shiv, the first boss, he is just a moving gun with the occasional robotic one-liner about killing everyone. Once you get the action command in your skill tree, you can start taking advantage of everything that makes FL4K different. As a beastmaster, FL4K keeps around one of three animals: a Skag, a Spider-ant, or a Jabber, all with their own skills and strengths.

And yes, you can pet the Skag. Little hearts come out when you do. 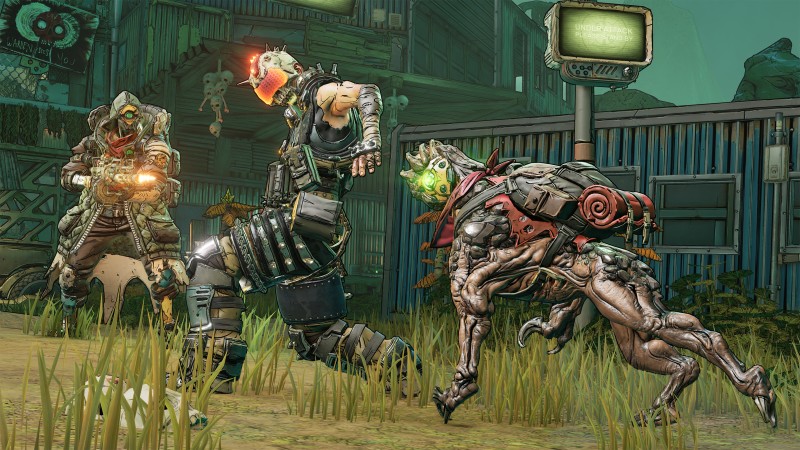 Each beast stays out the entire time, unlike Moze's mech. Left to their own devices, your pet will just run around and attack enemies and take damage. You can also choose targets for them which focuses their attention on a single enemy and, in the case of the Jabber, toss a radioactive barrel in their direction like Donkey Kong. You can further interact with them using FL4K's special skills. One skill creates a nuclear blackhole in the middle-distance, which does massive damage and teleports your beast to that spot, superpowered for about 20 seconds to use for ripping enemies in two. Another skill lets you cloak yourself in an invisibility mode, manipulating the beasts from the shadows and guaranteeing that your next three gun-shots will all be critical hits.

After playing around in the beginning of the game for a little while, I loaded up a later mission and chose to go in as Moze, the mech-controlling vault hunter. In this mission, the head of Jakobs manufacturing has sent the vault hunter to a long-abandoned ship that contains a piece of the vault key. Upon landing, Moze discovers a distress signal from a Nagivation A.I. that controlled the ship, voiced by rapper and actor Ice-T. The Law & Order: SVU star plays BALEX, who was placed inside of a teddy bear by his jilted lover, another AI named GENIVIEVE.

In the end, both she and BALEX both take control of rival mechs and the two of you square off against her in a boss fight. Borderlands' history of having static boss fights without movement has been more or less upended with each new boss fight I see, as the fights now seemed to designed to force you to move around, or even assign roles amongst your party.

In what is theoretically the last time I will play Borderlands 3 before it releases next month, I'm coming away pretty excited to experience all this content with my friends and see the interplay between all these hunters I've tried out so far. I'm also hoping every other vault hunter can pet the Skag.

You can check out a New Gameplay Today of these missions (or just watch it below) with me, Jeff Cork, intern Blake Woog, and Leo Vader talking over a supercut of my hours with Borderlands 3. Or, on the same page, you can find the raw video of those several hours put together in a way that is sure to not be entertaining to anyone, but you can try it for yourself and find out!