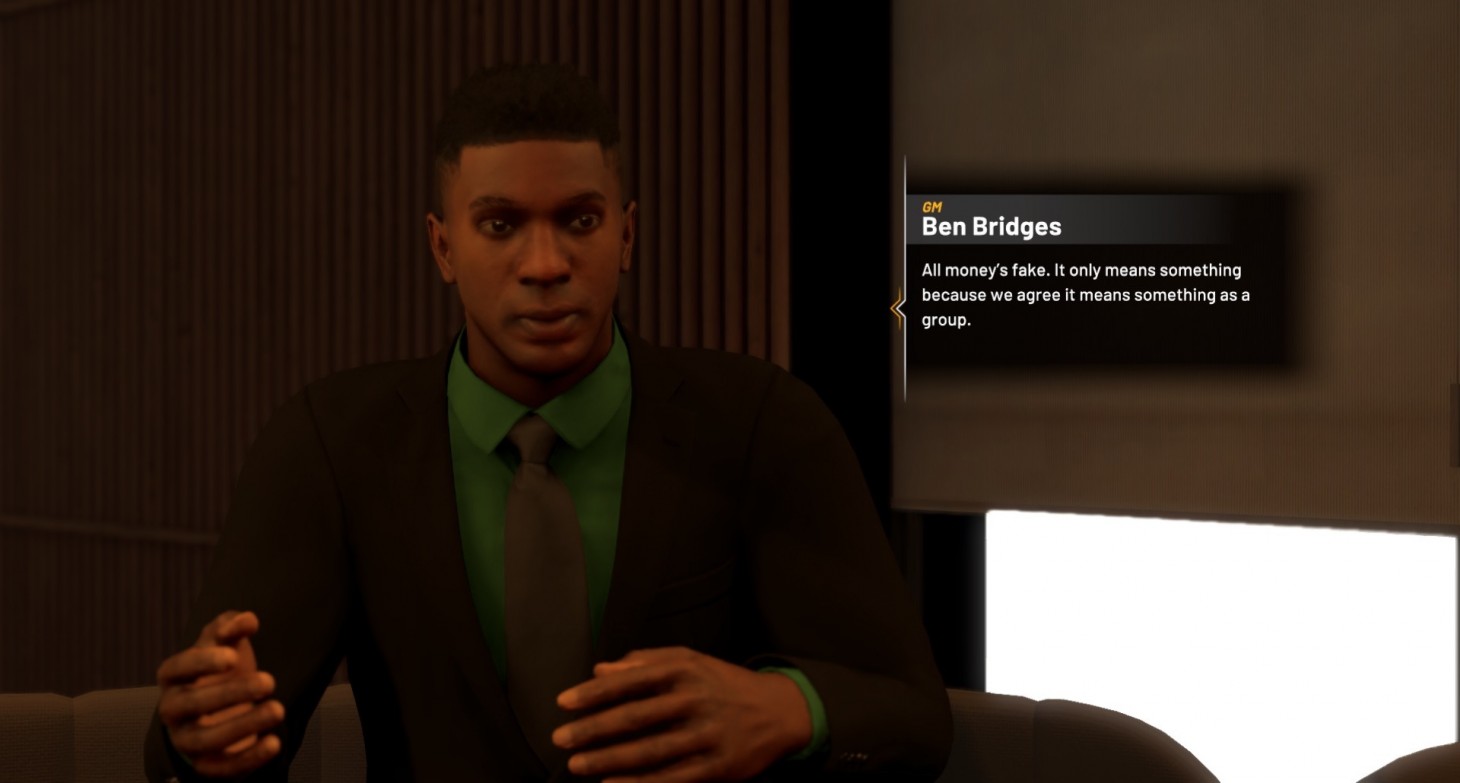 Every year as we approach the release of the next entry in the NBA 2K series, we look forward to how Visual Concepts' franchise team plans to continue its path of innovation. From big changes like creating a story mode in MyGM to subtle improvements like tracking a player's injuries throughout his career or having veterans mentor younger players, the team always has novel ideas to advance the way franchise modes operate. For NBA 2K20, Visual Concepts has some bold plans for bringing more RPG elements into MyGM and letting users see how they stack up against other GMs across the 2K world. Let's break down some of the bigger changes coming this year. 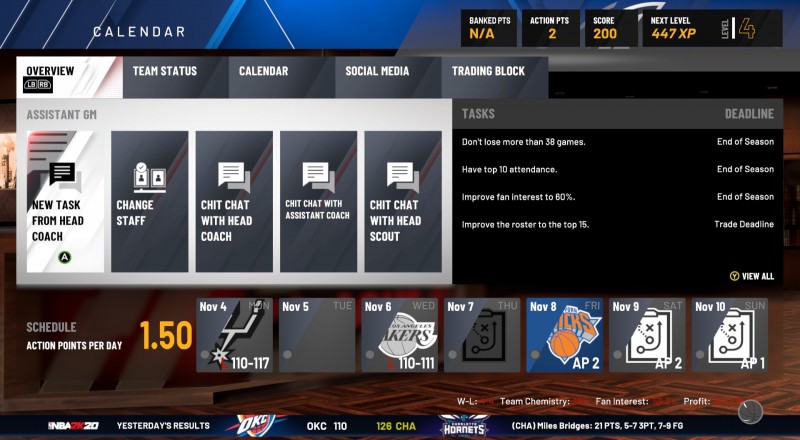 NBA 2K20 gives MyGM such a major overhaul that Visual Concepts calls this the 2.0 version of the mode. So what's new? A lot. Taking a page from turn-based RPGs, this year introduces the concept of Action Points. Each day, you only have so many Action Points to complete your managerial duties. This means you need to make some savvy choices of how you spend your time. Do you try to build camaraderie throughout the building conversing with some staff and players? Work on a blockbuster trade to transform your roster? Drop directly into the game to play? Each of these costs Action Points. We won't know if this system feels restrictive or realistic until we spend some time with it, but Visual Concepts says you can change the difficulty if you feel like you're too starved for AP. 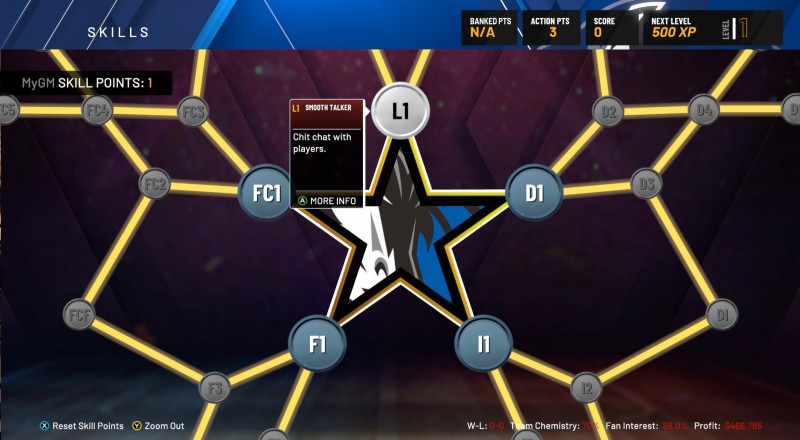 NBA 2K20 introduces a new leveling system and skill tree. You earn XP by winning and completing goals and tasks, which can be given by more than just the team owner this time around. Once you level up, you can pick a new skill from the new Final Fantasy X-style sphere grid.

At level one, you choose which skill you want to make your primary management style. Visual Concepts describes these skills as such:

•    Leadership (L) – A man of the locker room, a leadership-focused GM is better able to build the trust of those around them, gain boosts for playing games, and lower trust loss in press conferences.
•    Diplomacy (D) – A way with words, a diplomatic GM can build trust by having chit-chats with several different groups, can help improve revenue and help sign more big-name free agents.
•    Insight (I) – A deep sense of understanding, an insightful GM can understand what affects the mood and trust of those around him, access the trade finder, or improve scouting.
•    Finance (F) – An eye for the bottom line, a financial GM can improve revenue, sign players for less and gain additional sponsorship slots.
•    Facilities (FC) – A man with the plan, a facility-oriented GM can choose from a specialty facility for a permanent boost to one of five areas, can help boost players on game days or turn high attendance into improved relations with sponsors.

As you level up, you also gain the ability to gain more AP each day, bank AP, and even respec once a month. For instance, maybe it makes sense to reconfigure to a Finance-focused loadout right before a critical free agency period is about to begin so you have more negotiating power. 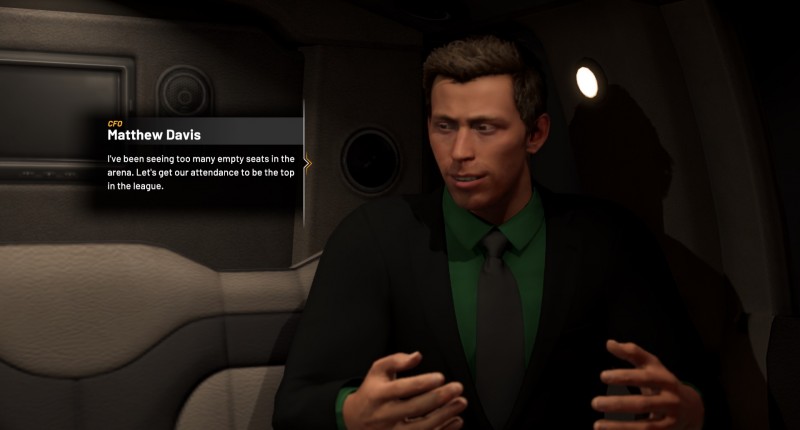 The MyGM and MyLeague modes have always felt more real than most other franchise modes because you actually have to manage relationships with coaches, players, scouts, and other personnel. NBA 2K20 features revamped morale and chemistry systems, which gives users the ability to have relationships with their entire roster, the team staff, the owner, and even your rivals controlling other NBA franchises.

Maintaining these relationships will make or break your prospects in very real ways. For instance, you need to develop a strong enough rapport with the head coach if you want to access the coach gameplan menus. You can gain points with players, coaches, and the like by chit-chatting with them, but these conversations may come with new tasks that may not fit with your vision for the team in the long run. You need to navigate these treacherous situations with a deft touch if your ideas don't jive with the person requesting a certain action, or risk permanently damaging the relationship. 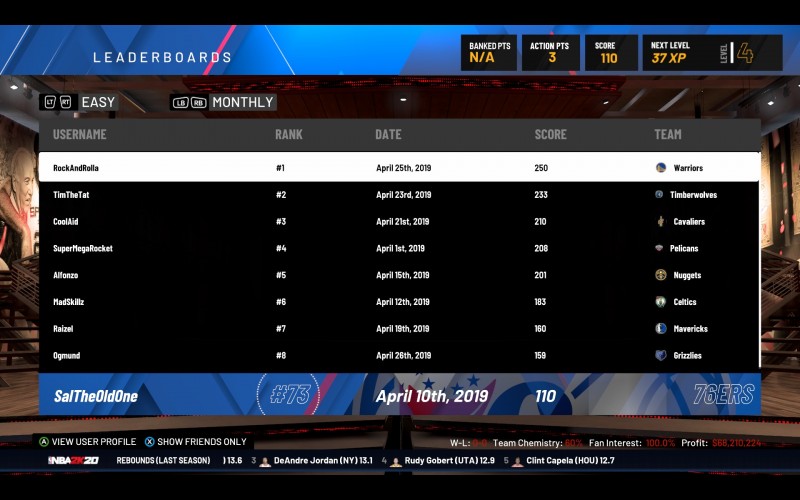 Unless you were playing MyLeague Online, the NBA 2K franchise modes essentially operate in a vacuum. You never had a way to compare your success with that of other users, until NBA 2K20. This year, Visual Concepts tracks your MyGM performance via a new scoring system that rewards points for every action that makes your team better.

Visual Concepts says scoring is scaled so your success with a stacked roster you inherited doesn't give you an advantage over someone tackling a more ambitious rebuild. The leaderboard includes filters for tracking your progress against the entire globe, seeing how you stack up against friends and seeing who's having the most success over the last month. Each difficulty setting tracks a different amount of time: Five years for easy, ten for medium and fifteen for hard. The leaderboards stop tracking after that, but you can still go 80 years deep. We hope there are some deep reports in this system so you can see how exactly someone scored more points than you, because given the different circumstances everyone faces it sounds like they must use some voodoo economics to make it all track.

Deep, complex systems are what makes NBA 2K's franchise modes so amazing, but they can be overwhelming for newcomers. Visual Concepts hopes to better onboard fledgling GMs in NBA 2K20 with a few changes. The new scoring system should give new players a clear sense of whether an action help or hurt the team, and a new Assistant GM panel helps shepherd users through the year, making sure they've gotten a grasp on scouting, lineup management, etc.

Tracking where max players ended up in MyGM and MyLeague has been maddening over the past few years. What incentive would Kevin Durant have to sign with the Orlando Magic, for instance? It made no sense, yet it could still happen. Visual Concepts admits it's hard to replicate two players plotting to shake up the league to play together like we've seen with KD and Kyrie Irving, Paul George and Kawhi Leonard, etc. To better control the flow of star players in free agency, NBA 2K20 introduces a few new badges:

•    Media Ringmaster – This player thrives in front of the cameras and prefers to play in big markets. Pretty straightforward, you should expect players with this badge to be more likely to sign to a big-market team.
•    Warm Weather Fan – These are for the beachgoers that would rather play in warm, temperate climates and avoid the really cold home teams.
•    Finance Savvy – These are players that factor in the tax rate in where they want to go in the hopes of really making the most out of their money.

NBA 2K20 includes several other small but notable changes, including a Staff Card that groups all relevant information about your team into one place, improved auto-generated draft classes that more accurately reflect NBA draft classes, improved player DNA management tools that make it easier to find players you want to add to your draft classes, the option for force winners in MyLeague sims, and a new quality of life change that lets you hold LT/RT to scroll quickly when adjusting sliders in the menus (including for contract offers).

So what didn't 2K address? The big one for me is the server performance for MyLeague Online, which frankly was terrible last year. We hope to hear more about that in the coming weeks.

To learn more about the changes coming to MyLeague and MyGM, head over to the official 2K post.

NBA 2K20 releases on September 6 for PS4, Xbox One, Switch, and PC. You can play the demo starting August 21 on all platforms besides PC.