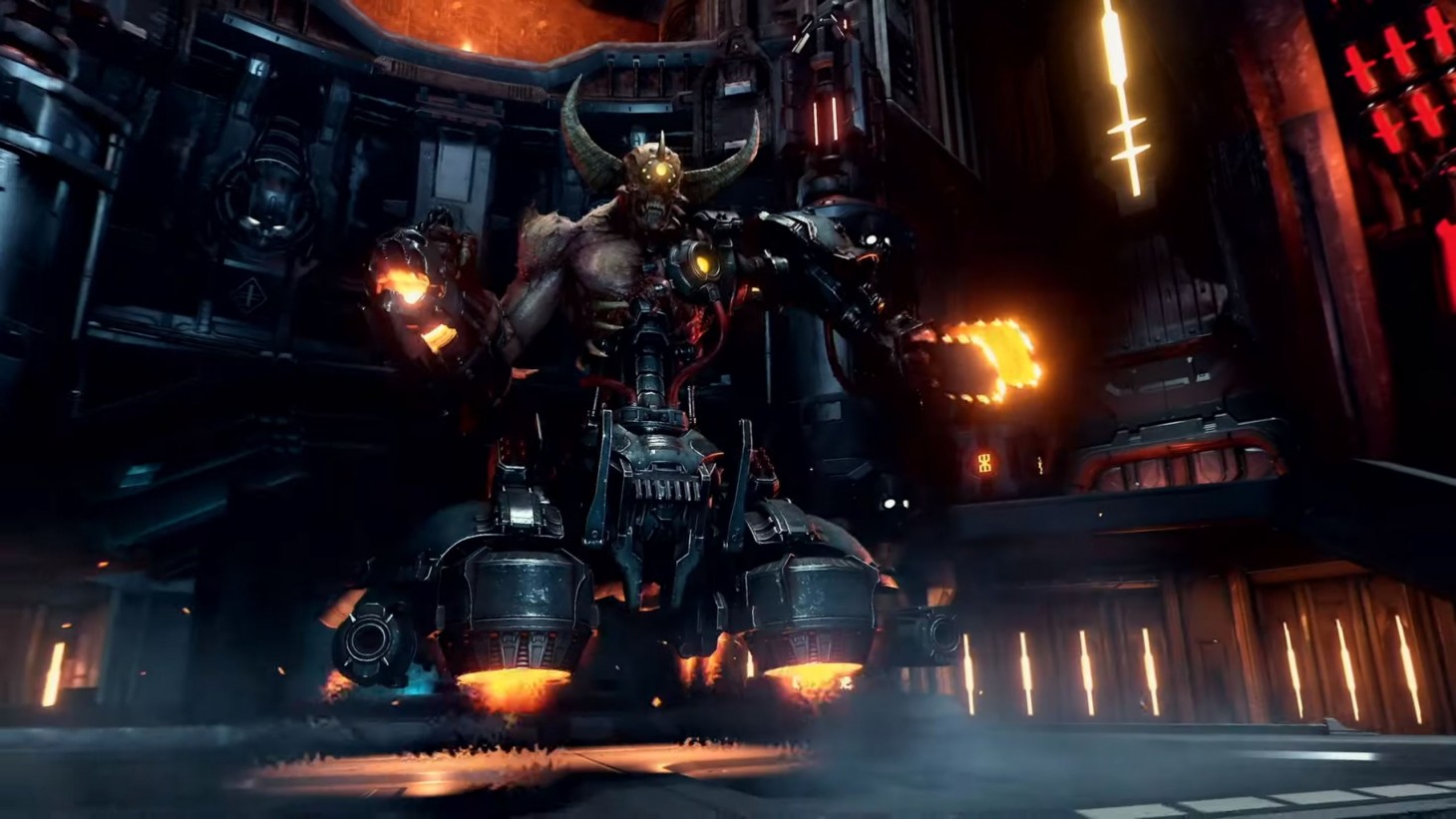 This year's QuakeCon wouldn't have been complete without some new gameplay of Doom Eternal, and during the con's keynote presentation, that's exactly what we got. The extended presentation of the game included the introduction of new enemy type and multiplayer mode.

The presentation first introduced the doom hunter, a new type of demon fused to a metallic chassis that allows it to float around the battlefield. It's also got a heated chainsaw, blaster, and missile barrage at its disposal, making it look like a pretty fearsome opponent.

Next, we were shown battlemode, a new multiplayer mode. While the previous game's multiplayer suite was lacking compared to its single-player mode (in part because it delayed on a different developer and gameplay), Bethesda promises battlemode is "build from the same Doom combat DNA you know and love."

The classic revenant, pain elemental, mancubus, arch-vile, and marauder enemies are the playable demons at launch; along with having different toolkits and properties (the revenant has a good mix of flight and close-range options, the pain elemental is more of hands-off flyer, and the mancubus is a close-range brute), these demons can summon other fodder enemies and traps to try to take the Doomslayer down, and can even use a limited ability to deny him access to health, ammo, and shield pickups for a short time.

Maps are also designed to let the Doomslayer evade the demons, use a pair of portals to cut off flanks, and maneuver around them through corridors and plenty of jump pads and other aerial options.

The mode is also round-based, with both demons and the Doomslayer equipping upgrades across rounds. You can watch the mode in action below.