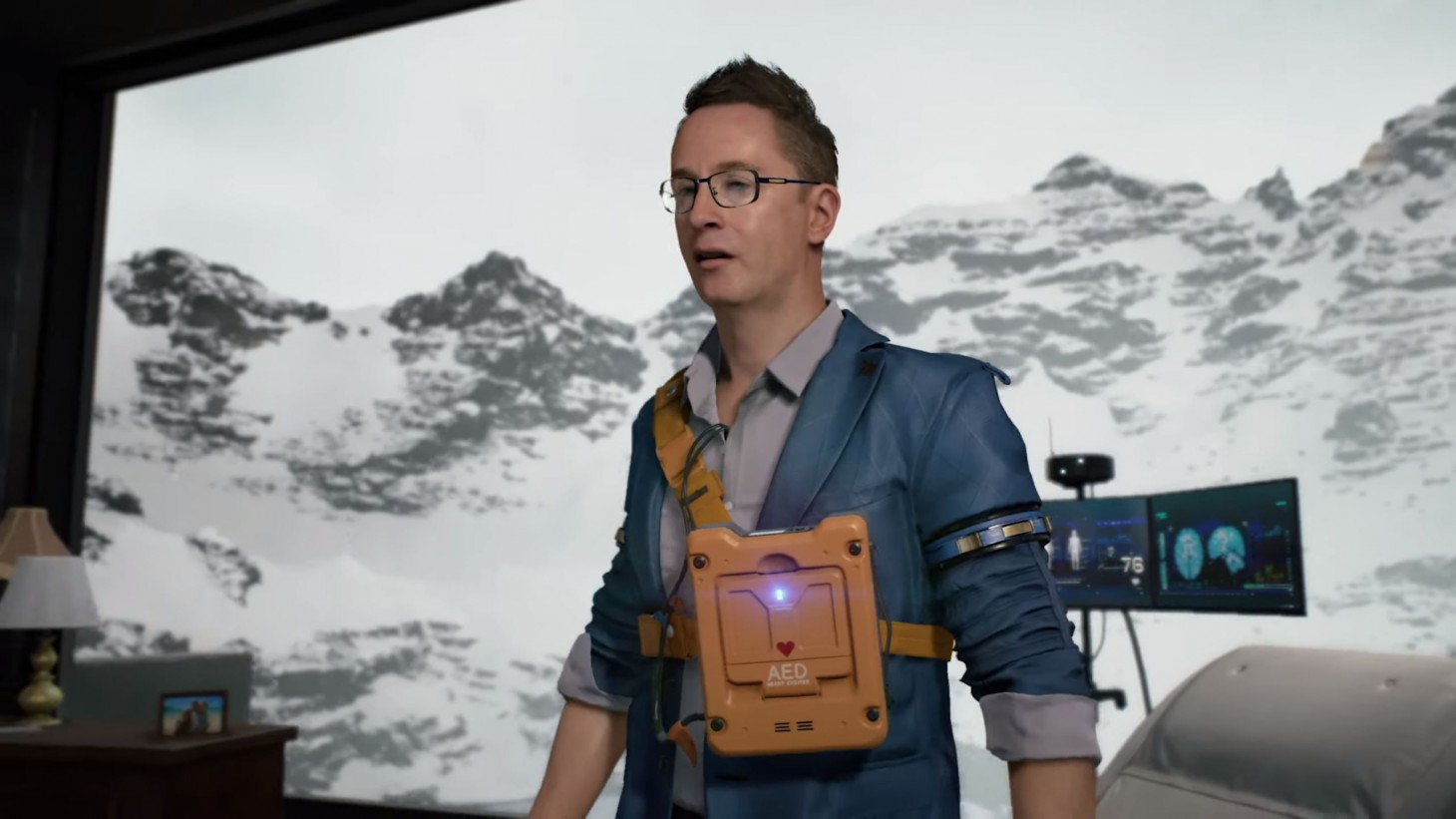 Death Stranding has a lot of oddly-named characters, with Heartman among them. Heartman is just a weird thing to call someone, even if it's somewhat appropriate here.

In the latest trailer for Death Stranding, we learn a bit more about Heartman, who must live his live in 21-minute cycles due to an issue with his heart that essentially kills him and lets him cross over to another world and search for his family for three minutes before being resuscitated by defibrillator strapped to his chest.

It's an interesting setup for a character, and we even see a glimpse into his personal life, as explains that he has a collection of books, music, and films (he doesn't mention games, oddly enough), that can be enjoyed in his short cycles.

It explains the name, sure, but just because I have an omelette for breakfast every morning doesn't mean I call myself "Omeletteman."

Death Stranding is out PS4 November 8.