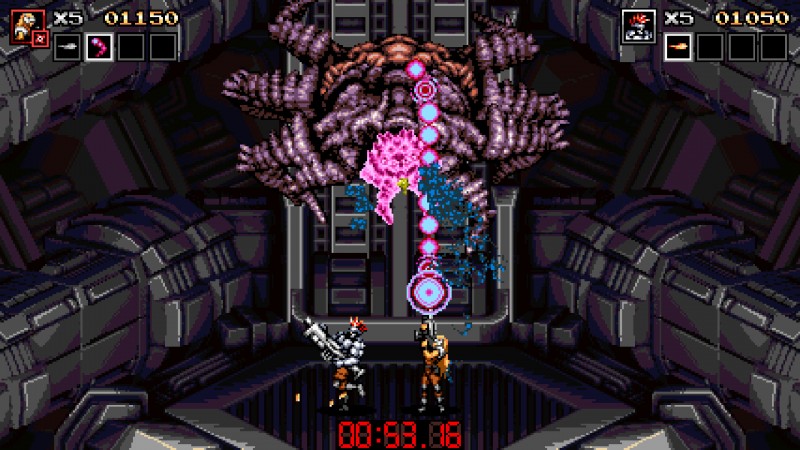 Contra fans have a lot to celebrate recently. After the series was assumed long-dead, despite a vague teaser during Konami's E3 2012 presser, but has recently gotten a collection, a new game announcement, and soon a spiritual sequel in the form of Blazing Chrome. Now we finally have a release date for Blazing Chrome, a very Contra: Hard Corps-inspired 2D run-and-gun action game. You'll be fighting off a new alien menace on July 11.

The news comes as a result of a new, and presumably final, trailer drop for the game that shows off the hidden characters. One of those hidden characters is a ninja and that looks to pretty significantly change up the gameplay from the shooty characters. Check out the trailer below.

Blazing Chrome is developed by Brazilian studio JoyMasher and is part of The Arcade Crew, an initiative by studio DotEmu to channel old arcade-style classic games with new games in the modern era. Looking at footage and having played this game before at events, I feel like they're definitely nailing it.

You can pick up Blazing Chrome on PlayStation 4, Xbox One, Switch, and PC in just a few weeks on July 11. 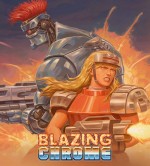