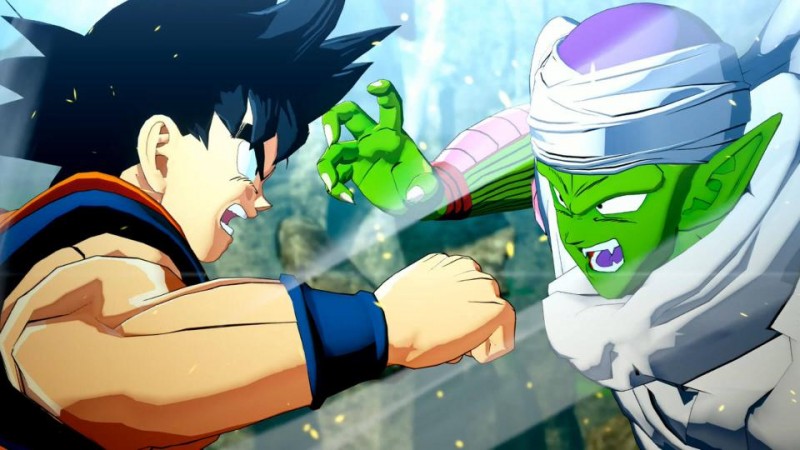 There have been so many Dragon Ball Z games over the years that it seems likely that Goku and his friends have touched every genre in gaming, including minigame collections and sports. Dragon Ball Project Z, now officially known as Dragon Ball Z: Kakarot, brings the series into well-trodden ground that it has visited before into the genre of action RPGs.

Kakarot is yet another retelling of the Dragon Ball Z story, starting from Gohan's kidnapping at the hands of Raditz and continuing at least up through the Freiza saga, but this time putting players in a massive open world to fly around in. Rather than just shepherd the player through a series of famous fights, like against Goku's brother where the demo focused, Kakarot is designed to let players explore the world of Dragon Ball through various other means. 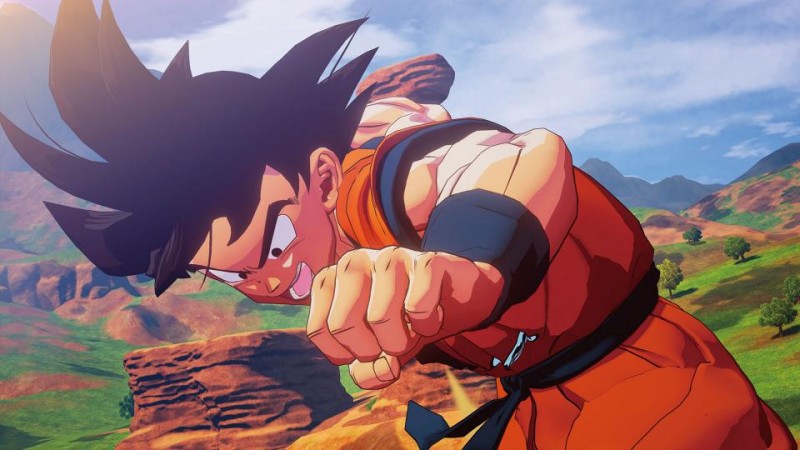 The demo starts after Raditz has already absconded with Gohan and is waiting for Goku, his biological brother, in a nearby valley. With Piccolo in your party, you can go after Raditz any time you want, but the world is available in front of you to engage in any other activities, somewhat betraying the urgency of the situation. Goku can fish, he can engage in sidequests, he can fight random enemies in the form of Red Ribbon Army robots, and collect orbs to get stronger. In my demo, the orbs explicitly did not do anything, but they were still there.

In one sidequest, I met up with Nam, Goku's rival from a childhood World's Martial Arts tournament. Nam is seeking to make money for his village by selling gemstones mined below its soil, and wants Goku's help finding an appraiser. Another mission has Goku reuniting with the first of the Red Ribbon Androids he's met, who tasks the Saiyan with finding some other rogue androids and taking them out. Most sidequests involve going to a spot on the map and fighting something or talking to someone, but they do happily engage in Dragon Ball lore and memories.

The actual boss fight against Raditz is the star jewel of the demo, channeling a little bit of the expertise CyberConnect2 showed in their Naruto: Ultimate Ninja Storm boss fights. Without proper mastery of guarding, it would be extremely hard for players to survive Raditz's relentless onslaughts, moreso when he powers up in the second phase of the fight. It is unknown if this is the same Goku build players will have when they reach that part in the game, but Raditz eventually falls to a series of Kamehameha blasts, and the ensuing cutscene ends his life with one of Piccolo's attacks.

Dragon Ball Z: Kakarot doesn't have a date yet, but should be coming in 2020 to PlayStation 4, Xbox One, and PC.