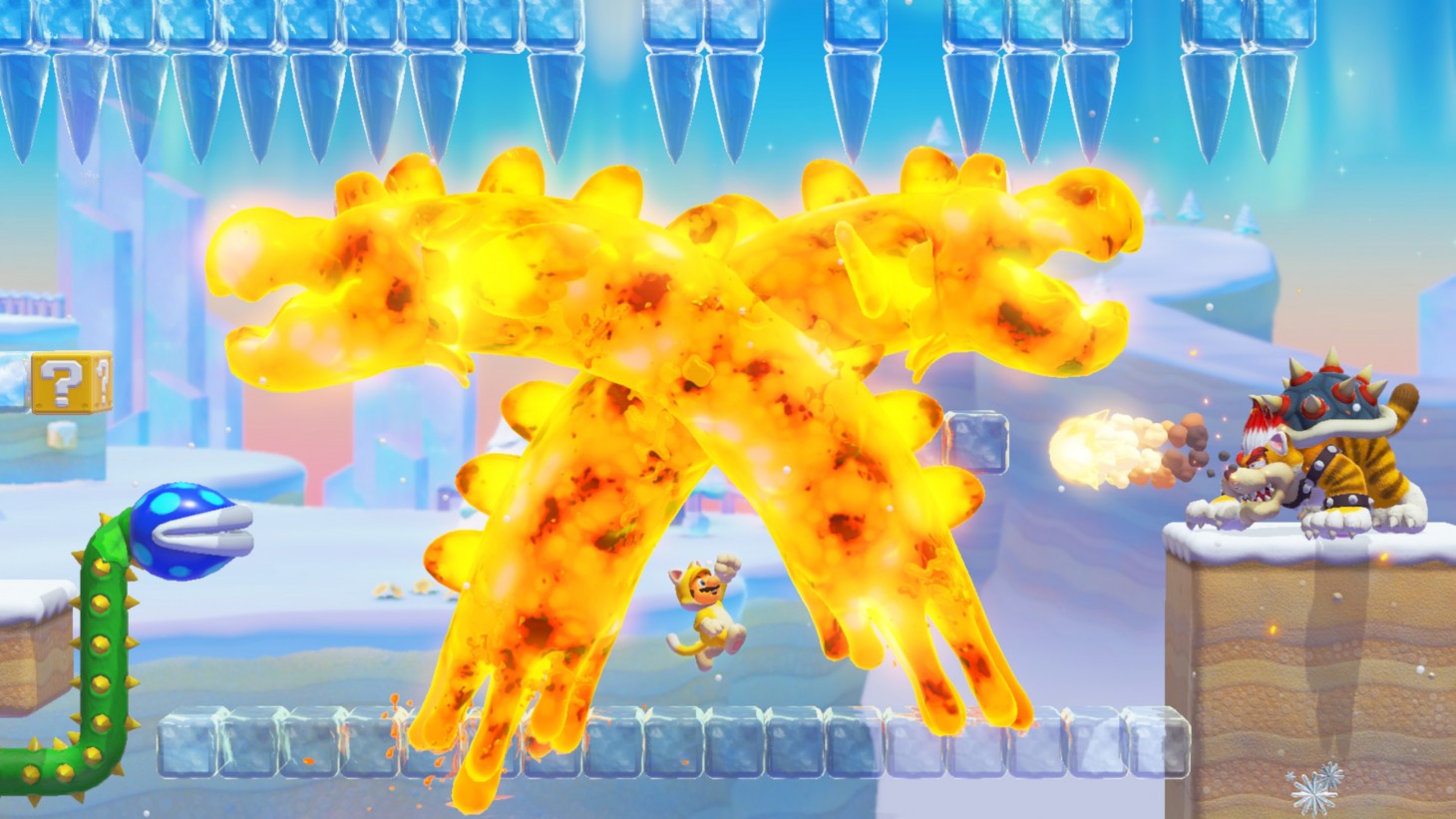 Building On An Already Strong Foundation
by Brian Shea on May 28, 2019 at 08:00 AM
Publisher: Nintendo
Developer: Nintendo
Release: June 28, 2019
Rating: Everyone
Platform: Switch

Super Mario Maker quickly became a fan-favorite for Wii U when it launched in 2015. The ability to easily create stages within some of Mario's most classic adventures resonated with longtime players, inspiring them to design and share some of their most creative, ingenious, and twisted course ideas. The flexibility of these tools encouraged players to stretch the definition of what a Mario level can deliver, and in the process, created one of the ultimate proving grounds for longtime platform players. With Wii U firmly in Nintendo's rear-view mirror, Super Mario Maker 2 is bringing that same experience to Switch. I went hands-on with the impressive suite of additions in this follow up to one of the Wii U's biggest surprises. 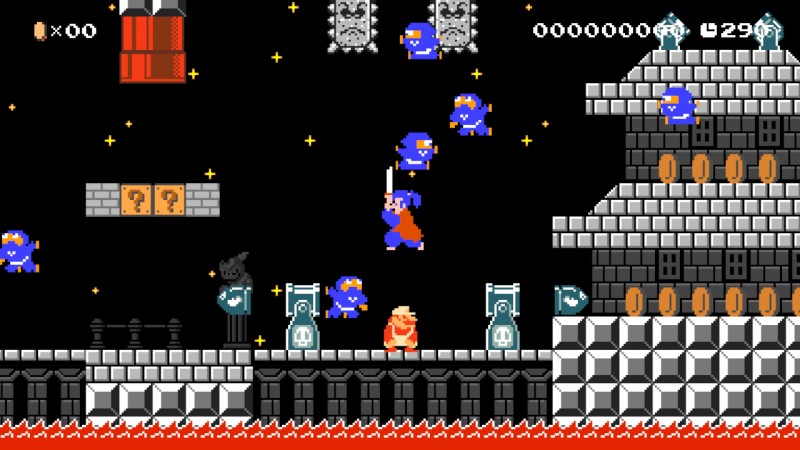 Over the course of my hands-on time with Super Mario Maker 2, I got a fuller picture of exactly how this one works. While the series' core tenets of creating, playing, and sharing are still very much intact, Super Mario Maker 2 improves and adds to every part of the package in meaningful ways, beginning with the very core of the series: the creation toolset. Not only can you create within the all-new and distinct style of Super Mario 3D World, but the four game styles from the first Mario Maker are vastly improved with new elements, an easy-to-navigate radial menu system, and a customizable hotbar at the top of the screen.

I was initially worried about how Super Mario Maker 2 would fare without the use of a touchscreen, but after just ten minutes, I was navigating the radial menus with ease. I didn't have much longer to experiment with the toolset, but after a few more minutes, I fell back into my creative mindset from the first Super Mario Maker and I made a crude first draft of a stage from a built-in template. What I created was far from brilliant, but I made a fun level that could easily be iterated upon and shared all without prior experience, which is exciting. 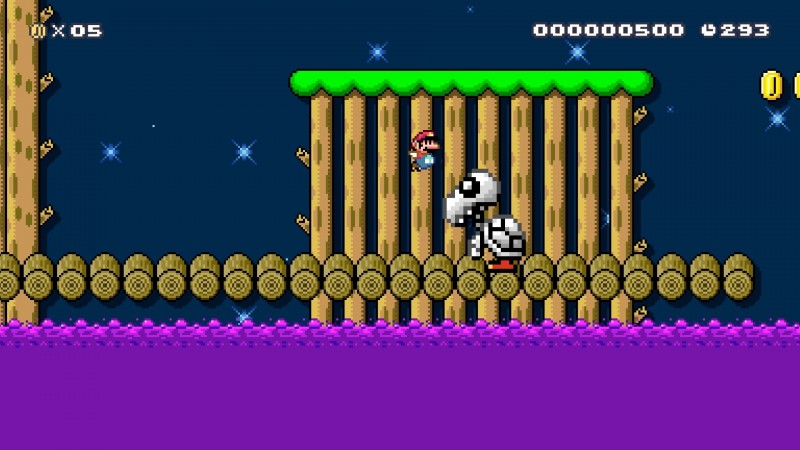 When forest stages are turned to night, the water changes to dangerous poison

During my time with the creation tools, I was sure to mess around with some of the newer elements. After creating a stage with an Angry Sun in the Super Mario World style, I switched it to nighttime to not only swap the backdrop but also change the mechanics. In night stages, each stage type has different rules. For instance, underground stages are played upside-down, while sky stages feature reduced gravity. In addition, the Angry Sun is replaced by a moon that clears the screen of enemies when you touch it instead of dealing damage to Mario.

After playing a bit with the styles from the original Mario Maker, I swap over to Super Mario 3D World. Unlike when I jump between Super Mario Bros., Super Mario Bros. 3, Super Mario World, and New Super Mario Bros. U, selecting 3D World gives me a warning that all progress on my current stage will be lost. This is due to the stage elements in 3D World being so different from the other game styles. After agreeing to that condition, I'm given access to an expanded suite of elements to create with, including the cat bell power-up, new enemies like Skipsqueak, and my personal favorite Super Mario 3D World element to this point: the Koopa Troopa Car. When you encounter this revved-up turtle, you can stomp on him to take his car, then embark on a joyride across the level, plowing through enemies and riding over small gaps, until you run into enough walls to smash it. I can't wait to create a Koopa Troopa Car obstacle course. 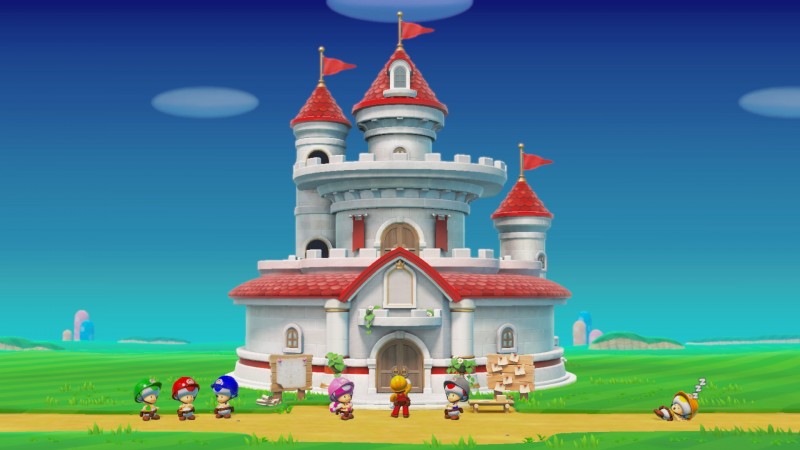 On the gameplay side of things, you can still play through the online pool of courses created by Super Mario Maker 2 players across the globe, but if you'd rather enjoy a curated collection of levels from the experts at Nintendo, the story mode will be right up your alley. Princess Peach's castle has been destroyed and it's your job to work with the Toads to rebuild it. Interacting with them is fun, as all my encounters resulted in witty and charming dialogue. Talking with the Toads allows you to accept jobs in the form of Nintendo-created levels. Over the course of the story mode, you can choose from over 100 all-new stages where Nintendo employees flex their creation muscles using the Super Mario Maker 2 building tools. Beating stages rewards you with coins, and when you combine that with any coins you collect in the stages themselves, you fund the reconstruction effort.

After playing through the first level and gathering my reward of 100 coins, I can afford the foundation. The Toads get to work rebuilding, but two hammer symbols appear over the project, signaling that it won't be done until I complete two more stages. I go to the Toad I spoke with before about the first stage, and he has another handful of stages to choose from. As the mode opens up, you encounter more quest givers and can opt to play the available stages in whatever order you want. 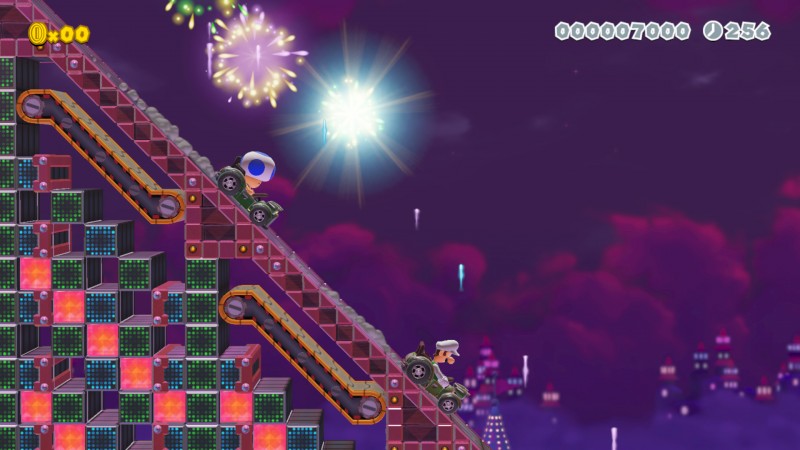 The Koopa Troopa Car is fast and fun, but be careful not to crash it

If you're looking to enjoy Super Mario Maker 2 with others, you have multiple ways to do so. By handing a Joy-Con half to your friend on the other side of the couch, you can cooperatively create stages. If you prefer to create alone, you can also enjoy four-player simultaneous multiplayer on any stage you've downloaded to your Switch; don't worry, if you're playing, you can use whatever Switch controller you want. You can also create a local lobby if you have multiple friends nearby with their own copies of Super Mario Maker 2 to connect up to four Switches. Meanwhile, the online offerings allow for cooperative play with strangers, as well as ranked competitive play. After playing some local co-op, it became apparent to me that not every level is designed with multiplayer in mind, so Nintendo encourages multiplayer hopefuls to seek out stages tagged for multiplayer.

If you just want to find some new stages to download and play through for yourself, Nintendo has made that easier as well. Thanks to the tag system as well as various feeds to scroll and search through, finding the right course for you is simple. The courses still use a code system, but you can search based on detailed parameters and even follow specific creators to develop your own feed of new stages within the game. 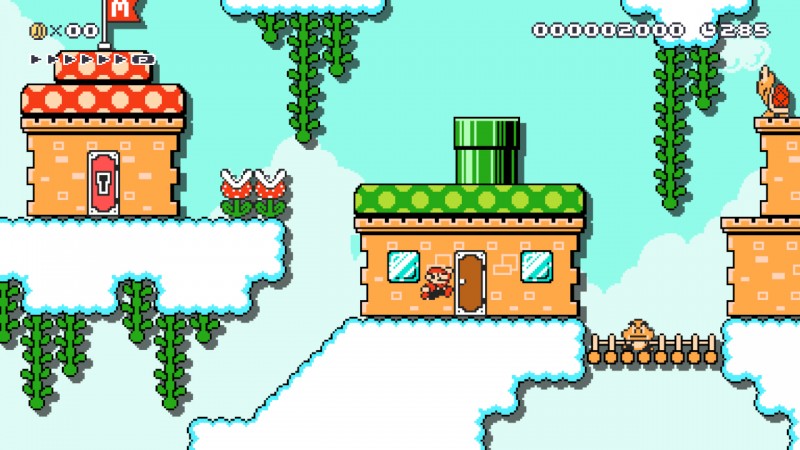 With its easy-to-use creation tools and multiple improvements and additions, Super Mario Maker 2 looks like a surefire hit for those who enjoyed the first one. Just from the short time I had with the game, my creative juices have already started flowing and I'm getting more excited to have the new and improved toolset on my Switch.