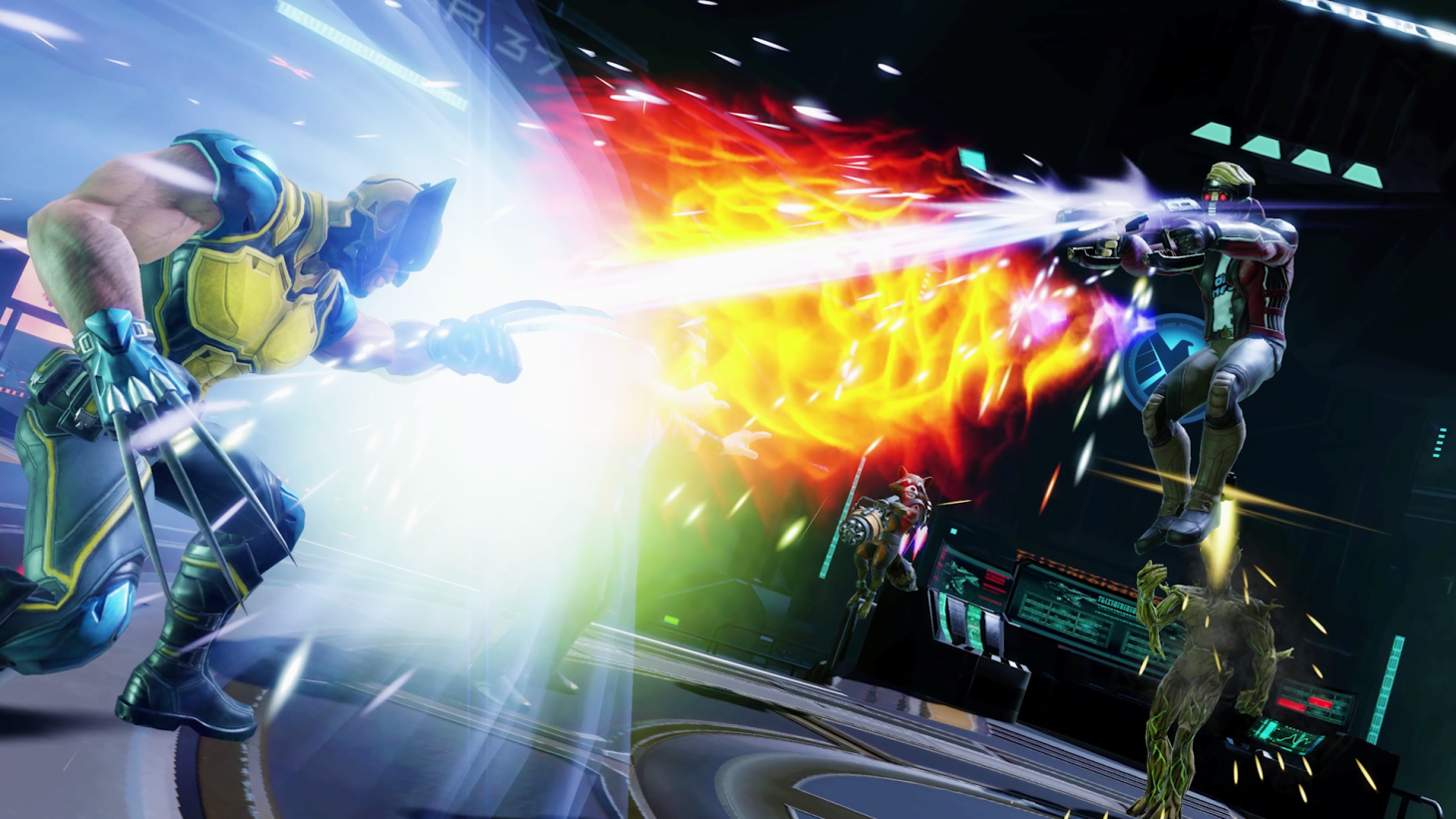 Marvel Strike Force, the mobile hero-collection RPG from FoxNext, is about to receive its biggest update yet. Since its launch last March, Marvel Strike Force has grown substantially, adding tens of new heroes and several new features over the course of its first year. However, it's been rare that an all-new mode has been implemented, but that's just what players can look forward to next week.

Joining an active Alliance is a critical part of getting the most out of Marvel Strike Force; completing raids and Alliance-wide milestones deliver some of the best rewards to boost your roster. However, FoxNext is ready to take the incentives to the next level with a feature that has been teased through a giant "Coming Soon" spot on the menu since launch: Alliance War. 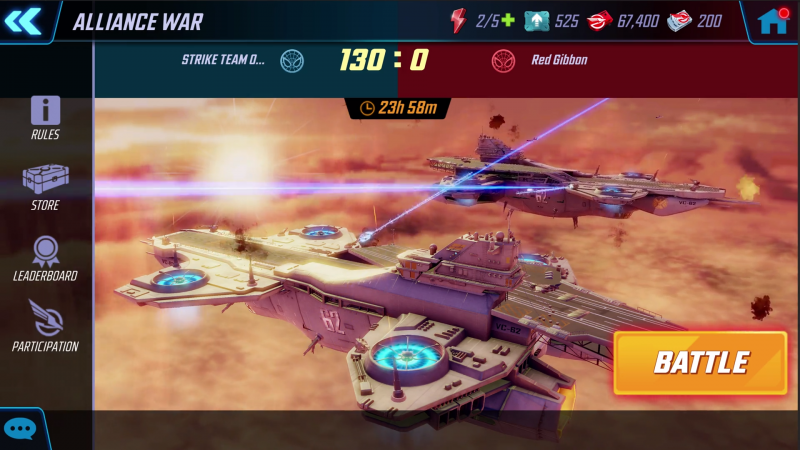 Alliance War has been on the menu since the early days of Marvel Strike Force for a very good reason: The team created the mode the same day they drew up the concepts for the game itself. "As live-service games mature – and certainly this is what we’re trying to do in this case – you kind of think about it the way you might concept a pilot for a TV show; you don’t just think about what will happen in the pilot, you think about what will happen over the entire course of the show, hopefully running many, many seasons," FoxNext VP and GM Amir Rahimi says. "That was the approach here. We wanted to not launch with Alliance War because the game was going to be a big enough challenge to get out there, but really design the game for Alliance War and design them hand in hand."

In Alliance War, your Alliance of 24 players takes control of its own helicarrier. The goal of the mode is to attack an opposing Alliance's helicarrier while defending your own in head-to-head matches. You do this by using your ever-growing roster of heroes and villains. Battles play out much like they do in modes like Arena; you set a defense team to protect the room, but when the opposing Alliance attacks, your characters are controlled by A.I. However, you control your offensive attack like you do in any other Marvel Strike Force mode.

Each helicarrier has 12 rooms, with each providing different benefits. For example, the Med Bay provides health buffs to attacking and defending characters, while the Armory gives global attack buffs. Others have specific bonuses for attackers or defenders, making them less valuable overall, but more valuable in specific situations.

Each room has two slots for players to work together to defend the room with their characters. Each player can leave 8 teams of characters to hold down that room for a total of up to 16 teams for the opposing Alliance to work through before it can take the room. The mode is designed to force players to use their entire rosters, something that should give players who have kept their teams well-rounded an early advantage.

Be prepared to use your whole roster when Alliance War goes live.

You must be strategic about which characters you use where and when, as each character can only be used once per war. This means that if you leave your best character behind to defend a room, they cannot be used on offense. In addition, if you use a team to attack a room once, you cannot do so a second time. If you can't fill out a room you're defending, you can either leave fewer characters to at least give some resistance, or you can leave it empty and the game will fill the room with weak, yet better-than-nothing SHIELD minions.

According Rahimi, this particular layer of strategy is among his favorite parts about the mode. "What often happens is you’ll encounter a room and you’ll do this calculation in your head about, ‘What’s the minimum team strength that I could bring in to beat this opponent?’ and that’s a very different way to think about the game than before,” he says. “You don’t have to bring five characters into a battle. Now teams of one all of a sudden become interesting. So if it’s a room full of SHIELD minions and my Crossbones is powerful enough, he becomes really interesting because his ultimate can just clear that whole room out. Or just teams of two that synergize well become interesting, like Ant-Man and Wasp synergize really well."

Certain characters also have a new "Military" trait, which means their origin stories have some involvement with or service to the military. So far, the only characters to possess this trait are Captain America, Captain Marvel, War Machine, and Winter Soldier. This means these characters possess various abilities that buff them in Alliance War. Just as some characters like Night Nurse are great in raids, these military characters will be great in Alliance War. Some characters who have military experience, like Punisher, don't have the trait yet, but FoxNext says that may change in the future. 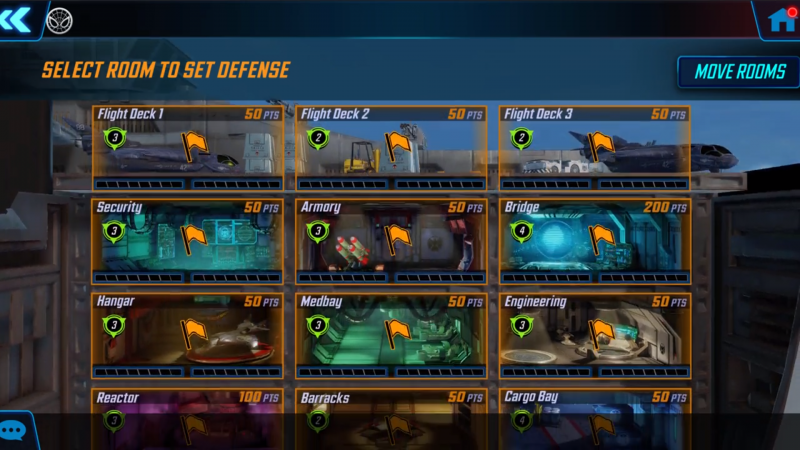 Once the war begins, attacking Alliances must start at the top deck and work through rooms, so you can't just jump right to the bottom. Once you defeat one player in a room, you can see what room is beneath that one; if you defeat both players in a given room, that room is destroyed and all buffs and bonuses granted from it to the opposing Alliance are lost. Destroying a room also grants big point bonuses, which determines the winner of the Alliance War. If you're defeated in the room you're defending, don't worry: You can still attack with the remaining characters.

Since destroying rooms weakens the opposing team and each room has different point values, choosing which rooms to attack first adds a layer of strategy and requires coordination throughout the entire Alliance. To mix things up, Alliance leaders can reconfigure these 12 rooms however they see fit prior to a war starting. “The goal of this feature for us is to keep players playing forever and ever and ever,” Rahimi says. “That’s why we added a lot of things like moving the rooms around. A lot of the depth of complexity is in the service of infinite replayability.”

One of the chief concerns of any mode like this is that it can easily become pay-to-win. Just like every other mode in Marvel Strike Force, Alliance War operates on an energy system. Energy caps at five attacks at a time, with that regenerating over time. No outside currency can be used within Alliance War outside of Power Cores, but even then, you're capped on how many times you can refresh energy using Cores. This is done to help level the playing field. "Once the war starts, we want it to be as even of a playing field as we possibly can,” Rahimi says. “You can use your Power Cores to refresh twice, but you’re capped."

Another way FoxNext is helping level the playing field is through a sophisticated matchmaking algorithm for Alliances. Looking for Alliances with equal overall power isn't fruitful, as one powerful outlier player could throw off the entire balance. Instead, FoxNext's system looks at individual players within Alliances and matches them up based on how well individuals will face off. 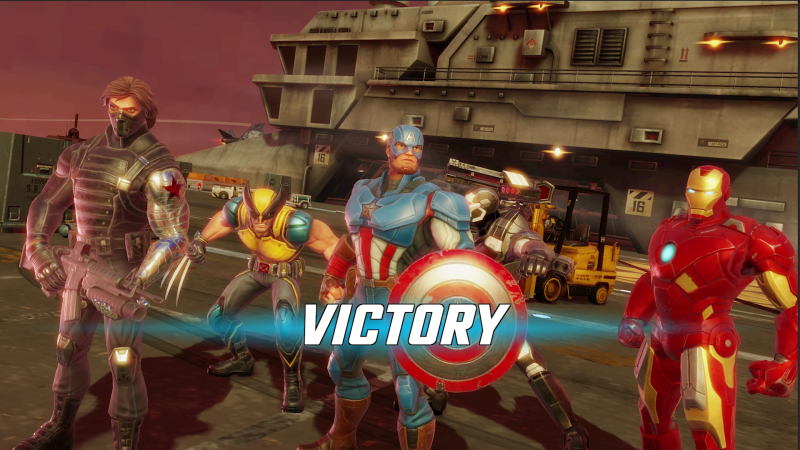 Because this mode is more involved than even raids, FoxNext is limiting the number of wars that happen per week. Rather than having a war every day, players can probably expect a few wars each week. FoxNext says that even once you understand the flow of Alliance War, being a fully participating member of your team could consume up to an hour a day.

At the end of each Alliance War, both teams are awarded with Alliance War shop currency. Just as Blitz, raids, and Arena have their own shop and currency where you can buy character shards and gear, Alliance War does as well. However, the quality of Alliance War's shop is going to be more valuable to players. “The Alliance War shop will definitely be the best shop in the game in terms of value and by far the best source of orange materials,” Rahimi says. “Players are definitely going to want that currency.” 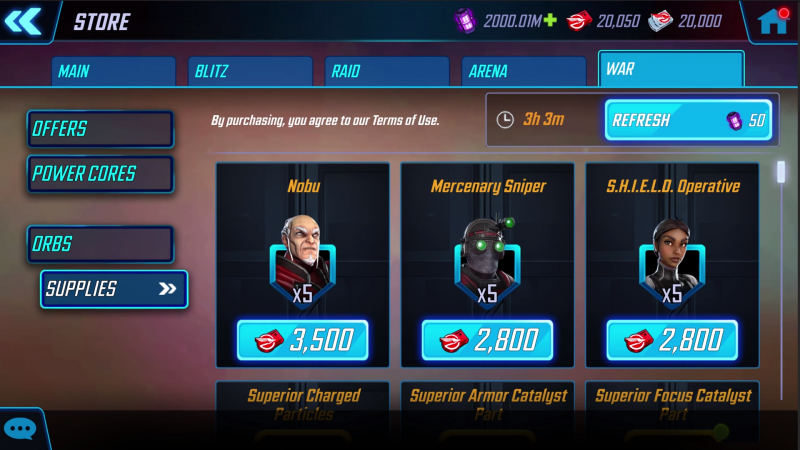 With so many moving parts and so much to learn with this new mode, players are probably going to want to get started as soon as possible. Thankfully, they don't have to wait long for that placeholder menu slot to activate; Alliance War comes to Marvel Strike Force on March 26.