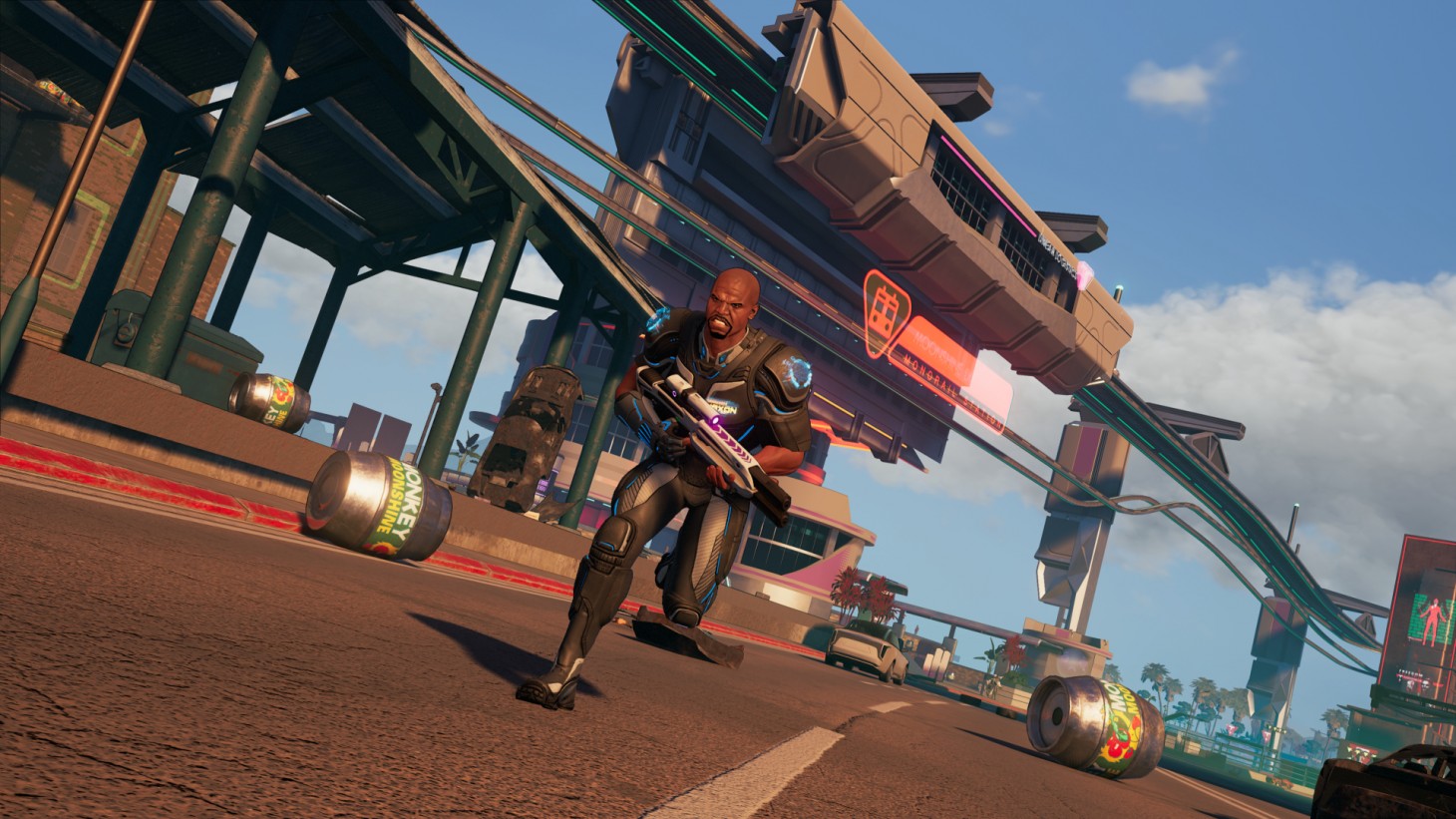 It has been a strange ride for Crackdown 3 since the game’s first announcement in 2014 at the first E3. Through the years, the game got new footage, multiple delays, features deferred or minimized, and set a general tone of not being worth the wait. While I can’t say whether Crackdown 3 is worth the wait after my few hours with it, as someone who had not been confident in the game’s quality over the years, I came away having liked what I played. Perhaps this is an obvious statement, but Crackdown 3 feels like Crackdown, for better or worse.

The agency has caught wind of a new city with new problems and has arrived to help. The big boss sits in a skyscraper on the central island, guarded by poison and actual elite guards, ready to take on whichever agents come after her. Despite the ending of the first Crackdown, Crackdown 3 mostly ignores the first game’s final twist, and brings the Agency director back to whisper stern encouragement into your year. 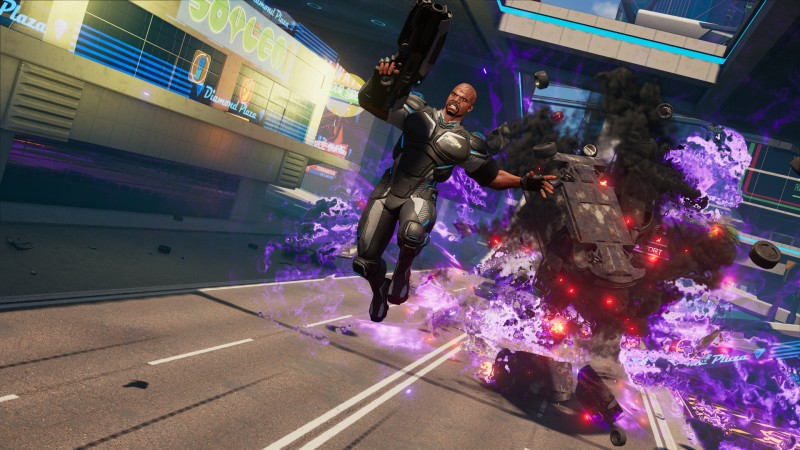 There have been ten years of evolution in the open world space since Crackdown first released, emphasizing non-linearity in its campaign structure. The problem is that other games have done exactly that in the years since in ways that built on the things Crackdown and plenty of other titles iterated on. Crackdown 3 goes back to a simpler time where you’re given a set of objectives and are simply tasked with doing them in any way you see fit. If you want to head to the final boss’ corporate tower from the beginning of the game, you’re allowed to try.

“We were really happy when [The Legend of Zelda] Breath of the Wild came out,” said Joseph Staten, creative director at Microsoft. “One, because it was an amazing game and we are always happy when a game of that quality comes out. Two, because we saw that they were doing what we were doing, too.”

Bosses are littered around the map with different methods to draw them out. The Chimera tycoon Reza Khan is mining the poison out of the ground for the benefit of the villains, so the best way to get his attention is to wreck up all his mining equipment. No game does the shock and awe of guerrilla warfare with superpowers quite like Crackdown does and, in that sense, Crackdown 3 is like hanging out with an old friend again. You can land in an area with a super punch, shoot up the mining equipment, and get out of dodge before the reinforcements even get there. 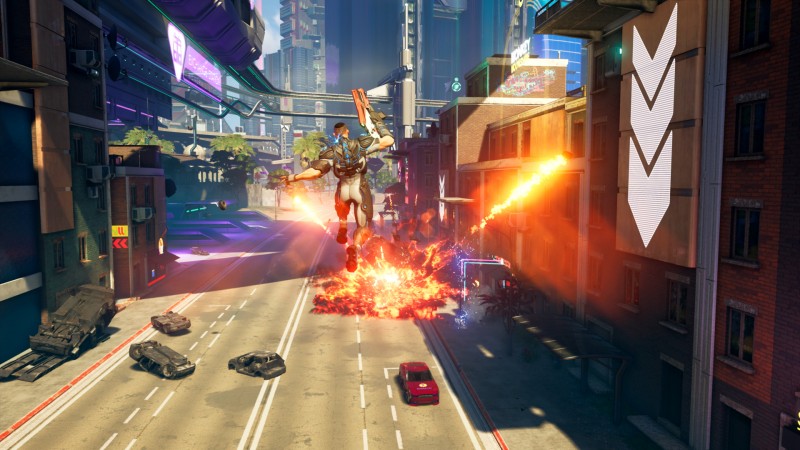 A different, perhaps even stranger ride for Crackdown has been as a three-game series over the last decade. While the first Crackdown was a surprising cult hit that happened to be packaged with a Halo 3 beta, the sequel was critically and commercially panned. Crackdown 2 reused the city from the first game, filled it with zombie monsters, and genuinely failed to impress. When speaking with Staten, he continually referred to Crackdown 3 as a real sequel to Crackdown, so I asked him what makes Crackdown 3 different from its predecessor.

“You know, Crackdown 2, the development for that was really short, I think 18 months,” Staten told me. “They had to make compromises. We wanted to make sure that, since it’s been a while since there’s been a Crackdown game, new players aren’t overwhelmed by legacy story. If you love Crackdown, though, if you really did enjoy the first game, we wanted to make sure you got the best possible modern version of that.” 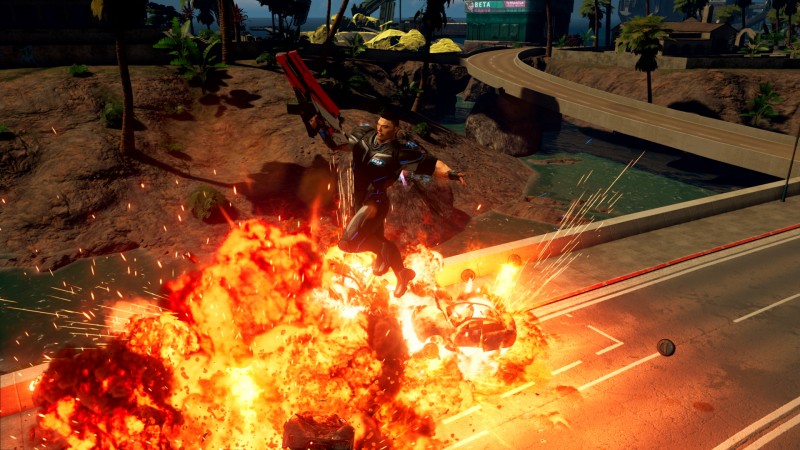 The multiplayer pits players against each other in a virtual arena that contains the destructibility element that Microsoft originally announced the game with. While the single-player campaign no longer contains the cloud-based physics necessary to power building destruction, the multiplayer uses it for every single surface aside from the base-level floor. That means that you can land on the top of a tower and punch your way through to an enemy at the bottom. Conversely, you can demolish a tower from the bottom and bring an annoying sniping enemy down to your level. Online multiplayer looks like it could be promising fun, provided you like seeing buildings come crashing down.

I did also ask if there were discussions at any level about bundling Crackdown 3 with a Halo Infinite beta. The answer was a flat no.

It’s hard to say whether Crackdown’s comforting familiarity will sustain over an entire game or just a short burst of time. It will depend not just on the structure, but the variety of mission objectives within that structure. Crackdown 3 has a lot to prove, but if its best quality is feeling like a newer, tighter version of the Xbox 360 original, then that might not be the worst thing.

If you want to see the game's campaign in motion, check out our New Gameplay Today showing off a bit of what you can expect from Microsoft's newest exclusive game.