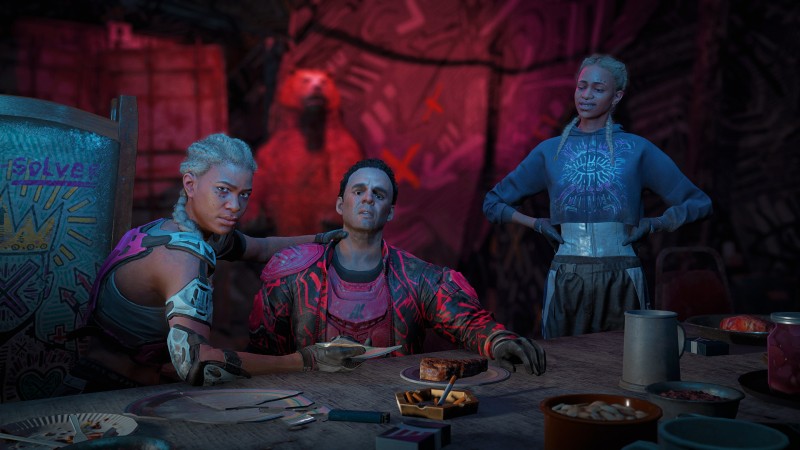 Far Cry: New Dawn introduces two new villains to the Far Cry universe, Lou and Mickey, to terrorize the player and the survivors of Hope county. The twin sisters have traveled across the country pirating resources for their own use, chewing up self-sustaining communities and spitting them out before traveling on to the next one. In a new video released by Ubisoft, the actresses behind the roles explain what it was like to take Far Cry: New Dawn's villainous duo.

Actresses Leslie Miller (Lou) and Cara Ricketts (Mickey) talk a bit about recording the dialogue for the game and getting lost in the psychopathic characters with a penchant for pink but a much stronger preference for red.

In addition, Greg Bryk resumes his role as Far Cry 5's Father, though this time he has the experience of 17 years of nuclear holocaust weighing on his mind. Bryk explains what it's like to play Far Cry 5's villain in New Dawn in an age where the character is no longer the big bad.

Far Cry: New Dawn releases on PlayStation 4, Xbox One, and PC on February 15.