With the February 15 release date fast approaching, Metro Exodus has already gone gold and developer 4A Games is in the fine-tuning stage of development. Deep Silver recently swung past GI headquarters to give us one last look at the game before we begin our final evaluations.

This latest build brings us to a dusty desert region we only saw glimpses of during our cover story visit to 4A Games’ Malta studio last year. Artyom and the Spartan Rangers accompanying him are far away from the Moscow subway tunnels they once called home, and from the looks of it, they are worse for the wear.

I journeyed through this dangerous region for several hours, by far our most expansive hands-on time with the promising title thus far. Here’s what you need to know.

The Countryside Is As Unforgiving As The Metro

This mission starts with the Spartans in dire straits. The Aurora locomotive that serves as the group’s home and your hub has burned through all the coal, leaving them to burn any available fuel. To make matters worse, its water tank is also dangerously empty, and many passengers are suffering from hunger, dehydration, and sickness.

This desert is no convalescence resort, so Artyom is assigned four critical tasks – find some water reservoirs, steal some gasoline, and look for the nearby communications bunker that may have maps the Spartans can use to find a hospitable area free from radioactive fallout.

Just because the mission takes place outside, however, doesn’t mean Artyom now has an abundance of resources. Like the underground tunnels of the previous two games, attrition still plays a central role in Metro Exodus. With the new sandbox-style world design, you’re free to wander in any direction, and exploring can yield some nice attachment upgrades. But you’ll also probably burn through a lot more ammo defending yourself, which could put you in a disadvantageous position during the more focused firefights. Expect to desperately scavenge resources and constantly deconstruct ammo for guns you aren’t currently using so you can fill enough magazines to get you through your next armed encounter. Sometimes, it’s smarter to stick to the shadows and conserve those bullets. 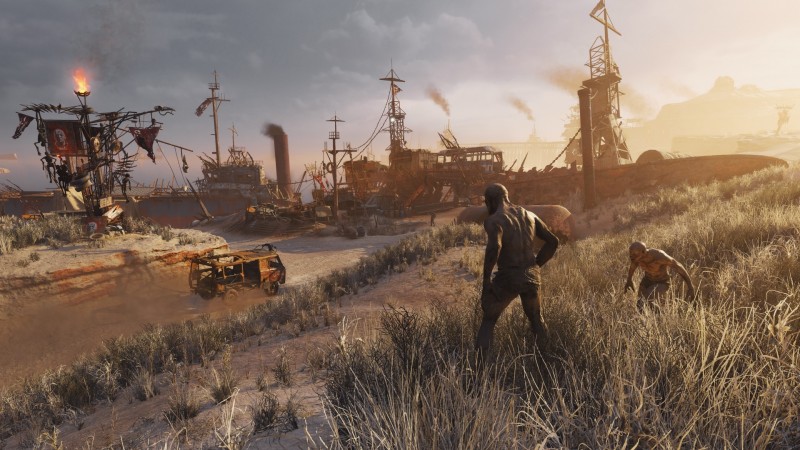 When 4A Games announced its plans to leave the underground and head into the open Russian countryside with Metro Exodus, I had concerns. Namely, could the studio still pull off pulse-quickening moments in wide open spaces? Thus far, this quality hasn’t been lost in translation.

When I first set off on-foot in this desert region, I headed toward a set of ruins off the path from my next objective. Rounding a corner into the rubble left from a building, I was immediately taken aback when it looked like the wall started to move toward me. That was no wall. Apparently, the hunched “humanimals” roaming the irradiated wastelands have developed camouflage skills, because the ones in this region blend in perfectly with the tan backdrop. Fighting off one of these new beasts is easy enough, but they can call for backup. If you’re not careful, you can be quickly overwhelmed.

Humanimals aren’t the only horrors haunting this region. Mutated snakes slither through the sands and can catch you off-guard in otherwise deserted areas. The winged demons hover above and occasionally swoop down to grab you (or beat the hell out of your vehicle) if you’re spotted. Occasionally, sandstorms whip through the region as well, dramatically diminishing visibility and making it much harder to identify threats from afar.

The Interiors Are Suffocating And Dangerous

Though these sandbox regions have lots of open space, 4A Games includes large, detailed underground areas as well where it can inject that classic claustrophobic Metro tension. Artyom journeys to this Caspian region to find an invaluable set of maps in a nearby bunker. Enlisting the help of a local lady who owes him a favor after repelling a bandit advance on the lighthouse she calls home, Artyom gains access to the abandoned facility.

Down here, Artyom has to deal with a lot of familiar problems – radiation zones that require he equip his facemask, dimly lit corridors, packs of lurkers and spiderbugs roaming the area ready to swarm on first sight, and dilapidated rooms that give these mutant threats the ability to emerge and attack from all directions. The dread that hangs in this underground complex feels like classic Metro. After locating and packing up the maps, the sporadic firefights leave Artyom short on ammo. The mission ends in a dramatic sprint back to the elevator while being overwhelmed by enemies. 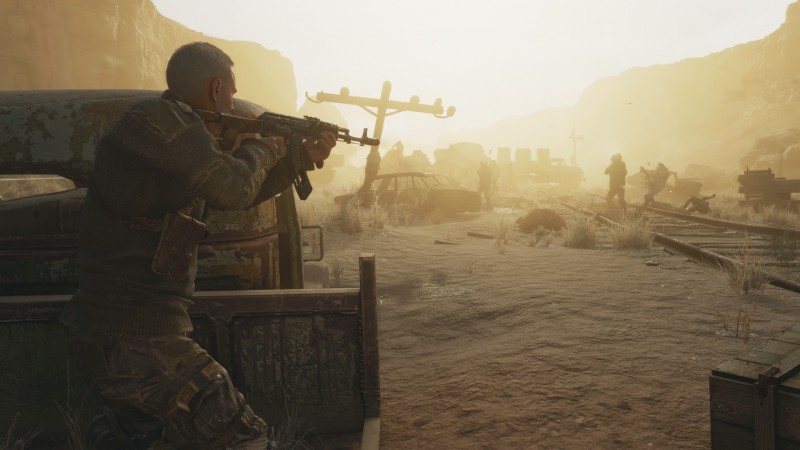 The Game Reacts Dynamically To Your Actions

With Metro Exodus allowing players to chart their own path through the sandbox spaces, 4A Games had to design a mission structure that accommodates this newfound freedom. I saw these systems on display during my playthrough. When I showed no intentions of going to the first objective, after I journeyed far enough in another direction eventually Artyom’s handlers call over the radio to suggest he head to another nearby place of interest. But in doing so, I missed a set-piece moment where a sandstorm engulfs a communication tower and Artyom gains access to his first vehicle. Going off the beaten path doesn’t punish the player, however. I eventually gain access to a vehicle by other means.

After I successfully recouped the map, I could have continued to find the water and fuel supplies, but instead I headed back to the train to see what my compatriots were up to. After chatting with some of the people and crafting more bullets at the workbench, a dynamic firefight broke out right outside the train against a local faction threatened by our presence. 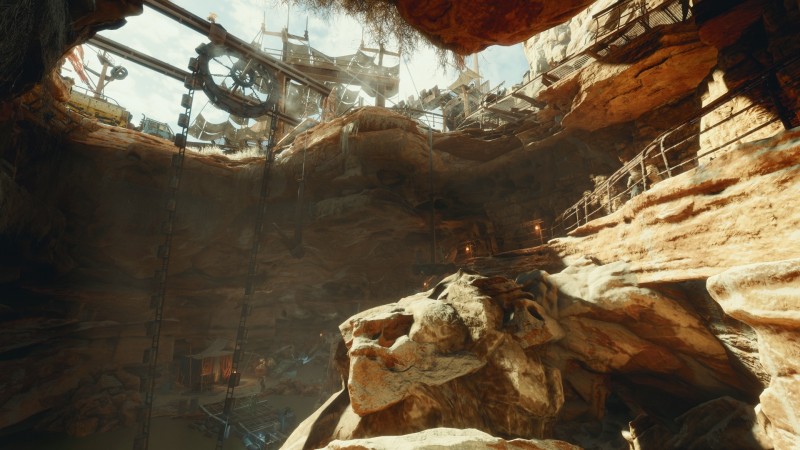 The Sandboxes Have A Lot Of Diversity

Desert regions are rarely the standout setting in video games – they are frequently barren and uninteresting because by their very natures, the developers don’t have a lot to work with. That’s not the case in Metro Exodus. I journeyed to most of the corners of the map and found it to be surprisingly diverse thanks to its proximity to the former shores of the Caspian sea. While most of the map is arid, you still see the infrastructure of a docking region, with a lighthouse, large crane, and several beached shipping vessels where the regional power keeps its prisoners. A change in altitude along the western part of the map gives way to an interesting cave system, and on the other side of the map you can find some gear in the air tower and hangers-on an abandoned airfield.

We felt the same way about the thawing river region and densely wooded territory we saw in previous game demonstrations, each of which had multiple alluring points of interest.

Artyom’s Lack of Agility Can Hinder You

Maybe it’s because he’s spent most of his life in the tunnels of Moscow. Maybe it’s because he lugs a backpack of heavy gear with him everywhere he goes. Whatever the reason, Artyom is not a limber man. Throughout my playthrough, I was surprised by how slowly he vaulted and climbed and how difficult it was for him to maneuver through tight places. Don’t expect to be moving quickly between different vertical planes. This is important to remember during firefights, where you can leave yourself mortally exposed if you make your move at the wrong time.

To learn more about Metro Exodus, check out all the details we discovered about the game in our cover story hub. 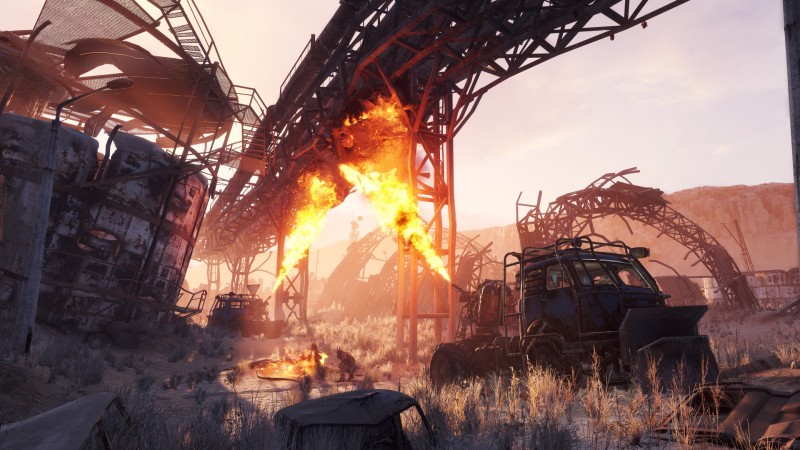 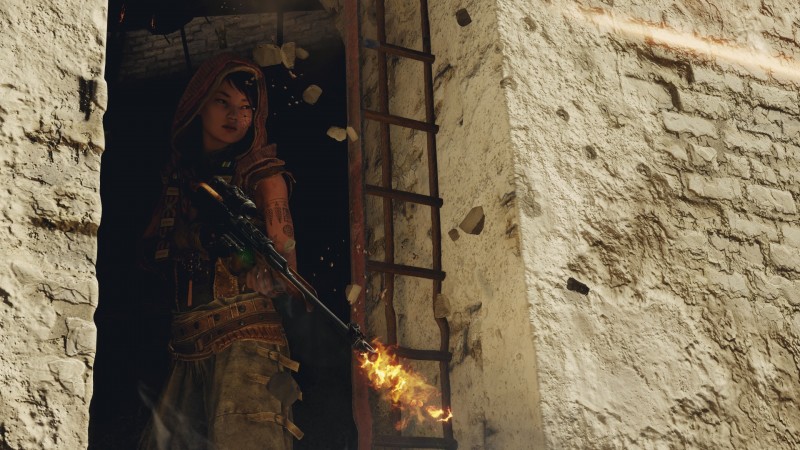 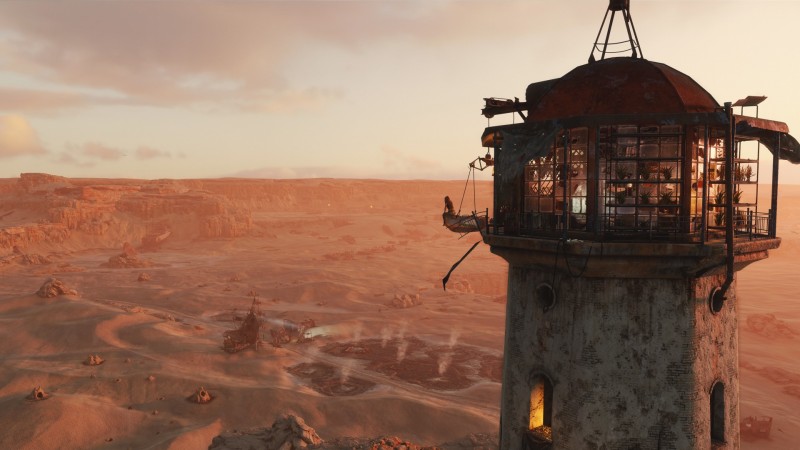 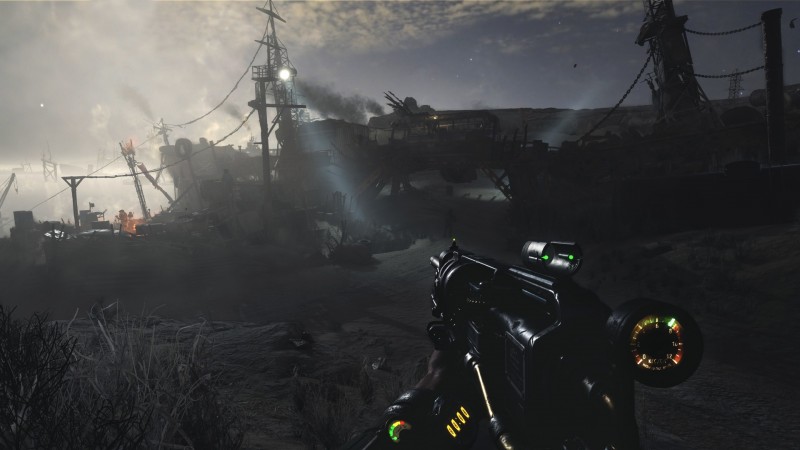 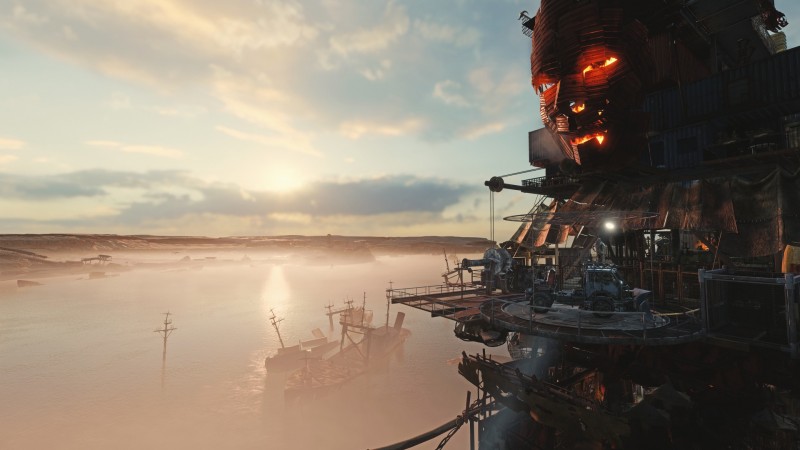