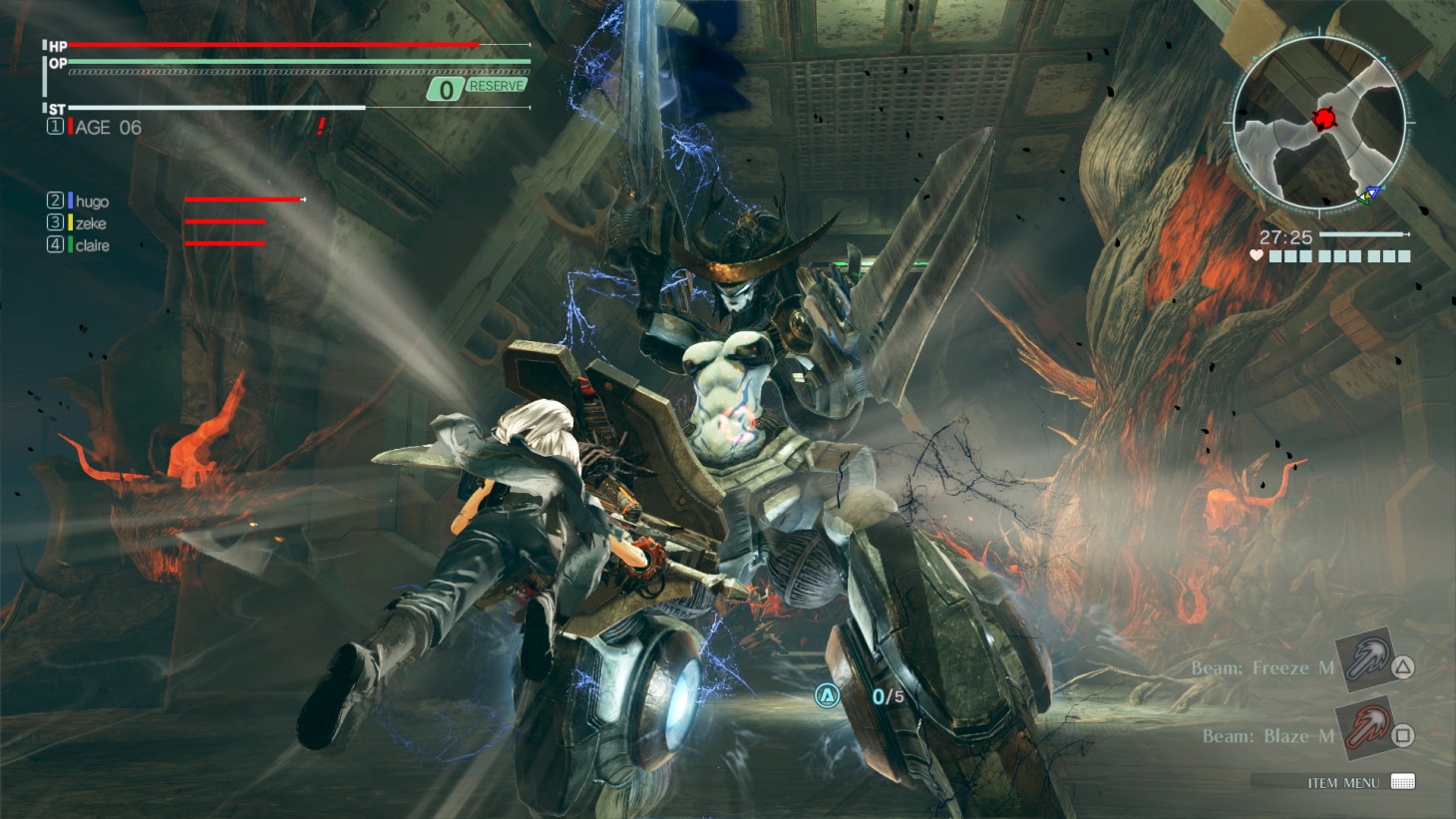 For as long as they have been banging at the door of an uninterested western market, it still feels like hunting games are still fairly nascent outside of Japan. There have been stories for years about Japanese teenagers taking their PSPs on trains to get in hunts before school, but such anecdotes can feel alien on these shores. With Monster Hunter: World making a strong argument for hunting games in all parts of the world with its international success, it feels like there is room to look at other games in the genre, and God Eater 3 is eager to make an argument for its place on western shores. 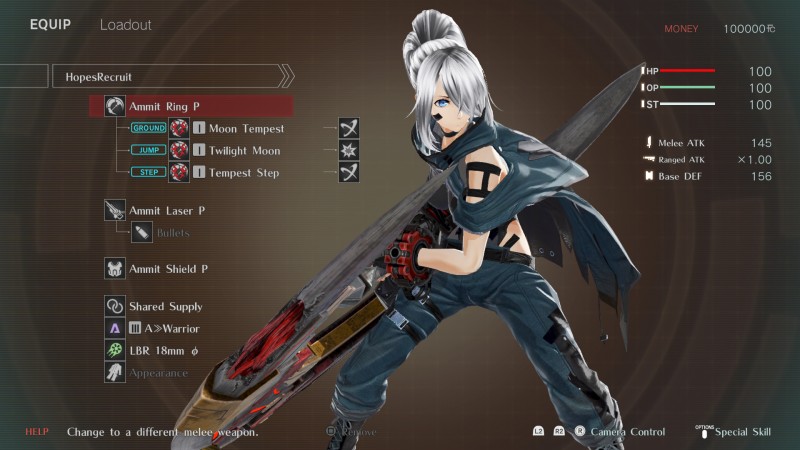 While hunting fans have been championing the series for many years, God Eater has kind of flown under the radar compared to its more popular rival. The first game came to the PSP in America as Gods Eater Burst, then went missing until the Vita and PlayStation 4 versions started filtering over in the last few years. As a contrast to Monster Hunter’s extremely deliberate movement, God Eater positioned itself as a hybrid between character action games and the hunting genre. Characters moved and attacked with lightning speed and the only way to survive was to react equally quickly. God Eater 3 carries on that proud tradition at a higher fidelity than any previous game in the series.

The basics of God Eater don’t vary too much from what the genre is known for, pitting you and some friends against monsters with breakable parts and nearly-indomitable wills. Called the Aragami, the enemies in the game are just as aggressive and fast as the player. Your best defense is that the hunters in the game have the ability to "eat” energy from the Aragami, dubbing them God Eaters, that lets them power up during the fight using techniques called Bursts. Thus, battles become tense back-and-forth fights of dealing damage and stealing resources to deal even more damage. 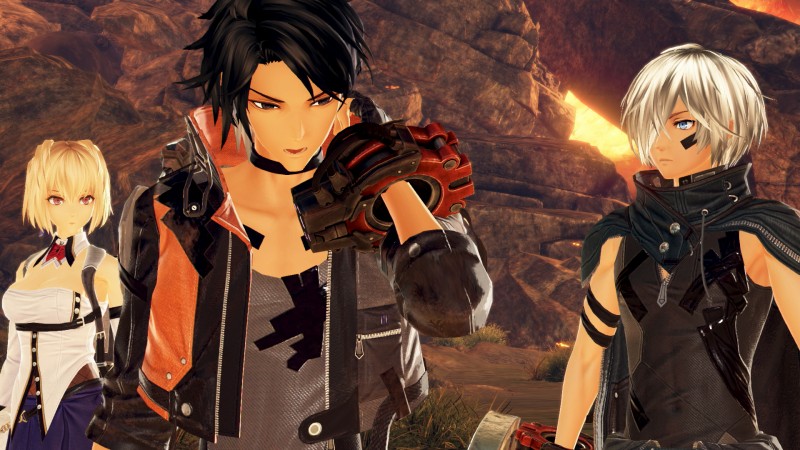 The third game in the series is also the first game to be built primarily for next-generation consoles, no longer sharing DNA with handheld versions. While not an open world in the least, God Eater 3 is bigger than previous iterations of the series in scope, scale, and general topography of its maps. No longer are you fighting Aragami on flat ground and small closed-off circuits, your arenas are now composed of different elevations made up of craters and debris and lots of different places for the monsters to escape to and for you to give chase.

As a hunter, you have the ability to go in with melee attacks, hang back and shoot the monster, and guard at a moment’s notice. You can only shoot the Aragami for so long before needing to recharge your weapons by beating Aragami face in for a bit, which is one of several ways God Eater incentivizes you to actually go in and build some combos. Another is the Engage system, where two hunters fighting near each other can power each other up. Since God Eater often encourages you to take CPU companions, the game encourages players to throw caution to the wind and not play conservatively. 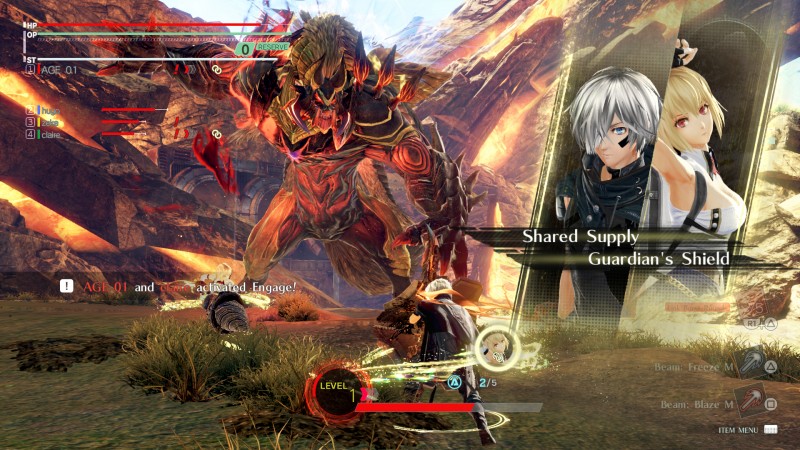 In the demo that Bandai Namco let us play, we got to take on a monster called Anubis in a multiplayer hunt. Unlike some other Aragami, Anubis also has the power to devour the energy of others, meaning that it picks up hunters and devours them to power up. When Anubis is in Burst form, it stands up on two legs and is surrounded by red lightning, meaning any momentum the God Eaters had going abruptly stops and everyone has to back off and pray they can dodge Anubis until it calms down again. Despite almost running out of lives and time, we barely managed to take Anubis down seconds before the demo’s timer expired.

For those who experienced Monster Hunter: World last year and are looking for more hunting action or were hoping for something that feels more Devil May Cry than Monster Hunter does will want to keep an eye on God Eater 3. The twitch gameplay will definitely appeal to a lot of players who are eager to test their skills on equally aggressive monsters and the larger scale should please God Eater fans that have been yearning for improvements. You can check out it out when it releases on PlayStation 4 and PC on February 8. 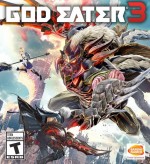