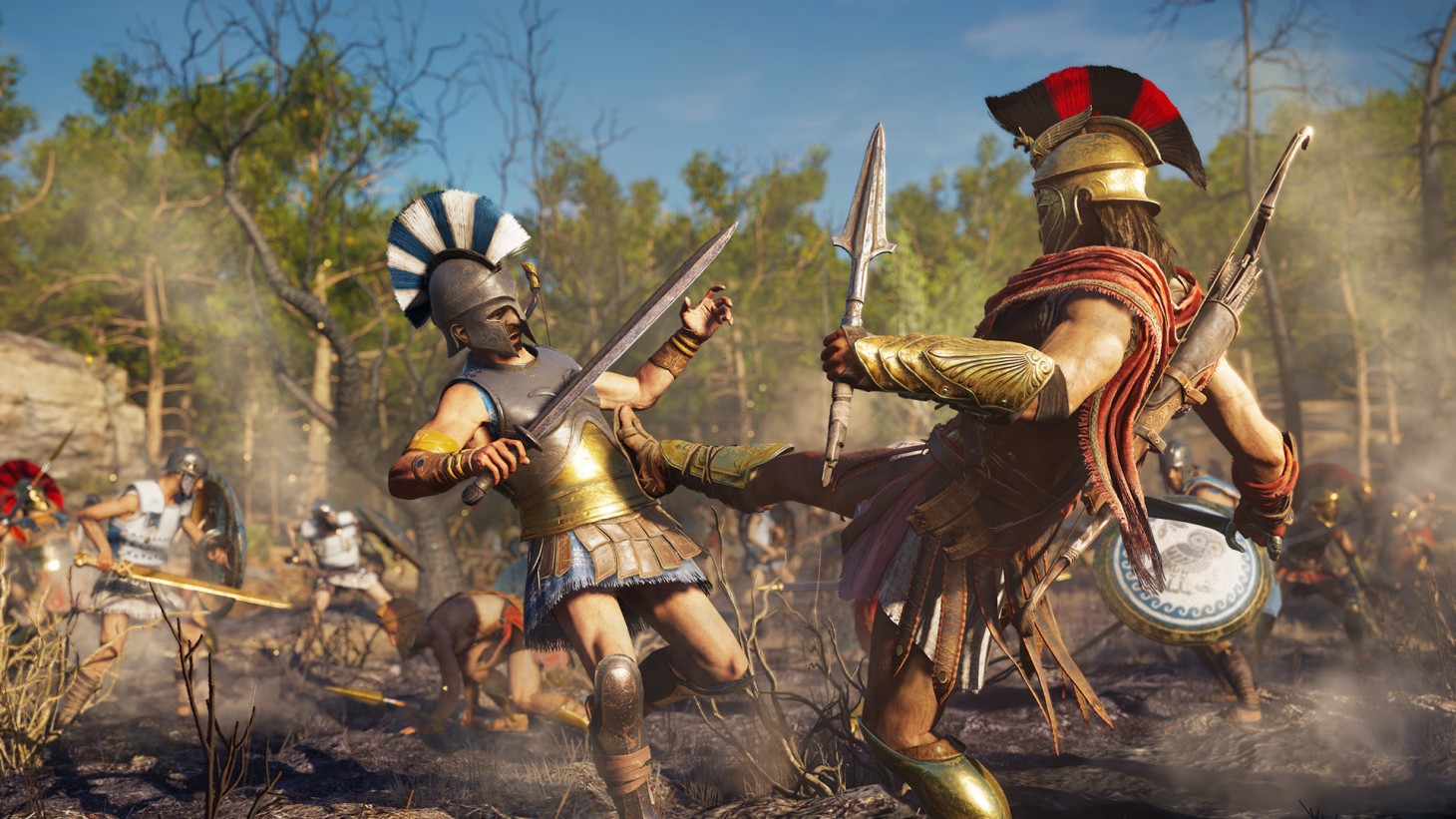 There's just a few short days until Assassin's Creed Odyssey releases, meaning it's time for everyone's favorite piece of the game launch cycle: launch trailers. Odyssey is no slouch here, either, as the two minute trailer gives you a good idea from what to expect in the very first story of the series.

The trailer focuses on Alexios rather than Kassandra as he cuts people up in battle and climbs on things. It also closes with a tease toward the monsters that your assassin will be facing later in the game.

Assassin's Creed Odyssey releases on PlayStation 4, Xbox One, and PC on October 5.