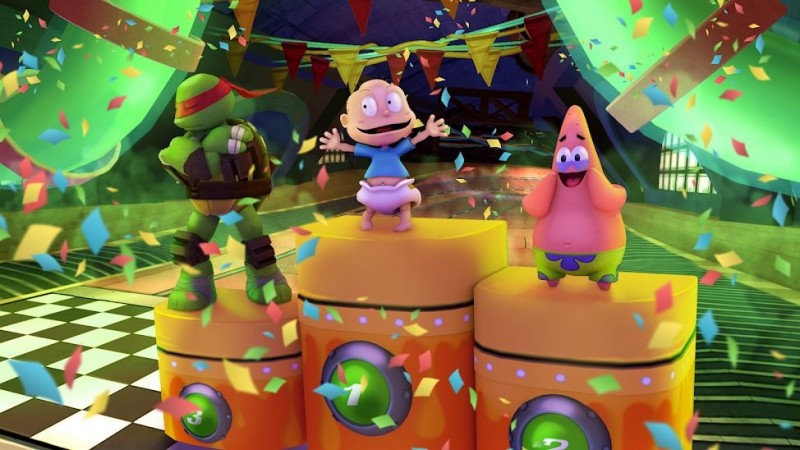 Nickelodeon has partnered with Bamtang Games for the upcoming Nickelodeon Kart Racers, coming to PS4, Xbox One, and Switch on October 23. In advance of the release, the studio has pulled together a trailer for the kid-friendly release, which offers the opportunity to see the many familiar faces that will be part of the racer, including characters from Spongebob Squarepants, Hey Arnold!, and Teenage Mutant Ninja Turtles.

In the kart racer, characters from this disparate mix of fictional universes are all racing around tracks on which green slime plays a major role. Slime helps to fill up your turbo meter, but when you win a race, it’s also the substance that falls all over your character while he/she stands on the podium.

Check out the trailer for a look at the family-targeted driving game.