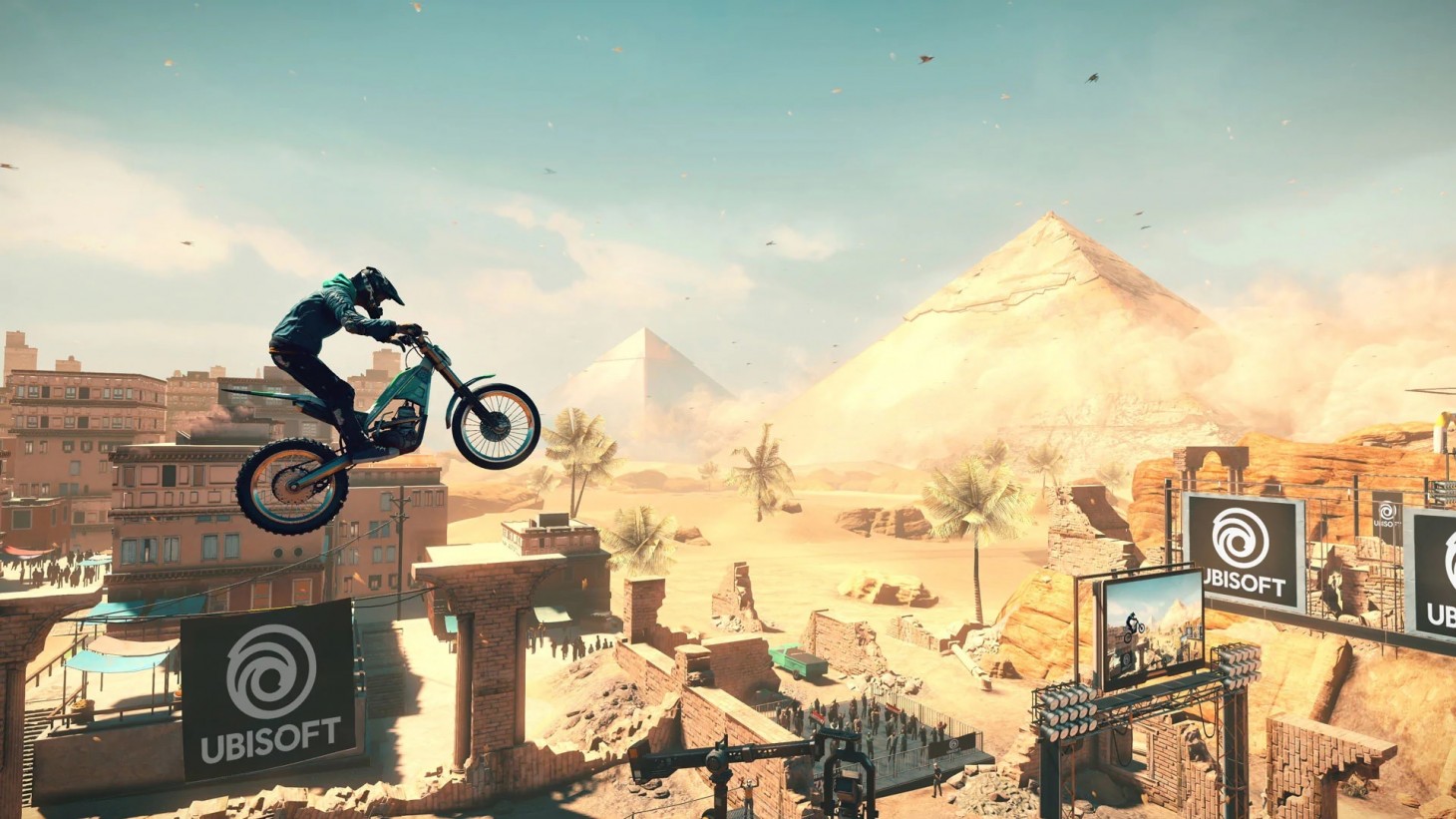 Trials Rising's has a deceptively simple goal: race a motorcycle to the end of the track as fast as you can. This is easier said than done, since each course invents increasingly creative ways to smear you across the pavement. Luckily, crashing is almost as fun as sailing past the checkered finish-line. Ubisoft's latest entry in the Trials series is fast-paced, over-the-top, and fun as hell.

I recently played the closed beta and, while features like the Store and Track Editor were unavailable, I had access to nineteen different tracks mostly scattered across North America and Europe. It is the first main entry in the Trials series since 2014, and Ubisoft’s decision to work with the community pays off with a tutorial system that quickly gets newcomers up to speed while still engaging long-time fans.

Trials Rising’s early levels are set in North America and feature big jumps in Yellowstone National Park, an out-of-control Midwestern theme park, and firework-enhanced antics in New York. Unlocking new courses and continents, hinges on increasing your rider's fame. You accomplish this by finishing races under time to earn medals or by completing sponsor contracts, like doing multiple flips before crossing the finish line. After amassing enough fame and dominating a multi-course stadium race, European tracks appear. Scrambling over teetering rocks in the UK and catapulting through the wonderfully titled “I Fell Tower” course in France, while marked as a medium challenge in-game, are absurdly entertaining servings of humble pie.

Don't be fooled by the simple starting contracts. Your first sponsor sets goals like “finish a race” or “beat an opponent,” but the challenges soon escalate to “travel 10 meters on your front wheel without crashing more than once.” You can make life easier for yourself if you pick the right bike for the job. There are four bike types: Squid, an all-around competent bike; Rhino, a heavier and more powerful machine; Mantis, a lightweight speedster great for tricks; and Tandem, a wacky new co-op option for when playing solo is just too easy. That’s right, Trials Rising has introduced a bike that lets two players control one vehicle. One player alone will not be able to reach top speed or fully maneuver; only both players working simultaneously can finish a race.

For the first time, Trials Rising includes human ghost players and has implemented them as part of the cross-platform functionality. You can’t directly play with friends on different consoles, but you can watch players from Xbox One, PlayStation 4, and PC run through the same course. You may find a faster path or uncover strategies to deal with punishing obstacles by studying their choices. If you want to make your own discoveries, you can turn the ghost feature off in the options menu.

Relearn the Laws of Physics

Crossing the finish-line requires a deft touch. If you are too fast, you might overshoot your landing, and if you lean too far forward you might flip the bike head over wheels. Luckily, I found crashing to be nearly as enjoyable as a perfect run. The ragdoll physics and unusual tracks are humorous bedfellows. Watching my rider’s limp body rocket down an unbelievably sheer drop, smearing her face across a wooden plank, and summarily flopping off the course’s edge was one of my favorite moments. Prepare to crash. A lot. Thankfully, Trials Rising mitigates frustration with generously placed check points. The clock keeps ticking, though, so it's better to be cautious in timed races. Fun as eating dirt might be, that first smooth run is undeniably satisfying, and returning fans can expect the same solid gameplay they have come to love.

At this stage, earning medals and accomplishing sponsor goals nets players both trials coins and experience points that increase fame. Trials Rising celebrates each new fame level by doling out gear crates full of cosmetic-only rewards. Trials coins are spent on things like victory animations and re-rolling a bad gear crate. The price to re-roll goes up every time, so you might want to use this feature sparingly. Ubisoft clarified here that players can also purchase acorns, a different in-game currency not shown in the beta, using real money.

On top of the typical character creation choices like gender, voice type, and skin tone – I went with a cotton candy blue – Trials Rising offers additional creative freedom over your rider's look. Feel free to swap out accessories, helmets, jackets, shirts, gloves, bottoms, and footwear to reflect your personality. Change each item’s color or attach stickers – which you can also customize by adjusting their size, location, and hue. The result is a truly unique look. I went down the rabbit hole creating a rider that looked like a Rebel Alliance pilot. When that didn’t go well, I pivoted to an overall zebra aesthetic.

Trials Rising doesn’t take itself too seriously, as evidenced by the gorilla suit and cowboy attire available in the gold edition pre-order. This new addition to the series will be a delight to new fans and rise to the expectations of old ones wanting a fresh take on the traditional Trials experience.  If you want a game stuffed with personality and addictive challenges, Trials Rising is coming out February 12, on the PlayStation 4, Xbox One, Switch, and PC. 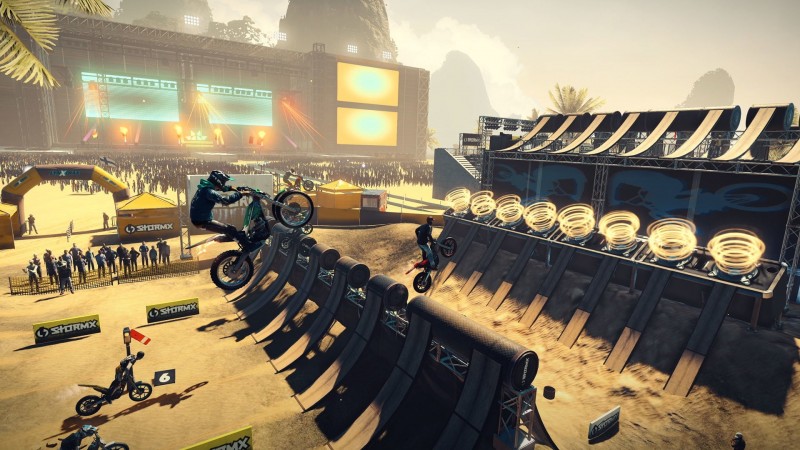 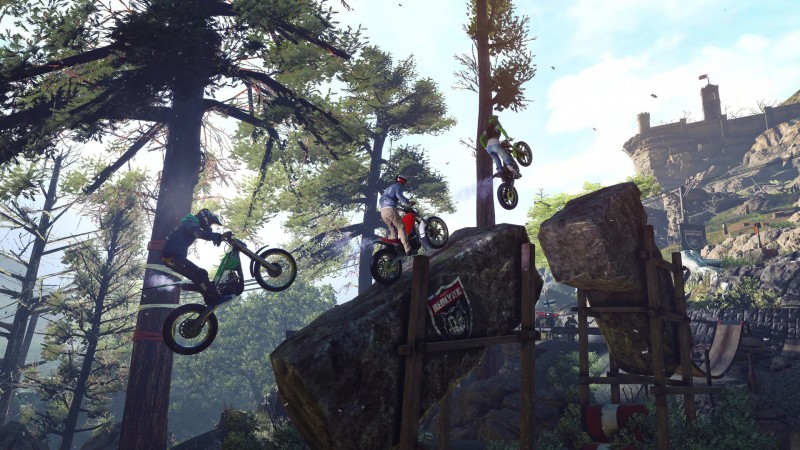 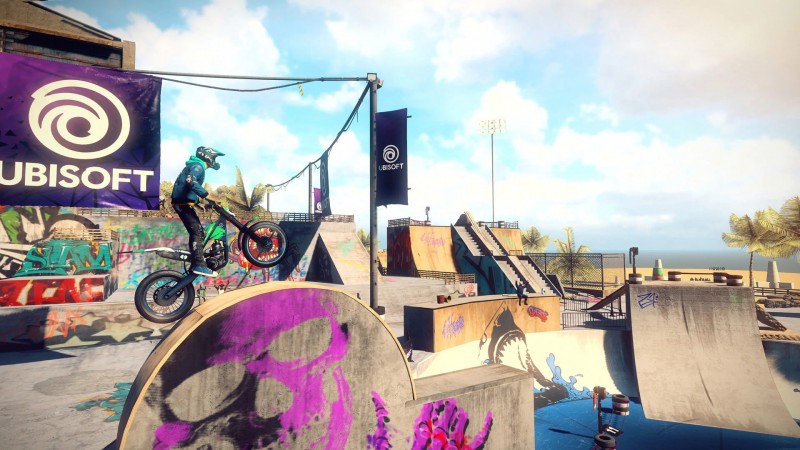 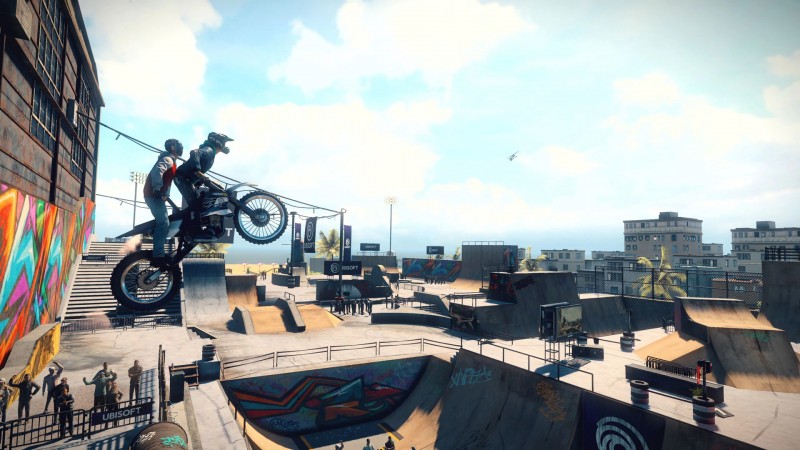 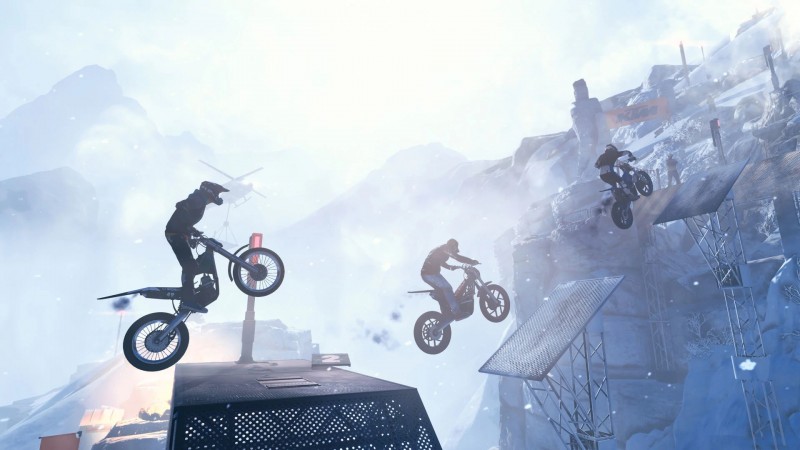 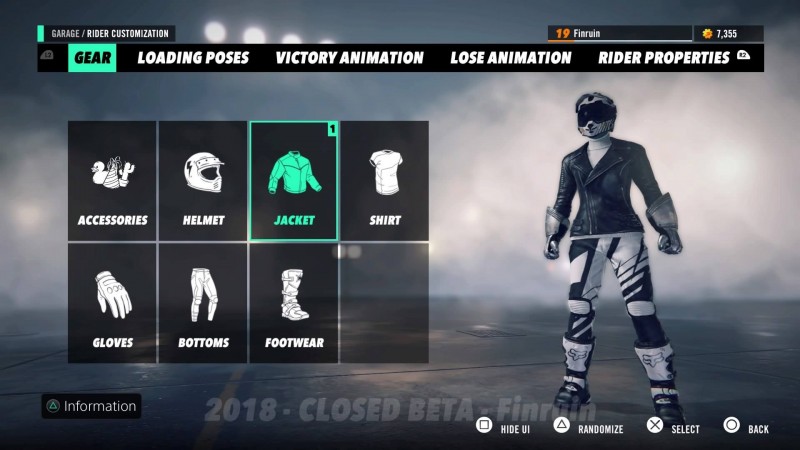 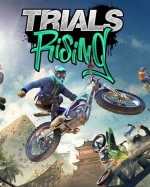