When you think "Mario Party," you probably think of minigames, getting frustrated by your friends, and getting even more frustrated by the seemingly random mechanics of the board game. I guess fun is also part of that equation, too. Historically, the series has mostly been about competing with those around you, and while all the Mario Party games have featured some kind of cooperative experience, Super Mario Party's is a little bit different.

During PAX West 2018 we got to play a mode called River Survival that is about teamwork exclusively, both in the way you move across the "board" and in the minigames you play. I put "board" in quotes because you don't play on a gameboard this time. Instead, three players and I paddle down a river, holding Joy-Cons in our hands to pantomime the act of rowing. We work together to avoid obstacles, making sure the two on the right side row when we need to move left, and perform the opposite when need to movie right.

Occasionally, a balloon appears on the river and we work together to hit it to start a minigame. Playing the minigames gives us more time on the river as our goal is to make it to the finish line before the timer runs out. We play a game where we all work together to herd penguins through a gate. Another we play involves us moving a box through a maze-like cave, each of us holding on to one of the four sides. We also play a cooperative memory game, guide a floating balloon with fans, and sort a variety of sports balls into boxes in a game called "Sort of Fun."

The co-op focus of the game was an enticing one and a nice change of pace from the typical Mario Party experience. Even though I didn't get to see any of the strange arrangements of multiple Switches for specific games as was shown in the E3 trailer, I did get to see Monty Mole in action. Super Mario Party releases on Switch October 5. 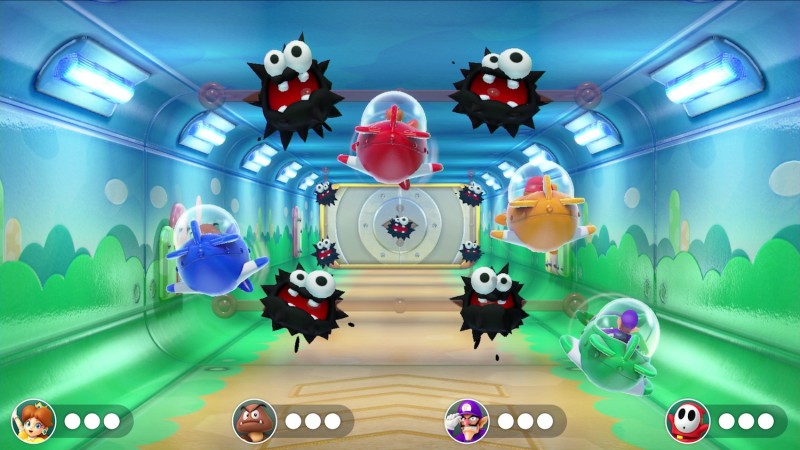 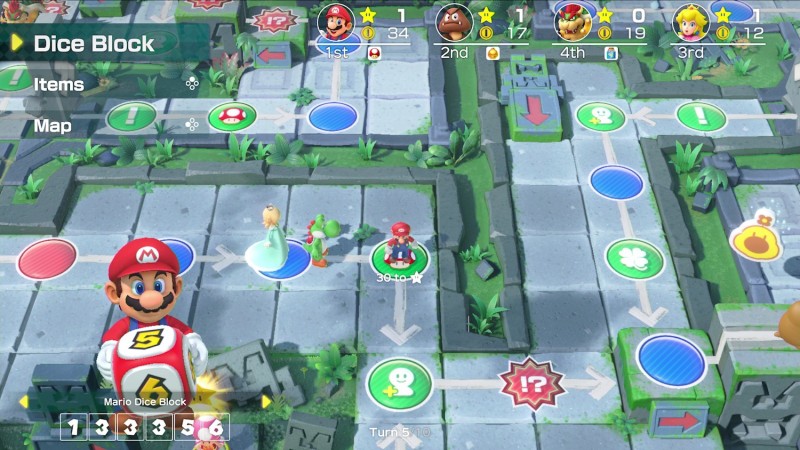 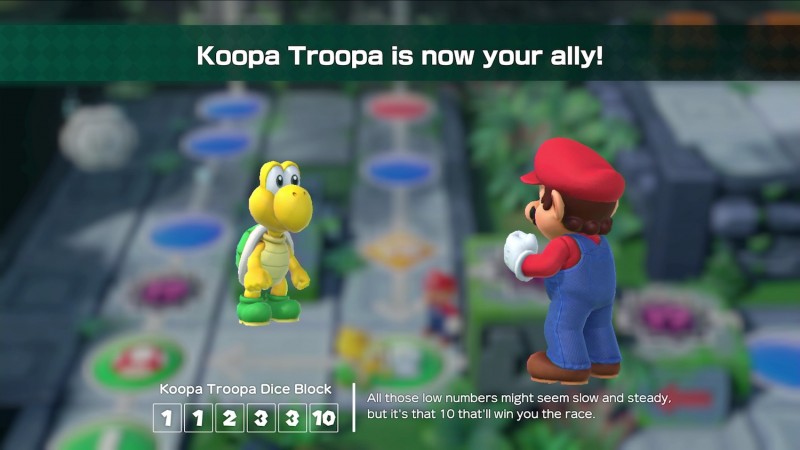 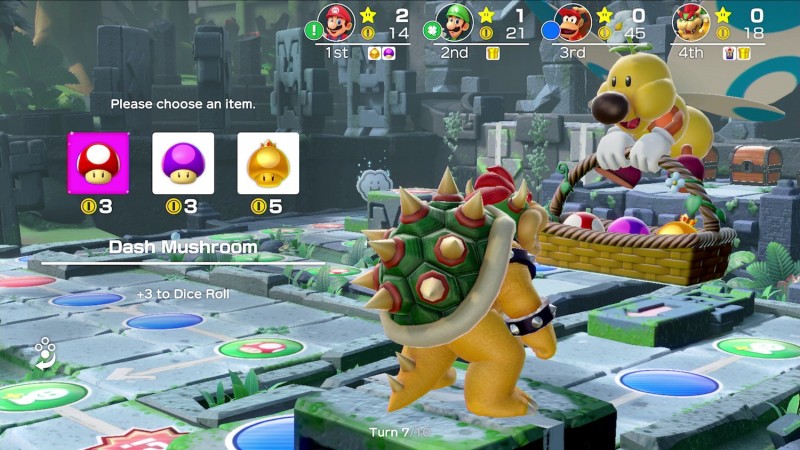 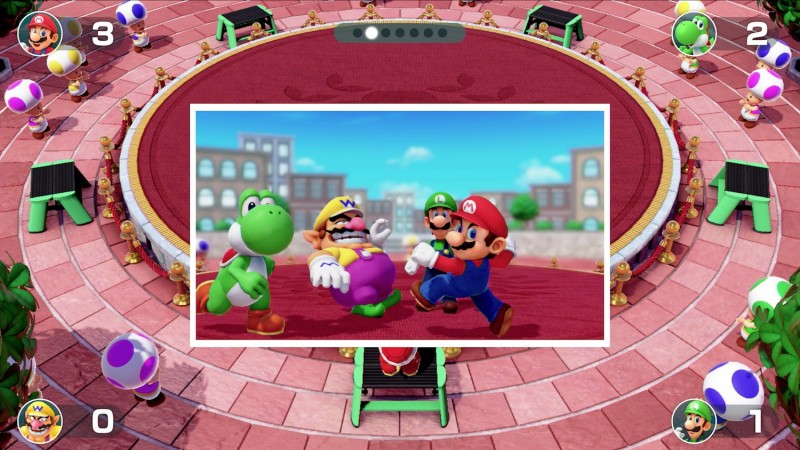 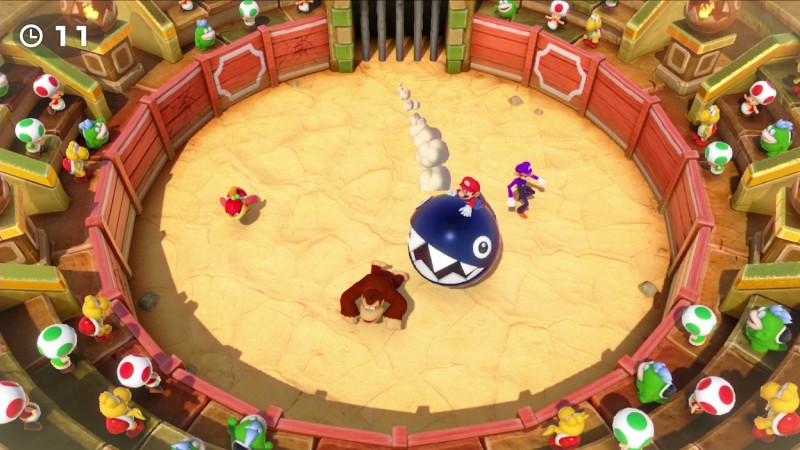 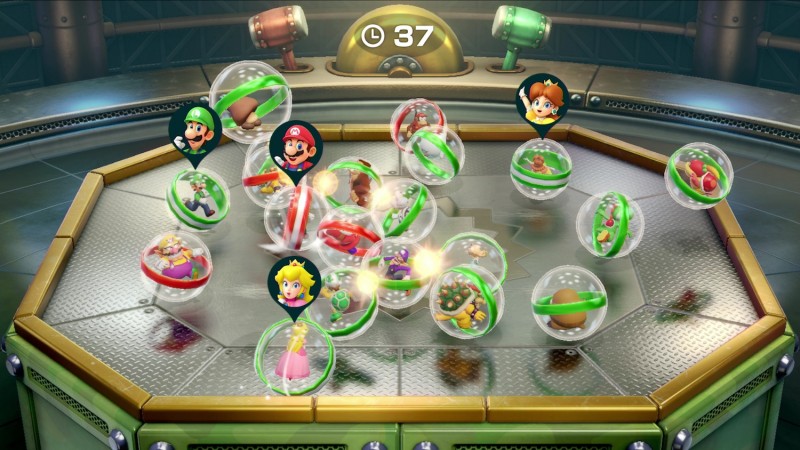 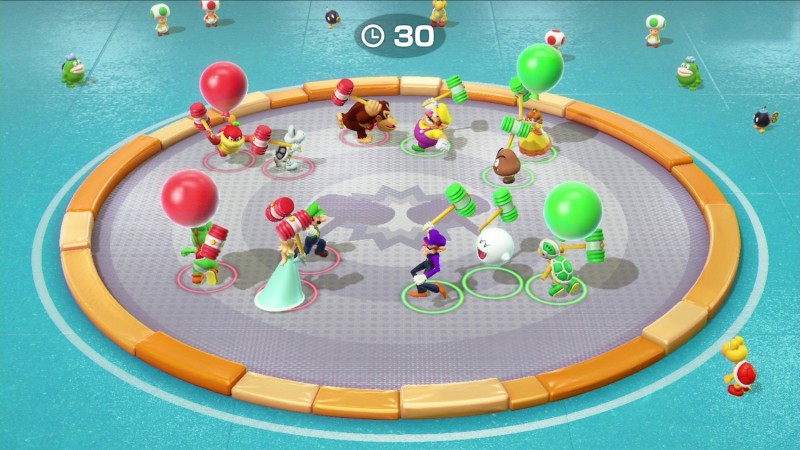 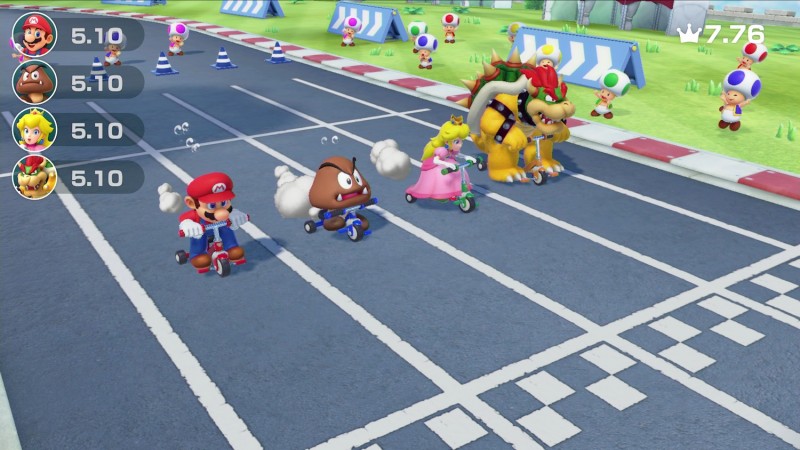 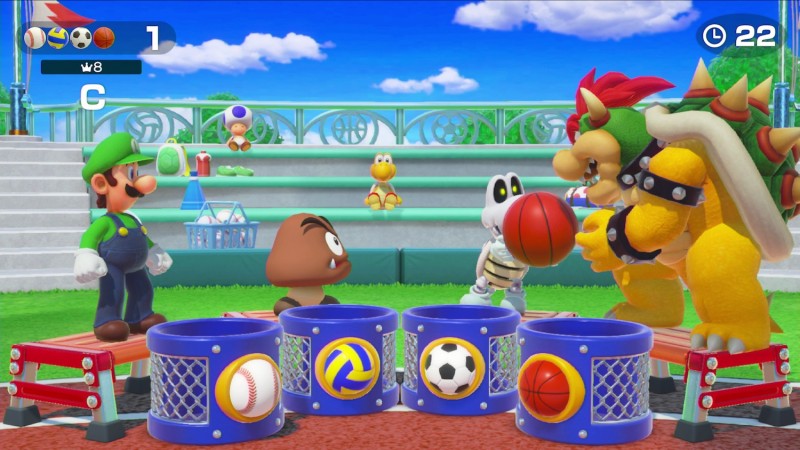 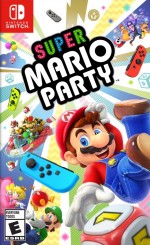