In the world of video games, "auto runner" is a four-letter word. It conjures up free-to-play mobile titles and endless runners that conveniently offer you the opportunity to keep playing when you fail for a price. In some ways, it is a simplification of the platforming genre, but games like Super Mario Run and Rayman Run have proven that plenty of fun and challenge can be found when you're not in charge of your forward momentum. 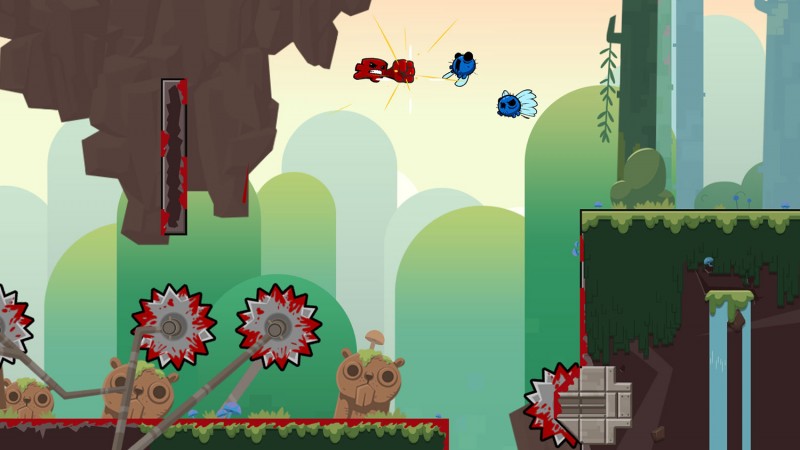 Super Meat Boy Forever is an auto runner, but nothing about it feels simplified or cheap as a result of now belonging to this new platforming sub-genre. In the original Meat Boy, you were generally leaning left or right on the control stick sprinting in one direction at full speed anyway, so now that the game is taking care of that action for you, you are free to focus on his new punching and ducking abilities. It makes everything faster, while still giving you the satisfaction of completing incredibly difficult challenges.

Talking with developer Tommy Refenes while playing through a handful of levels, he says bosses posed a particular challenge in Forever in a few ways. In the last game, bosses were basically gauntlets of avoidance. You didn’t beat the boss so much as you just didn’t get hit by it. In Forever, Meat Boy is always moving and can now punch, so Refenes wanted him to be an active participant in a boss’ destruction (by hitting them), while maintaining his momentum.

helping out a bit with animating for #SuperMeatBoyForever / @SuperMeatBoy !! Here's a part I animated pic.twitter.com/bvLJElwUZh

The boss we fought was a new take on Lil’ Slugger, now carrying two chainsaws as it climbed upward through a giant shaft. To defeat the boss I had to jump back and forth between the shaft’s walls dodging the dual chainsaws while attacking a set of glowing red lights. The safe bet was to punch the lights once and move on, getting back to safety, but you can also punch the lights multiple times if you’re fast enough. Taking down the boss took a few tries, but hitting all its weak points was a satisfying exercise in timing and speed.

One thing missing from my demo at PAX that Refenes says will be in the final game is the collection of overlapping replays showcasing all your hard work and attempts in one rewarding round-up. Refenes says in the final game, you will see a lot more than just Meat Boy in the replay as it will also account for all the assorted mobile obstacles, like missiles, that were part of each attempt.

For more on Super Meat Boy Forever, head here for 14 reasons why we're excited for the Meat Boy sequel. The game releases this year on PlayStation 4, Xbox One, PC, Switch, and mobile platforms. 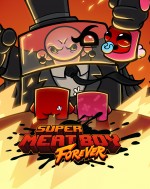