Strange Brigade, the four-player co-op shooter from Rebellion, comes out incredibly soon. The early 20th century aesthetics meet hordes of mummies in this CG launch trailer for the game, showing off all four playable characters. Get a look at the trials and tribulations of the strange brigade and their means of overcoming them below.

In addition, the trailer includes mention of a fifth playable character, the gentleman Winston Bey. Bey is available to anyone who preorders the game or buys it in the first 30 days of release.

Strange Brigade releases on August 28 on PlayStation 4, Xbox One, and PC. 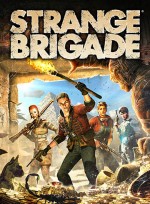