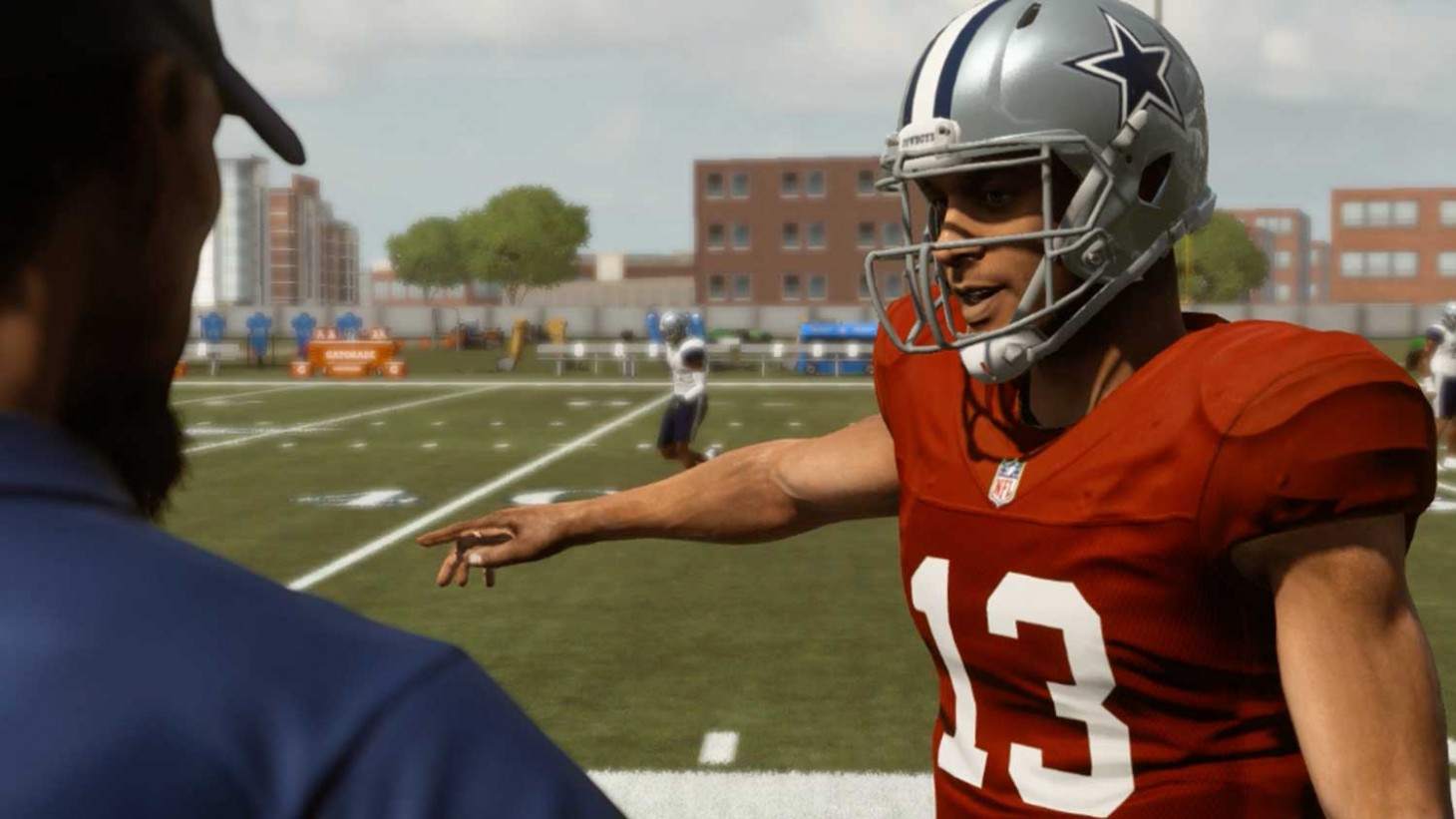 Last year's Longshot story mode was a cool addition to the Madden franchise, but while I was endeared to the game's characters and the performances by the voice actors, it wasn't as fun to play through the football moments themselves. Madden 19 is attempting to change that with more "regular" football sequences while still exploring the characters we've come to know and love as well as some new ones, like the GM played by Rob Schneider.

I played through the first hour or so of the mode, and you can see not only the game's first fifteen minutes, which sets up where Devin and Colt are now, but also where the story goes from there.

Warning: The videos and text below contain spoilers.

The story picks up more or less where we left it in the last game: Devin is trying to make his way into the NFL, with playcalling verbiage still not his strong suit, and Colt is kicking around back in Mathis, trying to draft off of whatever Longshot fame – be it from the show or the song – he can grab onto.

One of the main things I noticed while playing the mode – other than there's more regular football to be had – is that so far there aren't the choices that the first one had. This includes dialog choices. So while you're playing on the field more, there aren't as many decisions to make off of it. It'll be interesting to see if this changes as the story goes on – which looks to include as many twists and turns and colorful characters as the first Longshot. While the clip below doesn't show Colt taking the field, don't worry, not all the football is going to be played through Devin's point of view.