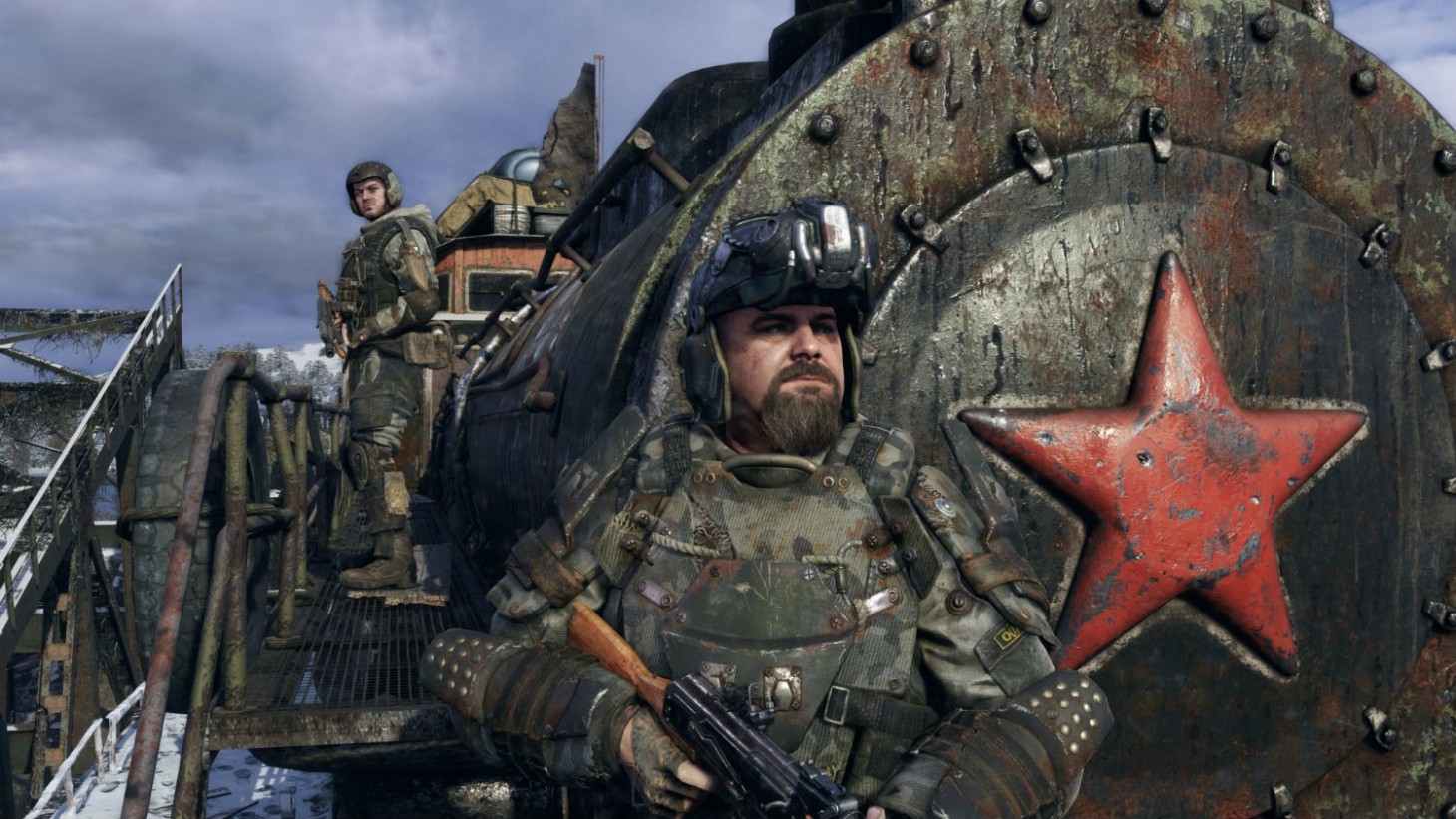 The Metro Exodus E3 2018 demo was based on the same content we saw back in February for the March cover story, giving the world its first chance to see the boundary-pushing graphics, unforgiving gameplay, and ambitious transition from the linear focused Metro underground to the harsh, more open Russian countryside that convinced us to put the game on the cover of Game Informer. Running at 4K on the Xbox One X console, the game's beauty won over many. But the demo wasn't without its share of gameplay hiccups.

The shooting felt good, and all of the game's systems were online, but we noticed a few rough spots as well. Collision issues made moving across the countryside more burdensome than it should be, framerate drops disrupted the gameplay, and the rowboat Artyom uses to explore the Volga River region outside Moscow was tough to steer. When we brought these issues up to executive producer Jon Bloch, he said the team is keenly aware of the current build's shortcomings and the team has more than enough time to hone the experience.

"We've never shown Metro on a console this early before, and we felt like it was appropriate for showing off this content on Xbox One X in 4K – it's already there," Bloch says. "Yes, we have some polish to go, and yes, there's still some performance stuff to nail, but it's already in good shape, so trust us when we say this extra time really is focused on polish. We're not still making the game at this point, we're smoothing it out."

Since the game is content complete and feature complete, the 4A Games to-do list in the lead-up to Metro Exodus' February launch includes raising all the levels up to the quality bar the team has set, smoothing out environmental collision both on foot and in vehicles, plugging narrative gaps they noticed once they strung the levels together, and fine-tuning performance.

Given 4A Game's strong track record, we're inclined to give them the benefit of the doubt that the game will be running smoothly by deadline. Metro Exodus is scheduled to launch alongside a surprisingly strong lineup (Anthem, Days Gone) on February 22 on PlayStation 4, Xbox One, and PC.