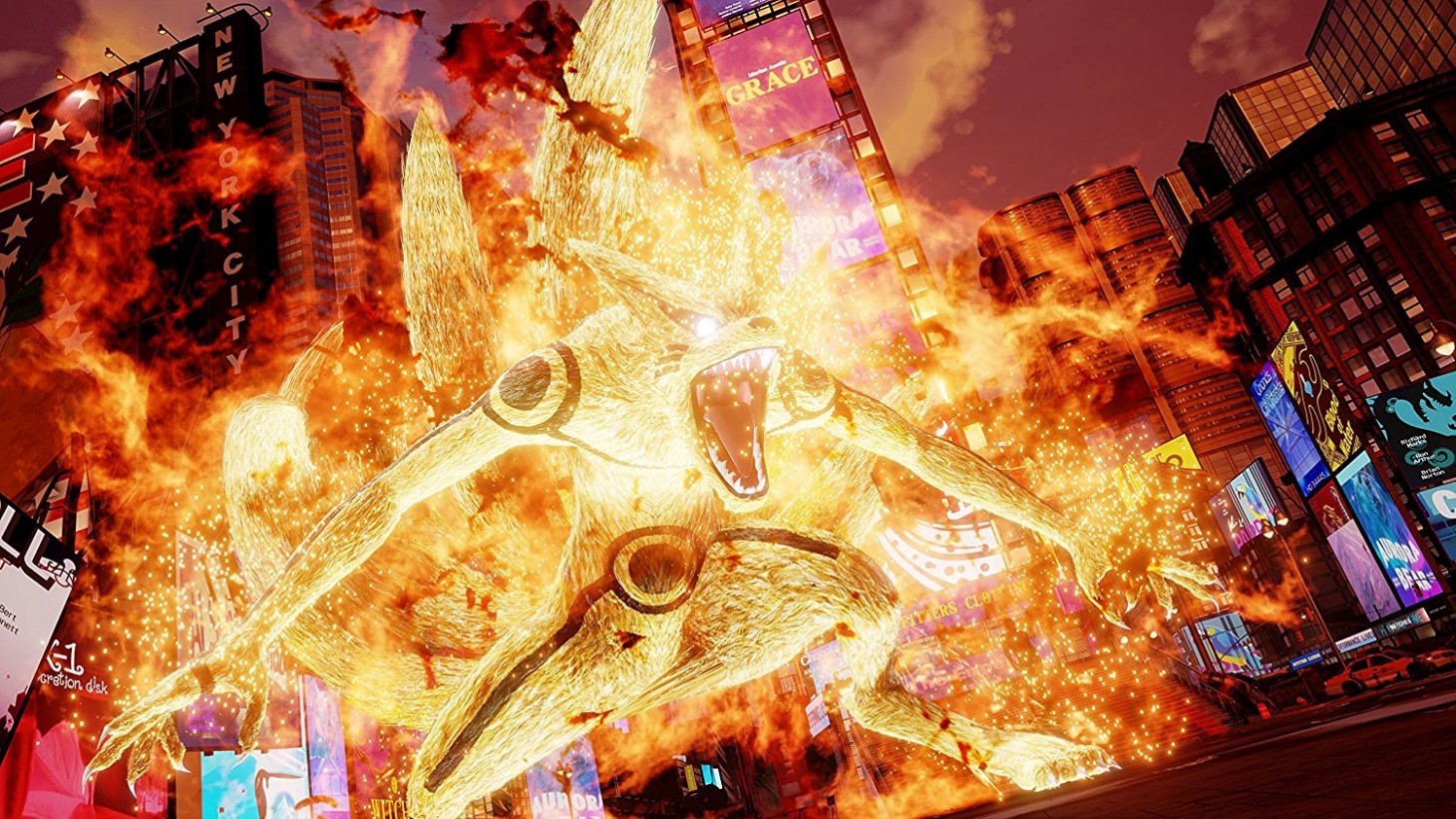 As part of Microsoft’s massive E3 conference, Phil Spencer introduced a fighting game from Bandai Namco as a way of communicating Microsoft’s commitment to Japanese games. The trailer showed Dragon Ball’s Goku and Freeza, the titular character of Naruto, and Luffy from One Piece all fighting each other in realistic modern environments. Bandai Namco introduced the world to Jump Force, a 3D fighting game celebrating manga magazine Shonen Jump’s 50th anniversary.

The story of the game is that our world – that is to say, the real world – is colliding with the world, or worlds, of various Jump series. Unlike previous Jump crossover games, Jump Force is intended to have a story mode explaining why the various heroes and villains are clashing, though Bandai Namco would not tell us the reason quite yet. They only hinted that it would involve the machinations of Light and the Shinigami Ryuk, who were seen observing the fights from the top of a building at the end of the reveal trailer. 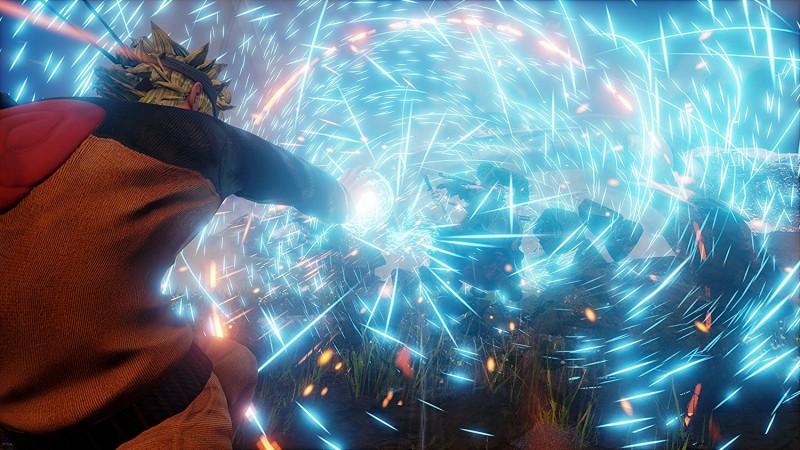 The fights take place, at least from what we were shown, in real-world locations. At E3, the only two levels shown were New York City and the Matterhorn, rendered with fairly realistic graphics. There weren’t any citizens fleeing from Naruto’s Kyuubi super or Freeza’s finger lasers, which is good, because that might have been a bit too much to take in.

The actual gameplay of Jump Force is not dissimilar to 3D fighting games already associated with the respective series. Mashing buttons will often get you exactly what you want to happen, usually a disappearing act as you dart across the arena and use your opponent as a volleyball. Holding a shoulder button and combining it with attacks gets you special moves like Goku’s Kamehameha, Luffy’s Gum Gum Pistol, or Naruto’s Rasengan. In that respect, the ease of execution is very similar to Smash Bros. more than, say, Dragon Ball Budokai or Naruto Ultimate Ninja Storm.

The combat at the moment, however, is a little slow and unvaried. Characters all move at about the same speed and seem to have a lot of the same combos, making them feel extremely similar outside of their special moves. Mobility doesn’t seem that different between One Piece’s Zorro and Dragon Ball’s Goku, giving the possibly intentional impression that the game is designed to simply be picked up and played for anyone with any favorite character.

Bandai Namco wouldn’t give up the roster for the game, but hinted that there more than a few surprise characters that fans wouldn’t think of. While fighting ability and popularity are important factors, being able to please fans of more niche series is also a major goal for the development team.

Jump Force is scheduled to release in 2019 on PlayStation 4, Xbox One, and PC.