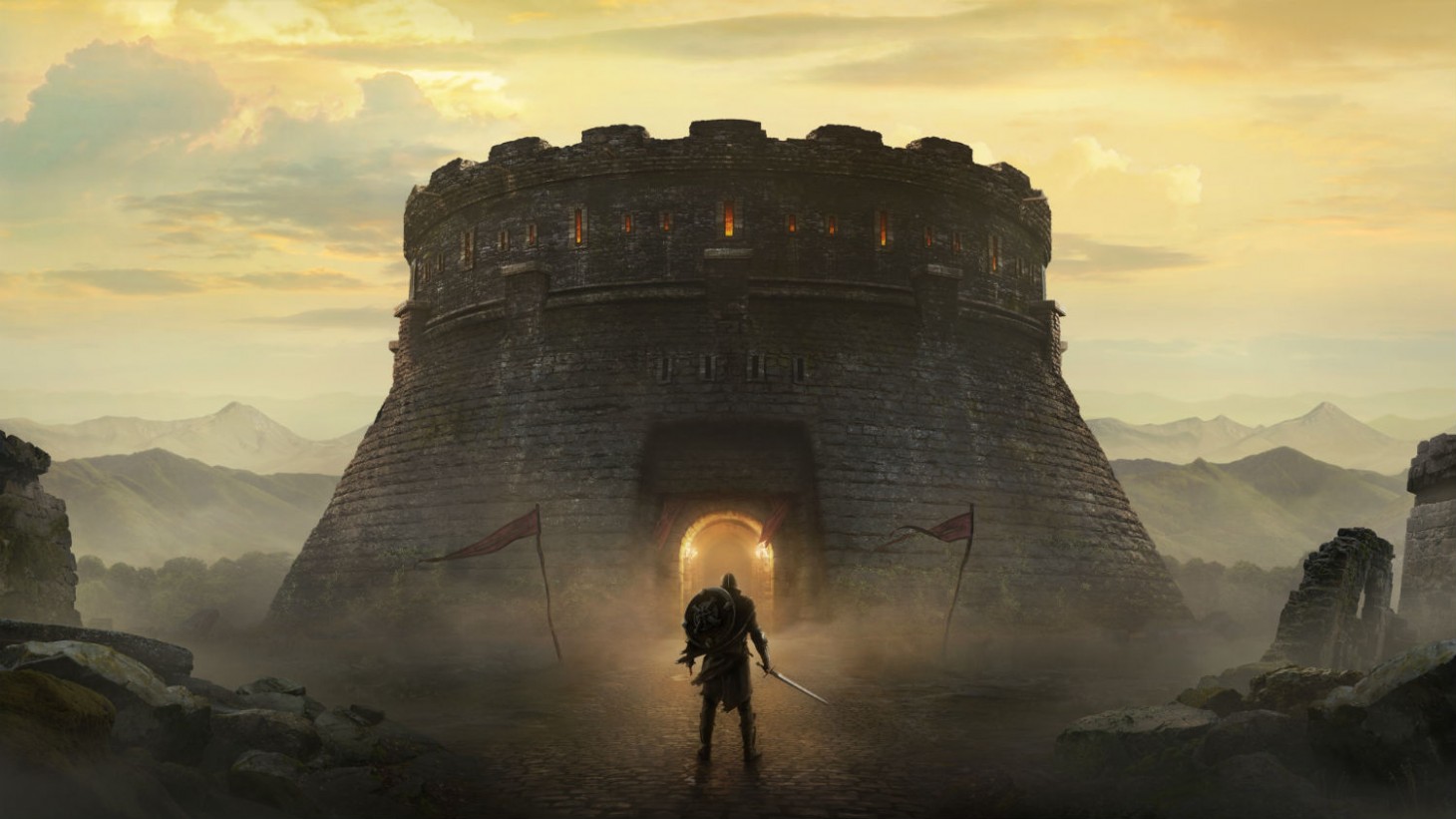 One of the best things about open-world role-playing games like the Elder Scrolls titles is they can be many things to many people. Some come for the combat mastery, or leveling characters to god status. Others are most invested in exploring vast open worlds. And then there are the weirdos who fill their house with thousands of skulls. Some of this is inevitably lost in the transition to mobile platforms, but that's not to say fans won't find something to like about Elder Scrolls: Blades.

Announced at the Bethesda Showcase earlier in the week, Blades is a gorgeous looking mobile title divided into three modes – competitive arena, a story mode about building up a town, and a dedicated dungeon crawl. I got my hands on two scenarios that gave me a good idea of what to expect from the action.

As Todd Howard explained during his presentation, the team wanted to design a system playable whether you have two free hands to play in landscape mode, or just one (which necessitates using portrait mode). Using either perspective, the touch controls are generally responsive and the control layout intuitive. I ran into some movement problems with navigating tight spaces, but the dungeon designs we played were so rudimentary you may not need to do much scavenging in the corners like you would a traditional Elder Scrolls game. There weren't many cabinets to peruse, books to read, or items to inspect. The only things I could interact with were some smashable vases (all of which looked the same) and the slow-moving enemies. Sneaking is removed from the equation as well, since the enemies don't really engage unless you willfully move their direction.

Combat is as straightforward as it needs to be considering you can play it one-handed. You press down on the touchscreen to charge up an attack, and also have hot buttons for blocking, a shield bash ability, and two spells. Spells and abilities run on cooldown timers, and aren't immediately available for use when you enter combat. For the purposes of this demo, I had a lightning attack and frost armor. The battles come down to careful timing. Parrying an attack opens up a counter opportunity, and some enemies use distance to stay out of your weapon's reach. To kill off the giant rats, you have to time our strike to the moment they moved in for an attack. The shield block and weapons aren't as responsive as you would get from a standard controller, but they're serviceable.

Loot plays a critical role in Elder Scrolls games, but I'm not a fan of how Bethesda streamlined the goodies for Blades. Instead of receiving new weapons, armor, etc. when you kill an enemy or destroy an object, you collect one of two currencies – gems and coins. I assume these feed into a robust marketplace considering this is a free-to-play game. Harvesting currency doesn't feel nearly as rewarding as unsheathing a shiny new sword.

The inventory available to players feels more in line with standard Elder Scrolls games. You can equip multiple types of weapons, chest armor, gauntlets, shields, helmets, and the like. I just hope some of the rare items can be earned outside of the marketplace.

We didn't get a chance to check out the story mode, which could help the game feel more fleshed out. Based on my short time with the game, I think Blades fits capably in the time-killing mobile game genre. You could easily pick up the game for minutes at a time to grind out some currency to spend later. But as a long-time Elder Scrolls fan, I hope they don't give short shrift on the story, dialogue, and exploration, which are the true elements that make the franchise so special.

Look for Elder Scrolls Blades on iOS and Android this fall. 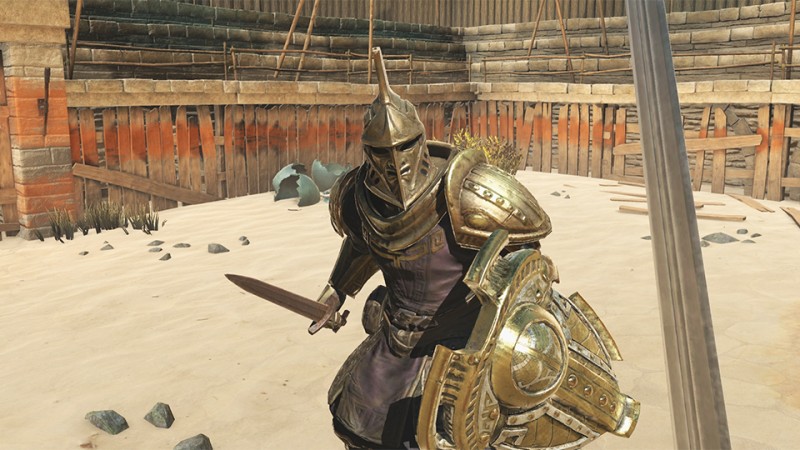 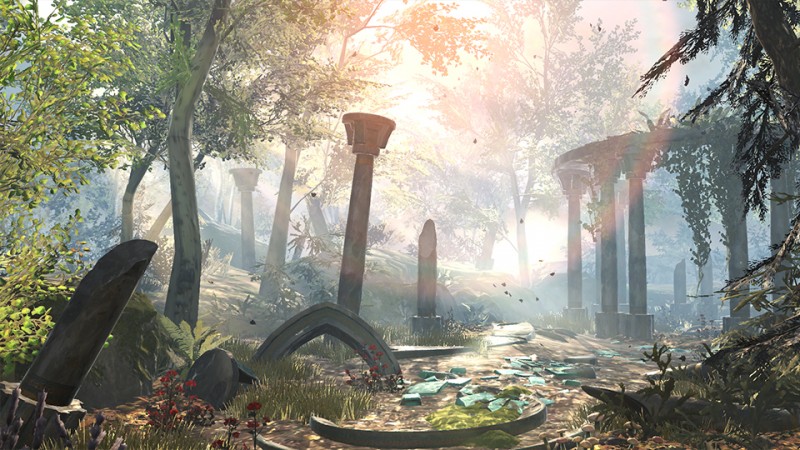 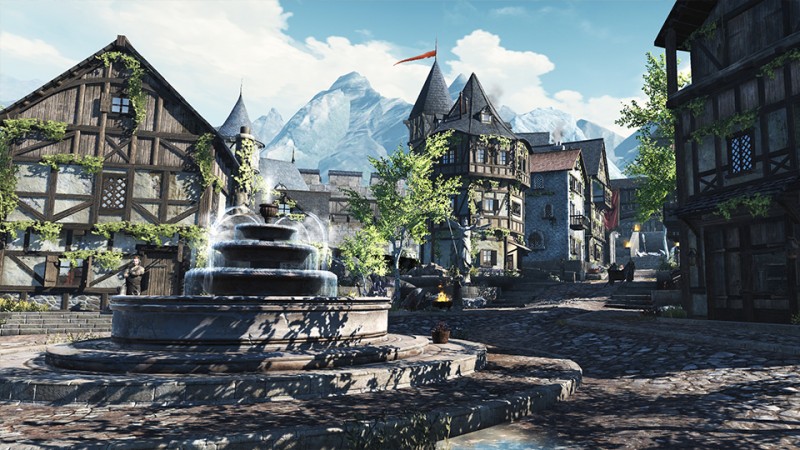 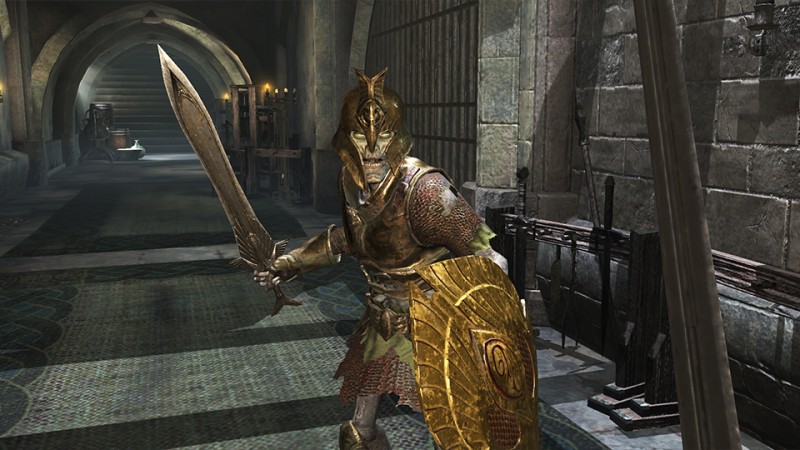 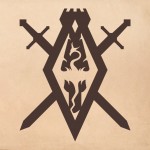