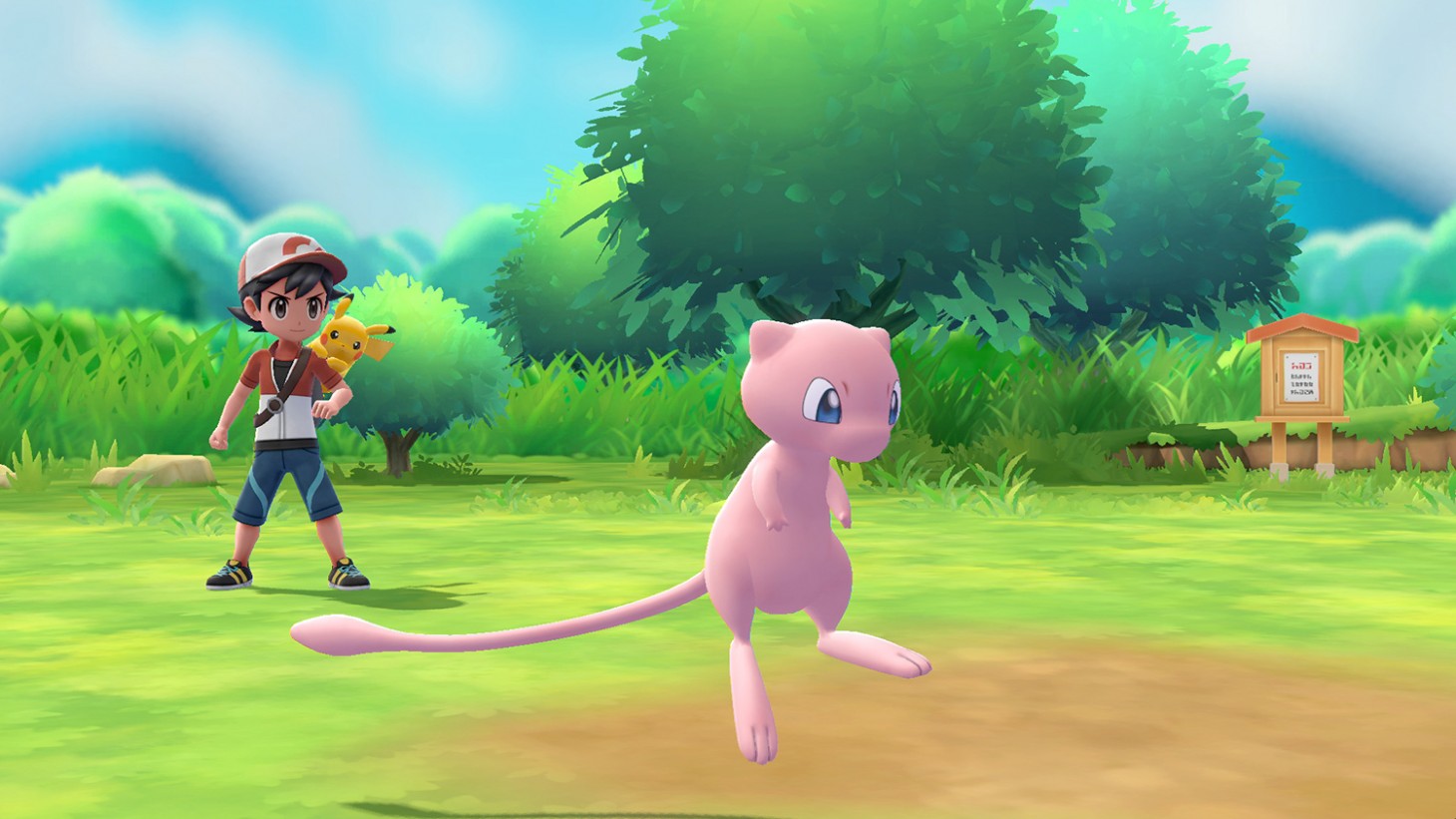 Pokémon, at least the mainline core Pokémon RPGs, don't usually have a big presence at E3. A quick hands-on isn't a great way to showcase a huge RPG, so Pokémon games are usually relegated to a trailer or an interview with a developer.

This year, however, Game Freak brought Pokémon Let's Go Pikachu to E3 and we got a chance to play it using the Poké Ball Plus. 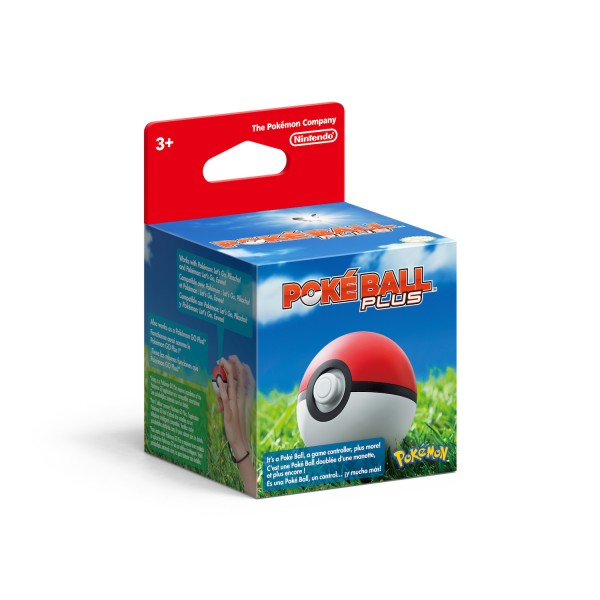 The first step to play the game involved placing the Poké Ball Plus in my hand. It's made of a sturdy soft plastic and has a strap that cannot be removed from the hardware. Attached the strap is a little plastic ring that you're supposed to put on your finger. I think the combination of the strap and the ring are in place to make absolutely sure that when you throw the Poké Ball Plus at your TV and crack the screen, The Pokémon Company cannot be held responsible in any way.

The Ball Plus has a clickable control stick that feels like your standard control stick, a little smaller than the Joy-Con's sticks. There is also a button on top that I don't I would have noticed had it not been pointed out to me. It blends in with the red plastic and is primarily used as a back or cancel button. I asked Nintendo if the Ball Plus could be used as a controller for other games (I specifically mentioned the upcoming Dark Souls), but they said they had no additional details at this time.

I started early on the game with Pikachu on my shoulder and Charmander in tow. I encountered a trainer looking for a fight and the combat played out like your typical combat scenario. My Pikachu had four moves, and I made quick work of their Caterpie. Instead of collecting currency, I collected Poké Balls and berries. Apparently, currency will be present in the final game, but for this build it was set up to only collect items.

All of the Pokémon received experience points for the fighter, even if they weren't in the battle. This experience share option can be turned off in certain situations, apparently. 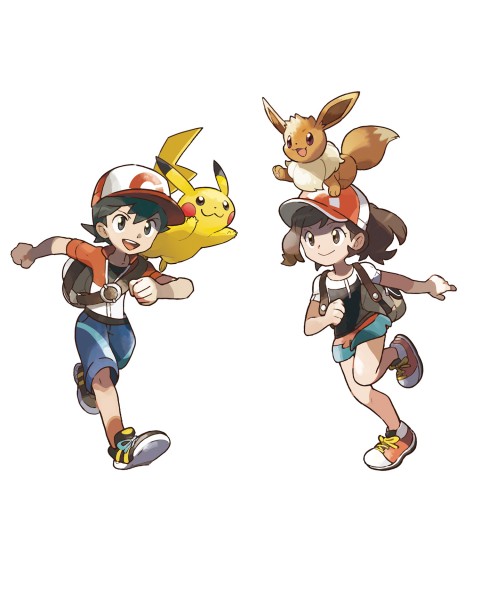 After that, it was time to catch a Pokémon. I could see all the Pokémon moving in and out of the grass, but I was still surprised by some that were small enough to blend in. Some Pokémon were surrounded by blue or red circles. The blue ones were small Pokémon, and red ones were large Pokémon. Engaging with a Pokémon does not spark a typical Pokémon fight. Instead, you are treated to a Pokémon Go-like screen where you must pantomime throwing the Poké Ball Plus at the screen to throw it. Unlike Pokémon Go, however, the circle that closes around the Pokémon that you have to aim for does not pause the moment the ball leaves your hand, so there is an extra layer of timing involved.

I tried "throwing" the Ball Plus in a few different ways, and it felt a bit erratic. The standard throw motion lead to successful captures, but throwing it to the left, for example, didn't real make it seem like it flew off to the left. I didn't get to try it, but if you're playing in handheld mode, the action changes a little bit and you have to aim for the Pokémon using the whole Switch console. Regardless of how you play, docked or in handheld, you will always be required to use motion controls to capture Pokémon, with no option to turn them off. 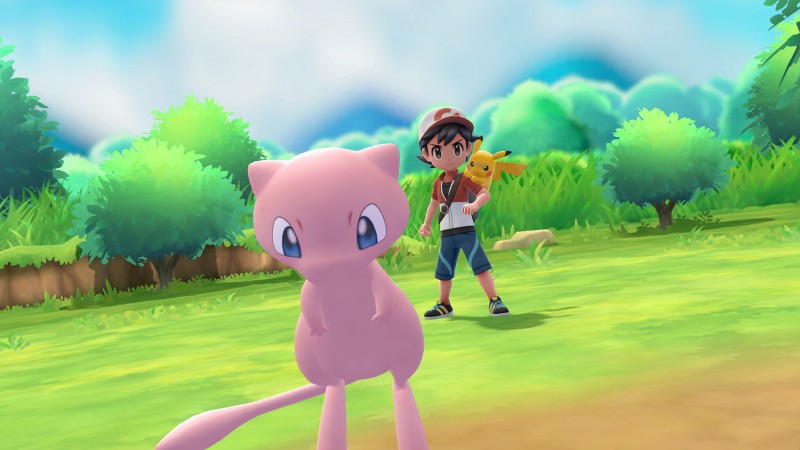 I'm turned off by the motion-control requirements of capturing Pokémon, but I was impressed by the visuals of the game (I never want random Pokémon battles again) and the combat against other trainers. It feels and looks exactly like traditional Pokémon fighting, which I was happy to see.