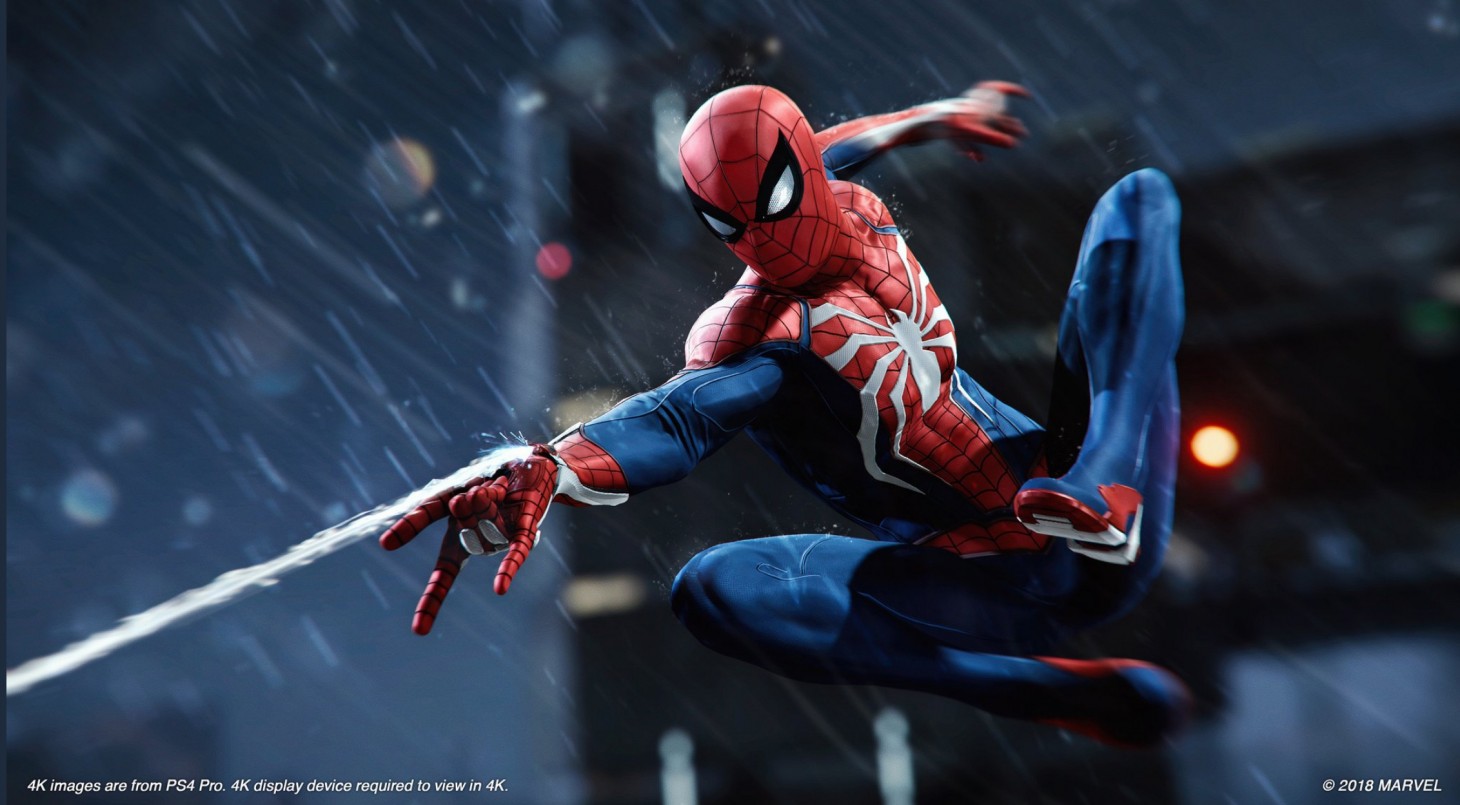 Minutes after Sony's E3 press conference concluded, I was whisked away to a room to check out a new playable demo of Insomniac Games' Spider-Man. I fully expected to play through the same sequence that was just shown at the presser, but Insomniac surprised me with a 15-minute slice of web-swinging goodness that begins with open-world exploration and concludes with our first look at a boss fight.

In Game Informer's May cover story, I talked briefly about Spider-Man interrupting a bank robbery being conducted by Shocker. Spidey exchanged pleasantries with him, but the screen faded to black before I could see what happened next.

Guess what? Their banter ends in an epic fight that destroys most of the bank. I bet you didn't see that coming. In this new demo, which is an updated version of open-world section I saw during my cover trip, I played through this conflict and found it to be good fun in a highly repeatable way. The battle becomes harder as it goes, and Shocker's attacks change a bit, but it turns out he doesn't have many tricks up his sleeves, and the main strategy is to dodge his energy blasts. This action takes some skill, and requires the player to tap the circle button at the precise moment to dodge the powerful energy beam that Herman propels out of his vibro-shock gloves. After a few jolts tear apart the bank, Shocker tires himself out, creating a short window for Spider-Man to land a few punches, and then attach a couple of web lines to a large chunk of debris, which is then hurled at great speeds at him.

It turns out Herman doesn't like getting hit in the head by concrete, and grows more irritated as the fight progresses. His anger leads to a second attack: an AOE shockwave that ripples toward Spidey. After unleashing a couple of these attacks, Shocker again takes a breather, which again ends with a rock hitting him in the head.

Shocker's speed picks up in the final part of the battle. To quell his rage, Spidey must perform a little destruction of his own on the bank. With no debris left to throw, Spider-Man frees the remaining pieces of pillars from the ceiling to smash into Shocker. This action is a little tougher, and requires the player to jam on the Square button to free the projectile in time. There's some excitement here. If you are too slow, Shocker has a clean shot at you, as you're left entirely vulnerable with two webs stuck to the pillar.

The fight concludes with a cool cinematic sequence with Spidey twirling through the air and Shocker, well, you'll have to play the game to find out.

I chose to talk about the final part of the demo first for a reason. Since I already played the open-world section for the cover story, I decided to use my time in the city in a different way. I began by trying to look inside as many buildings as possible. I was surprised to see most of the ground-level buildings feature nicely detailed interiors. Some of them have blurry glass that obscures the objects inside, but you can still see stuff is there. Most of the windows, however, are crystal clear, giving the player the opportunity to stop to view shops filled with goods, restaurants with tables, and more. One window I looked through held a shelf with three action figures on it. Two of these figures were of Spider-Man, one in the classic suit, and the other in what appeared to be the black suit (go ahead and freak out). The third figure was someone in a suit that appeared to have blue skin.

I also did a little people watching. Some city sidewalks were crowded with dozens of city walkers. The density in these sections is impressive. In an area like this, if Spider-Man does anything aggressive, like spin a manhole cover over his head, most of the people hit the ground out of fear. It's a hilarious thing to see. Since I enjoyed watching them fall to the ground so much, I moved a block over and did the same thing, but this time with a trash can. To my surprise, when I flung it forward, it knocked a man down. At first I thought Insomniac changed its stance on Spider-Man not being able to harm civilians, but then he pulled a gun on me. It turns out he was a mugger that I uncovered just by messing around.

Other pedestrians blocks down were going about their lives. One woman was at an ATM withdrawing money. Two men were standing next to a fruit cart filled with oranges, apples, pineapples, and more. A good number of people were carrying coffees, purses, or briefcases. It's fun to just sit back to see what these people will do.

My next city activity was learning the basics of wall crawling. I know a lot of you wanted to know if Spidey can slowly crawl along walls, and he totally can. All you have to do is jump into the wall and he attaches to it. Moving the analog stick makes him crawl, and pressing R2 will make him take off in a sprint. He will also attach to a wall if you web swing directly into it. After a brief moment of impact, he latches on in that pose you know oh so well.

The last thing I did was scale the Empire State Building all the way to the top. From this vantage point, I saw The Raft supermax prison on the east river. In the same snapshot sat Avengers Tower – which is just a couple of blocks off of the river.

Since this demo doesn't have all of the content or missions we'll be able to unearth, the Empire State Building could be some kind of destination. At the very outset of my play time, one of the tutorials has Spider-Man ascend to the top of a tower. From this vantage point, the player is asked to press a button to scan the surroundings. Much like Assassin's Creed, the camera spins around Spidey, highlighting all of the nearby activities along the way. It's a nice little way of showing what is around you, but I don't know if you have to do this to make them appear, or if Spider-Man can just stumble upon them on his own. I'm guessing it's the latter, but we'll have to wait until the game ships on September 7 to find out the answers to all of our little questions.

I had a blast returning to this game world, and found web swinging to be every bit as satisfying as before. Even with the release date just a couple of months away, Insomniac is keeping much of the game under lock and key. What could they be hiding? I can't wait to find out. 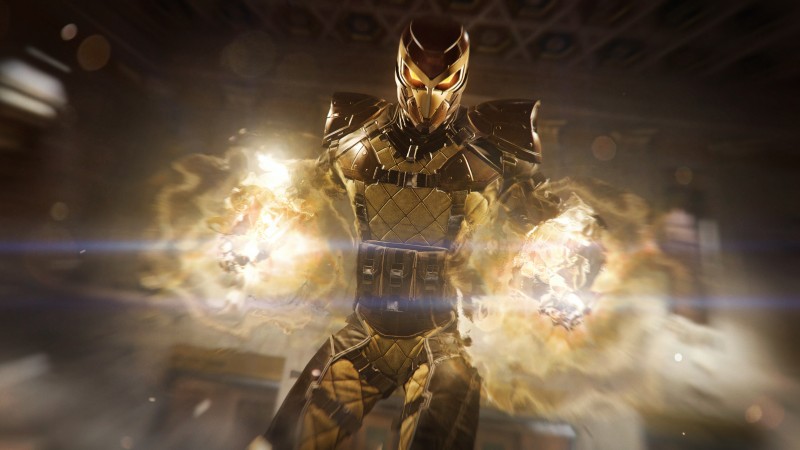 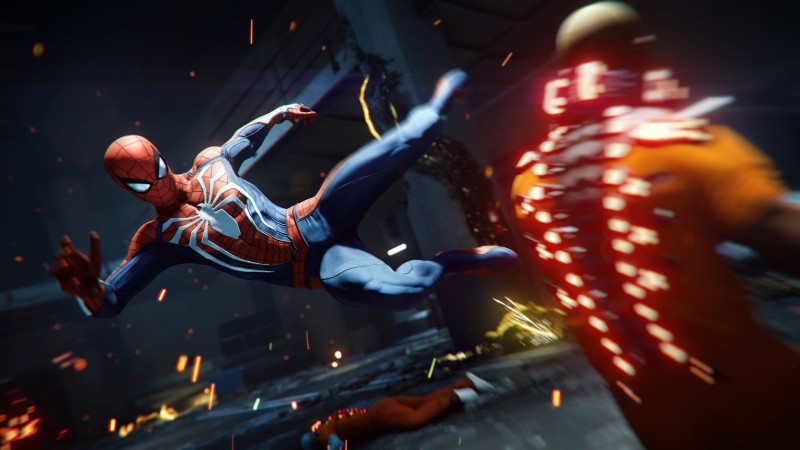 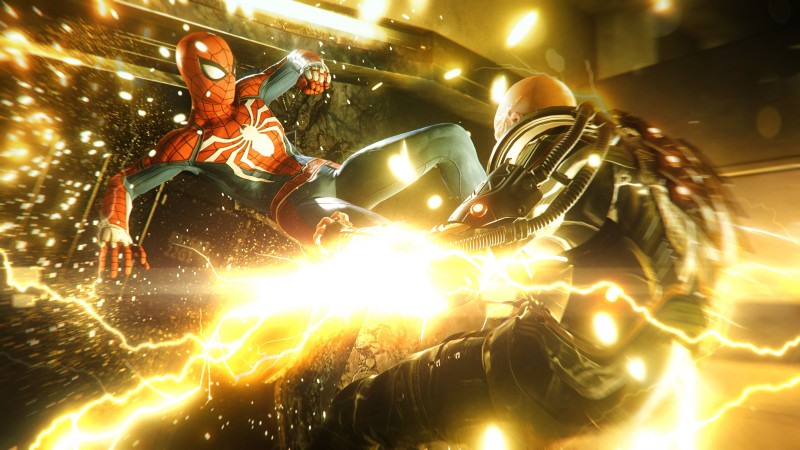 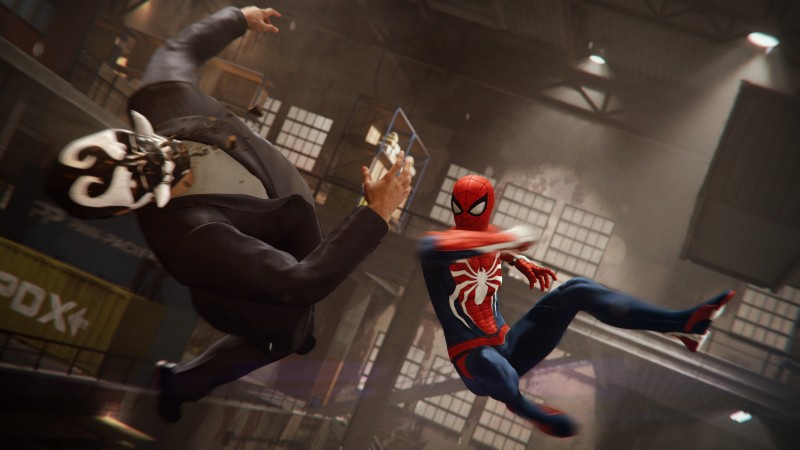 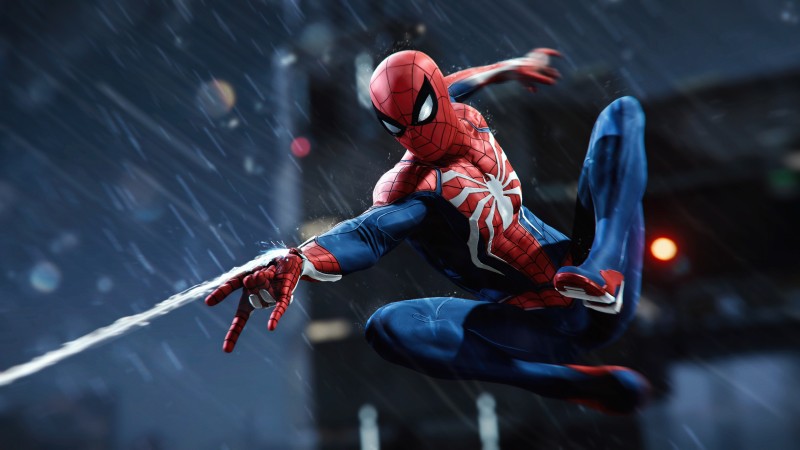 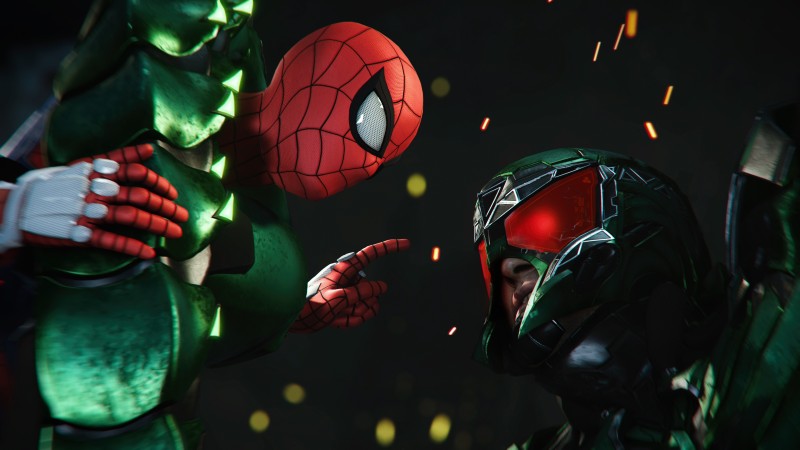