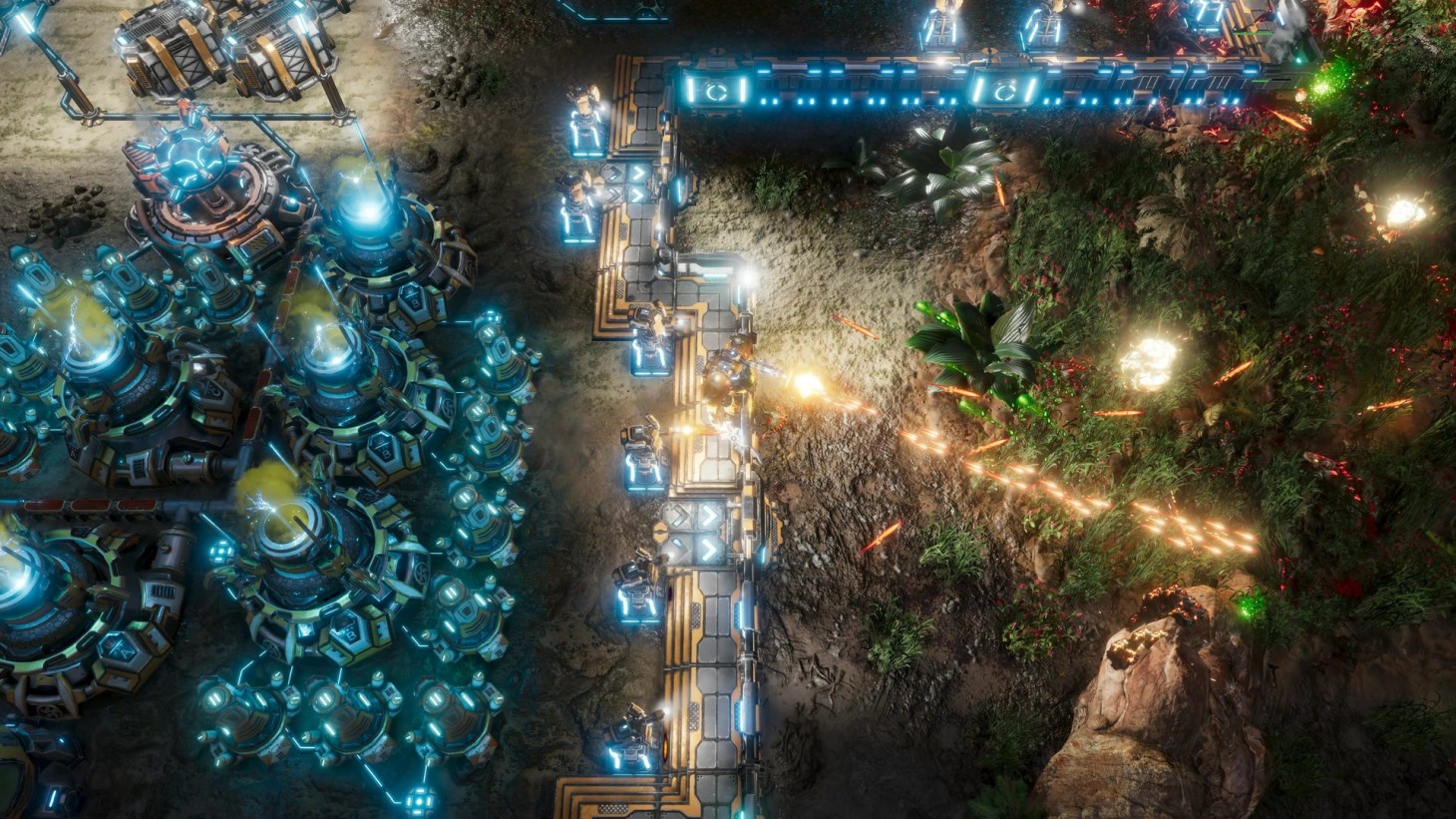 It's fairly common while roaming the hallways of PAX to witness all manner of genre mashups, but Exor Studios' The Riftbreaker impressively stacks a huge number of game types under one sleek roof. It's part real-time-strategy base building, part survival, part tower defense, and somehow, part action RPG. As a badass in a mech suit, you leave your base to take on hordes of enemies to gather resources and loot, which you feed back into your base to unlock new research options and more powerful static defenses.

Deciding whether you need to be back home helping defend from behind walls or roaming the world in search of rare monsters and upgrades is something that needs to be balanced, or you'll watch your base burn and lose the game. Combat is fast and fluid as you rip through swarms with continually upgraded and customized gear. 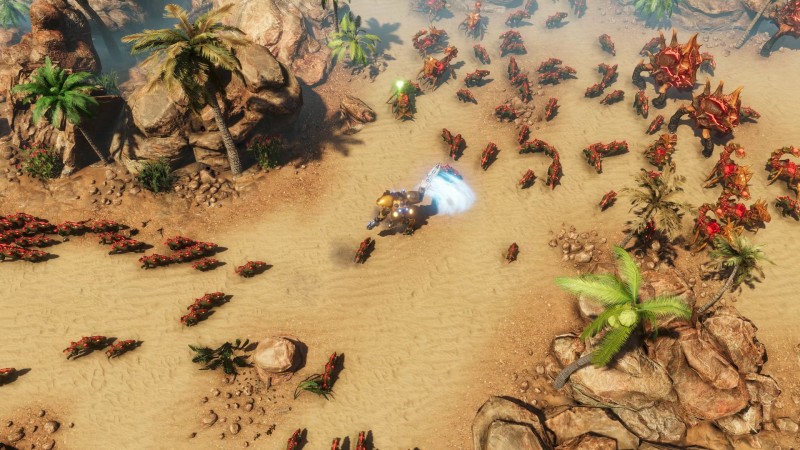 The end goal is to survive long enough to research and construct a transporter back to Earth - but that's no easy task. Integrated streaming features allow viewers to help players by providing them extra resources - or sending dire environmental disasters or enemy waves. 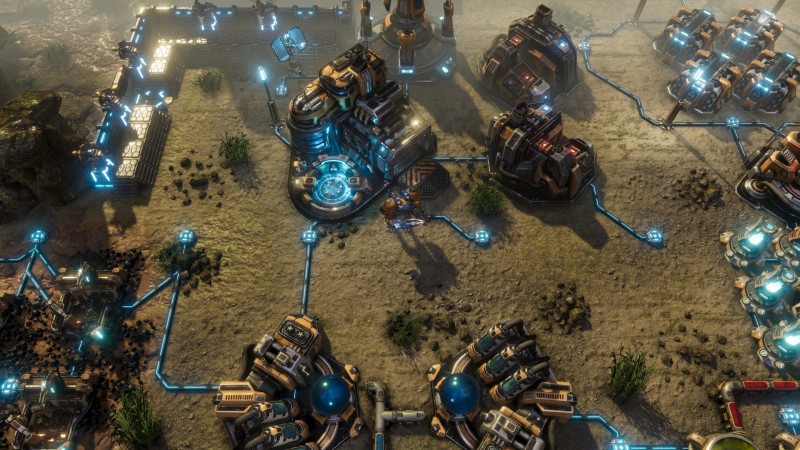 Exor Studios is planning to release The Riftbreaker on Steam, Xbox One, and PS4 in 2020.