The Best Indie Games We Played At PAX West 2018

PAX West has been going strong for 15 years and the show has become a pillar for the independent developer community as a place to show off the latest and greatest indie games. Titles are spread out across the show floor nestled inside booths for platform holders, given front-and-center placement with independent publishers, creating long lines at the Indie Megabooth, and some of the most interesting games are just a laptop connected to a TV on lone tables on the side.

While Game Informer was at PAX West, we got a chance to look at some of the best and brightest independent games brought to the show.

Due Process is a tactical first-person shooter that gives players all the tools they need to plan a perfect five versus five match. The levels are procedurally-generated and before the match you get to look at the map, prepare your weapons, and even drawn out tactical plans that actually appear on-screen while you're walking around. In our demo, the devs drew arrows and lines on the map directing us to the locations we needed to protect. And don't worry – there were plenty of inappropriate drawings all over the ground, too.

The art style looks a little bit like Metal Gear Solid 1, playing off the nostalgia of the PlayStation 1 era, but plays with the speed of a modern shooter. Publisher, Annapurna, has so far focused its efforts on more artistic games telling emotional stories with interesting art, so it's cool to see it put its weight behind something a little more focused on mechanics and multiplayer. – Kyle Hilliard

Gato Roboto (which roughly translates to Cat Robot, I believe) is the story of a cat who wants to help its space-exploring owner after crashing into an alien planet. The game's publisher, Devolver, describes the game as a 'CatMechtroidvania' and as dumb as the portmanteau is, I can't help but agree with the made-up word, especially after playing the game. It is heavily inspired by Metroid in its world design, mechanics, and soundtrack, which is surprisingly creepy considering the cute premise of a cat in a mech suit. In my short playtime I unlocked new abilities to open up new areas, fought a boss, and solved something closer to a puzzle by leaving the mech suit to explore small openings as the cat. The cat is much more versatile when it comes to platforming, being able to climb walls with ease, but it is also far more vulnerable and can be killed in a single hit. – Kyle Hilliard

Gris is Spanish for grey which ties into the goal of this beautiful platformer from developer Nomada Studio. As Gris, the game's protagonist, you are spreading color into a bland world. The demo opens with Gris singing mournfully in the palm of a giant dilapidated humanoid statue before venturing out into the strange abstract world. As she moves through the world she collects fireflies which create new platforms to jump on, and intermittent groups of red butterflies signal the opportunity to do a massive leap high into the air. There are no enemies, but I do encounter an inky black crow that chases me as it morphs in and out of existence. I also unlocked an ability that turns my dress into a giant block which can be used as a downward slam, or to help me stay put when the crow screams at me. After moving past the crow, I explore underwater areas where Gris swims at high speeds and is even able to leap out of the water with enough momentum.

The game is beautiful, especially in motion, and even in my short demo on the PAX floor, it made me feel mournful about Gris' journey at times, and hopeful at others. I can't wait to experience her full adventure in December. – Kyle Hilliard 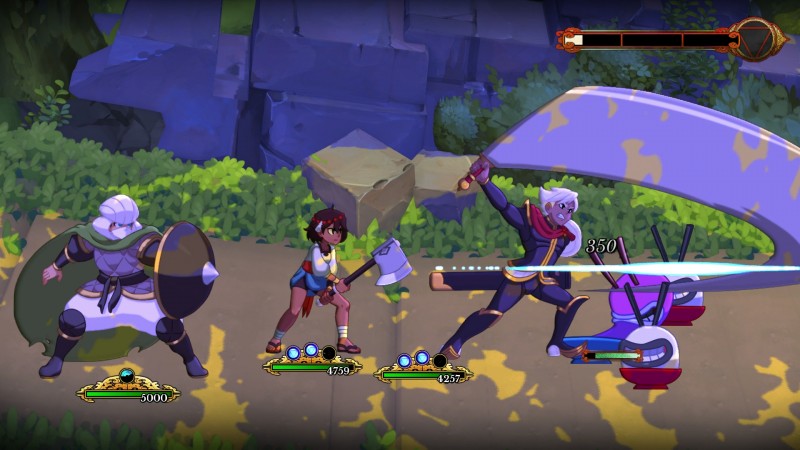 Indivisible has been in development and in playable demo form for years, but we still get excited whenever we get a chance to play it. Developed by Lab Zero Games, known predominantly for the fighting game Skullgirls, Indivisible in an RPG, but also features solid platforming and a combat pace that almost makes it feel like an action game. The demo at PAX West featured a huge cast of party members gathered in rapid succession. It's likely the final game will place much more space between acquiring new party members, but by the end of the demo I had met seven characters to potentially use in my four-party team. As you place the party members in your party, they are assigned a face button, and then, instead of selecting an attack from a menu, you press the corresponding face button to attack. Holding different directions on the control stick while you press the face buttons will produce different attacks. You're still waiting your turn to attack, but it makes combat move quickly.

The most standout element of the game is its animation. Every character moves with a fluidity and individual personality that makes them fun to watch. One of my favorite animations involved protagonist Ajna climbing walls by using a battle axe in the same way Lara Croft uses her pry axe. – Kyle Hilliard

Ooblets is a game we've been excited about for some time. It takes inspiration from titles like Animal Crossing, Pokémon, and Harvest Moon by tasking with you with making friends and meeting people in a new town, managing a farm, filling an expandable home with furniture, and collecting cute little creatures. The biggest update, which we got to try out at PAX is the new combat system. Previously, much like Pokémon, you would battle your creatures against other creatures. Developer Glumberland has changed that though, so now instead of battling in the traditional sense, you now perform dance battles. Functionally, it works the same. You each take turns selecting moves and you can embarrass the other creature into defeat with your dancing abilities. It's adorable and fits the tone of the universe established by the game much better. – Kyle Hilliard 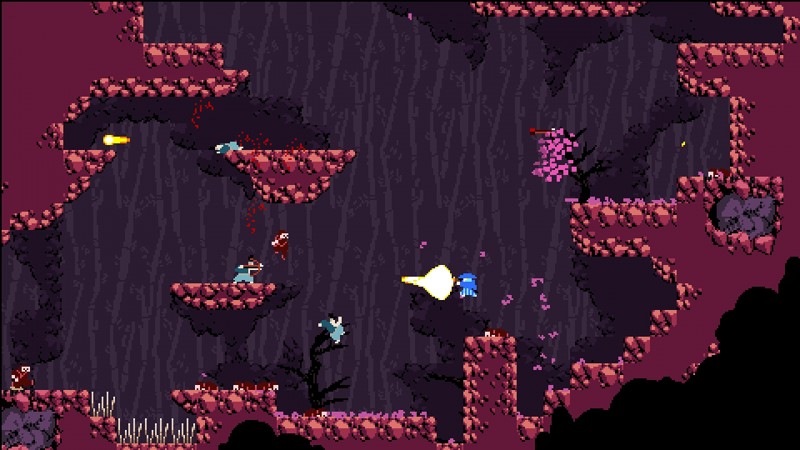 Samurai Gunn 2 is the sequel to the PC-only samurai party fighting game of the same name and recently saw its world debut during Nintendo’s Indie Direct. The original game pit 2-4 pixel art samurai in a fairly large arena armed with swords and pistols, with death coming from one hit of either weapon. Samurai Gunn 2 works largely the same way, which is to say remarkably tense and frantic, but adds new functions to vastly change the way the game is played.

Players are given three bullets per life, like the previous game, and then have to rely completely on their swords. In the original Samurai Gunn, bullets could be swatted away, meaning there was no good reason to use pistols up close. To rectify this, developer Teknopants introduced the concept of dashing, which uses one of the three bullets. Dashing goes through sword strikes, can employ its own sword strike, and can backdash away from the opponent, effectively turning clashes into games of rock-paper-scissors. Samurai Gunn 2’s multiplayer seems to hew fairly close to its predecessor, but the changes only improve the game’s best qualities. – Imran Khan 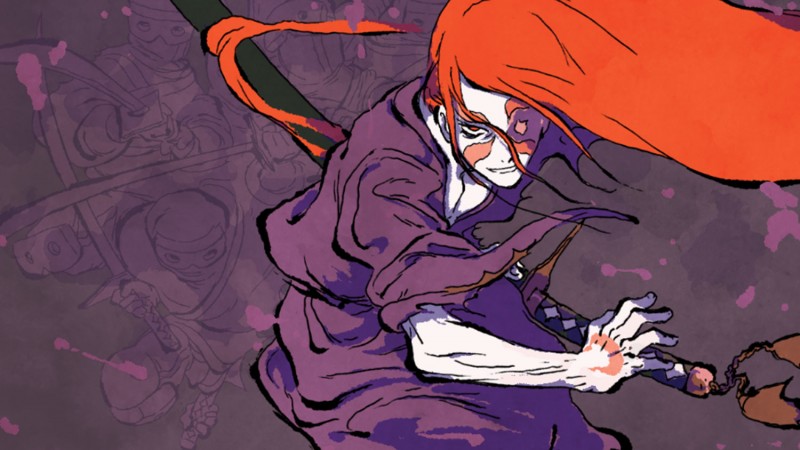 Samurai Gunn 2 will also include a full single-player campaign! With levels and everything! I played a few of those levels, which use the same mechanics as those outlined above, but added a collection of enemies and a boss fight. The levels were quick and challenging and knocking out the enemies with fast sword slashes was satisfying. The boss character was about the same size as the other enemies, but attacked the ground to create spiked insta-death pits for extra challenge. I enjoyed my time with the campaign, and was also impressed by the comic book that is being produced alongside the game. The image above offers a good idea of what that comic book will look like. – Kyle Hilliard

Untitled Goose Game has been stealing the show this year with players lining up for hours to try and make sense of the quirky House House title about, well, simply existing as an ornery goose. The Switch version of the game made its first appearance this year at PAX, but contained the same mission as the GDC build from earlier in 2018. In this level, the goose is given a series of tasks on a sheet of notebook paper that all involve, in some way or another, inconveniencing a gardener.

The goose may have her own reasons for, say, taking the gardener’s keys and hiding them in the pond, but the gardener only perceives the bird as a bother and stomps into the pond to get the keys out. While he’s preoccupied with fishing his keys out of the pond, you could prepare some of your other objectives, like setting up the sprinkler to go off when he’s doing his gardening. Or you can do as I did and ignore the mission objectives altogether and just dump all the gardener’s tools, clothes, and radio into the pond, the last of which playing muffled and distorted music as it slips below the water’s pale blue surface. While the sprinklers are the only way to really achieve your objective of getting the gardener wet, I took a sly satisfaction in forcing to him to repeatedly trudge back into the pond for his keys, or his watering can, or his once-working radio. This may not be the intended way to play Untitled Goose Game, but it was certainly fun, which shines through regardless of whatever nonsense you are getting up to otherwise. – Imran Khan 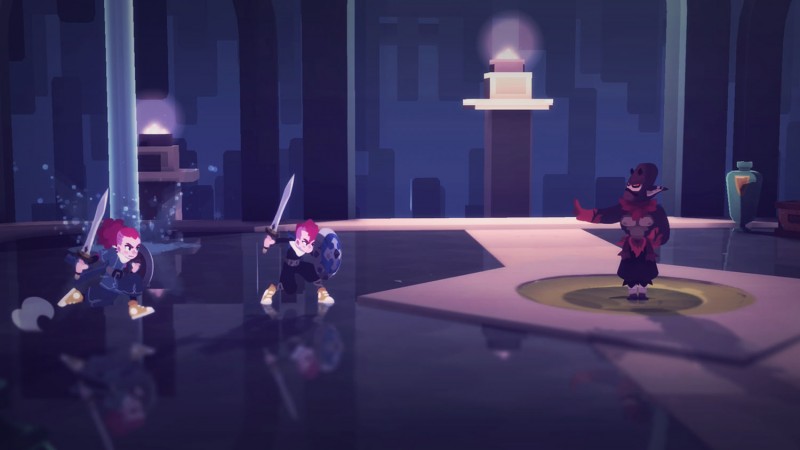 Young Souls follows a pair of siblings fighting a secret underworld threat with classic arcade-style beat-em-up mechanics and a fantastic style of animation. The game can be played alone, with one player switching between the two characters, but it also offers cooperative, two-player, drop-in, drop-out multiplayer. My session involved gearing up before heading into a series of battles. I chose between one-handed swords with shields or powerful, but slow two-handed swords and myriad different armors, helmets, and shoes. Each item has a weight associated with it which has the potential to slow you down in combat. I went with a lighter build as the sister and went room to room with my brother (A.K.A. one of the game's developers) and beat up underground goblins with our weapons.

The Arcade Crew focused on the combat for my demo, but says the game is very narrative-focused. The game is being written by one of the narrative leads who is working on the upcoming Twin Mirror from Dontnod, the studio behind the original Life is Strange. – Kyle Hilliard 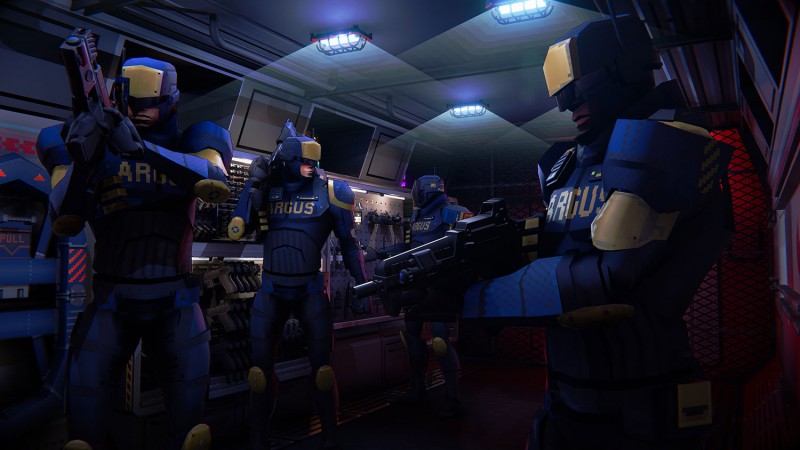 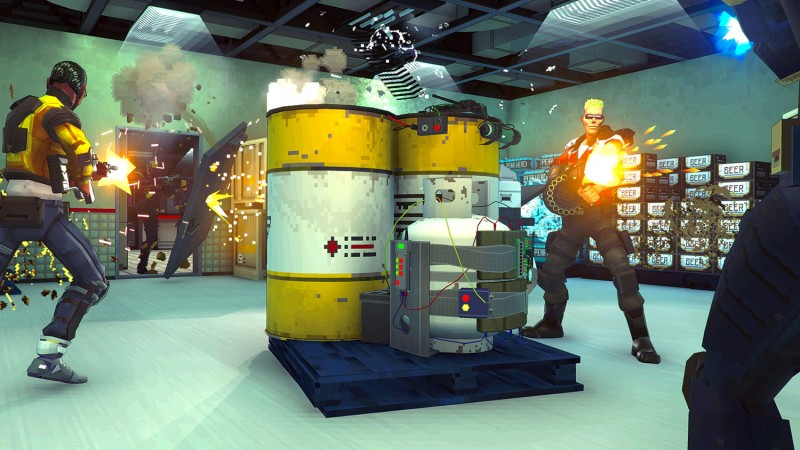 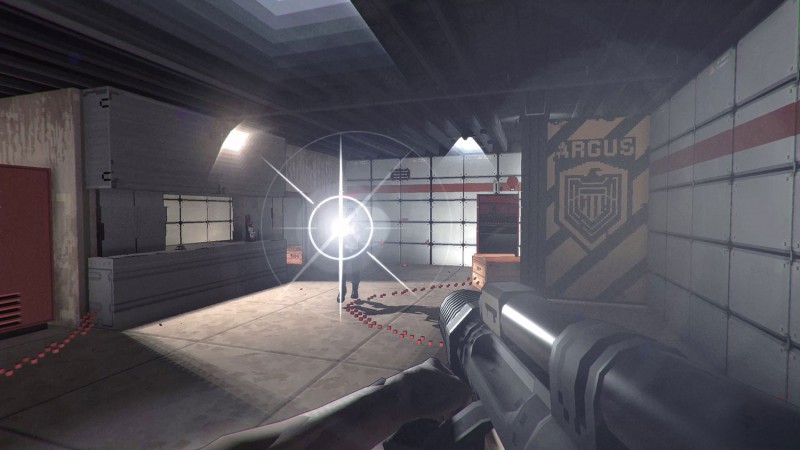 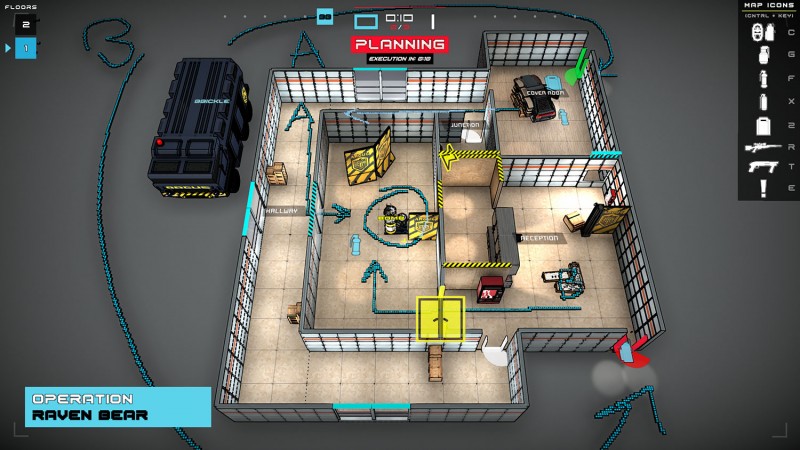 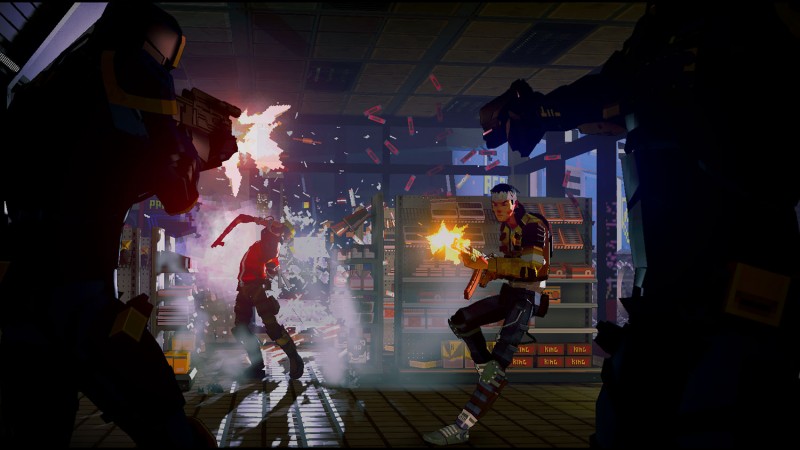 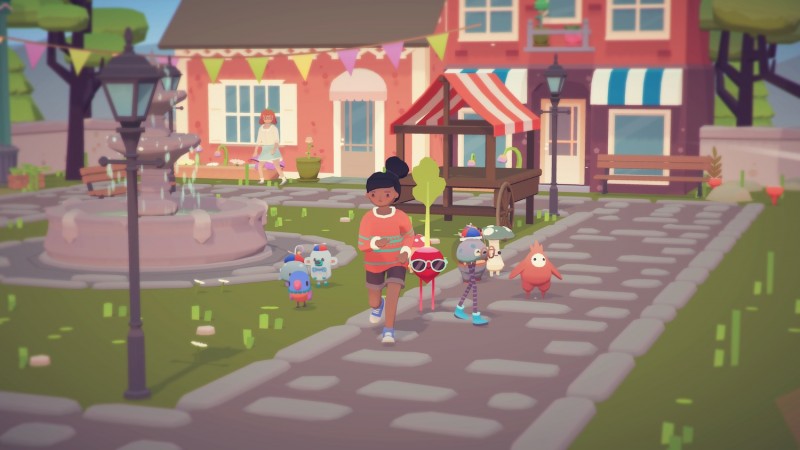 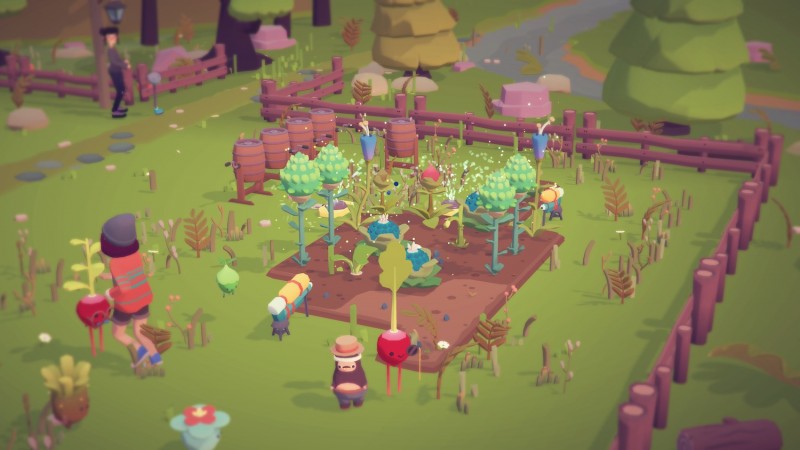 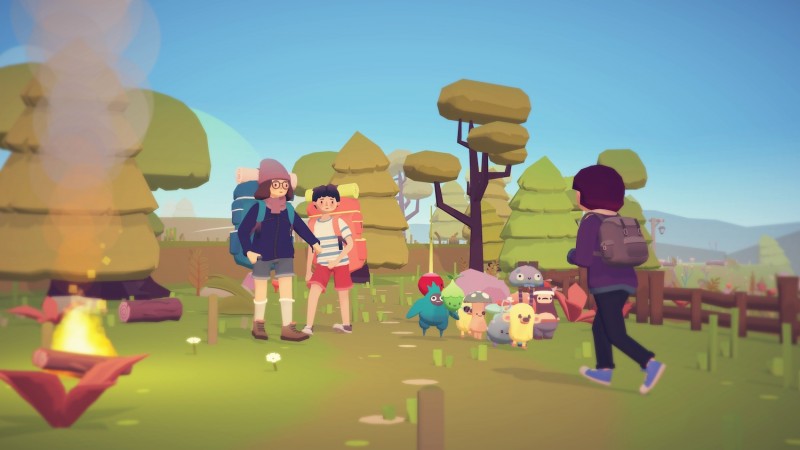 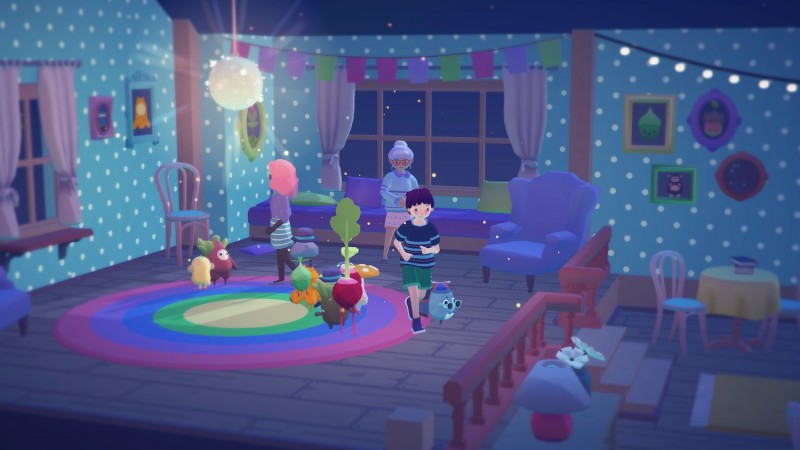 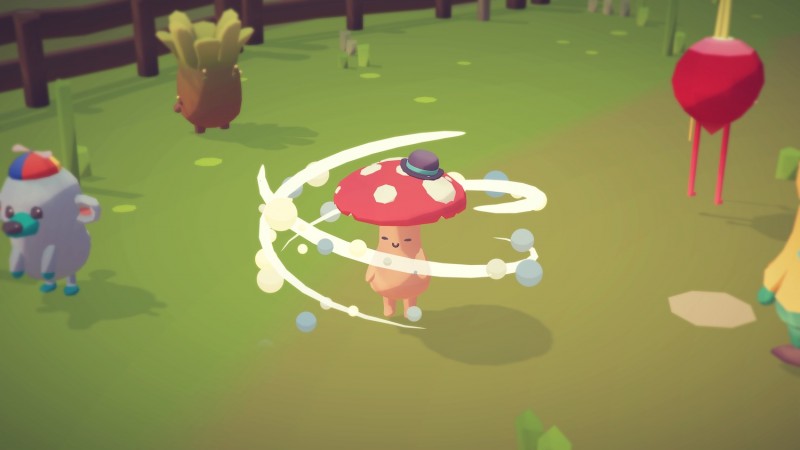