During PAX West 2018, we got a chance to play Trover Saves the Universe from Squanch Games. Squanch was founded by Justin Roiland, the co-creator Rick and Morty, and Tanya Watson, who has a history with Epic and worked on games like Gears of War, Bulletstorm, and Fortnite. After playing the PAX demo of Trover Saves the Universe (which you can find coverage for here) we spoke with Roiland and Watson about the game, and more specifically, the topic of comedy in video games and why it is so hard to make funny video games. 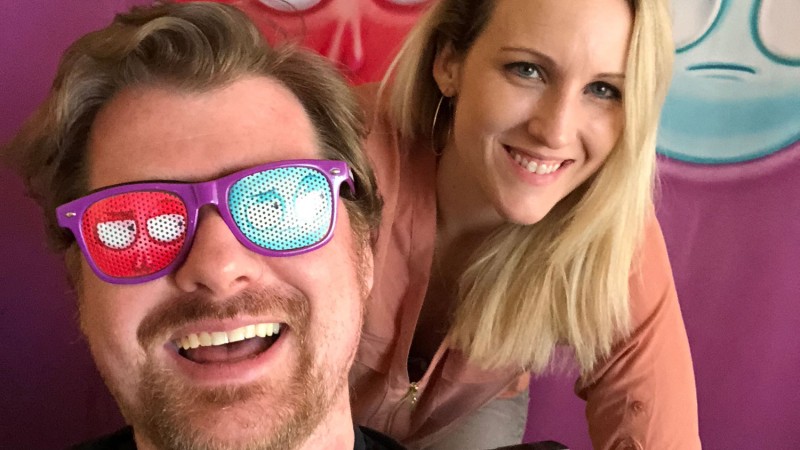 Game Informer: What is the funniest video game?

Roiland: There are so many.

You have to pick one. And there is a right answer.

Watson: Ooh! I have one.

Roiland: The funniest video game I have played where I was actually laughing out loud…

This is probably the wrong answer, because clearly you have something in your mind, but the one game I remember literally laughing out loud playing, just hysterically laughing at the absolutely dumb absurdity of it was Octotdad.

I just remember it being f***ing absurdly ridiculous in the best ways. Like, okay, there is a family of normal rendered human people, and then a f***ing octopus clumsily pretending to fit in and they somehow don’t get it? And then the tutorial is, “Can you get the kids a glass of water?” and you’re like f***ing knocking shit over. I was laughing out loud playing that game and thinking, “This is so f***ing amazing.” Honestly, that game is a gem. They should win every award there is. I really feel that.

Watson: I don’t think people talk enough about how funny that game is.

It’s not like Octodad, tears down your face, but it’s a lot of, “Damn – that was a good joke.” 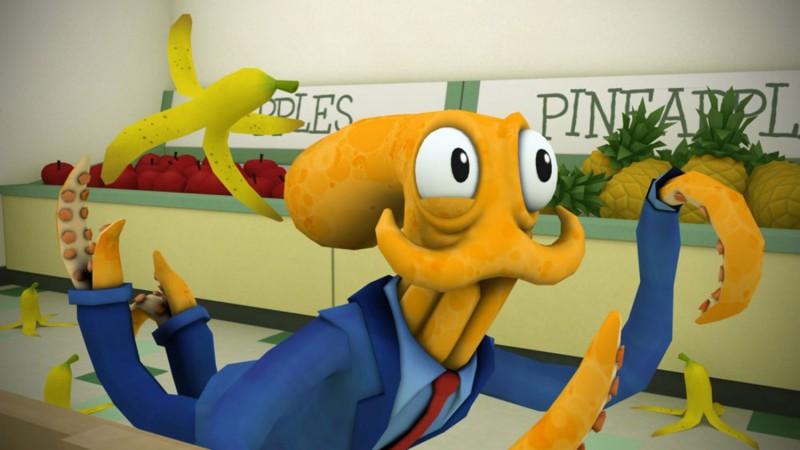 Why are funny video games so hard?

Watson: In production land, it’s really hard to spend a lot of time iterating on things because it gets very expensive very fast. There are two answers to this: One is iterating a lot is expensive and when we’re developing games, comedy is hard to get to because it takes a lot of iteration. If you have to do it a lot over and over again, it’s hard to get there because it costs so much time, it costs so much money, and I feel like even if you are trying to make a comedy game you just can’t quite get there.

It’s hard to nail the joke on the first pass.

Watson: Yes. You have to keep trying and there are so many variables like the actors, the writing, the timing, and then the execution itself. And then the other thing, too, is in games, we don’t have comedians writing video games really.

Roiland: There are not a lot. It is usually more emotional, “I have to tell this arty story,” – and by the way, I f***ing love those games, I am not s***ting on them. It’s just that those types of artists are more inclined to make games.

Watson: You also have your comedian friends who are doing voices and your writer friends – people who are in comedy working on this game. There are not a lot of halfways for that.

Roiland: I wouldn’t even be in the game industry… I’m a f***ing lifelong gamer, huge gamer. If you were to do a pie graph of my life...

I don’t want to see the pie graph for my life.

Roiland: Yeah, you don’t want to see it. A lot of that pie would be me sitting in front of a f***ing TV playing video or computer games. But I never thought to make games, and I found myself on this journey because of VR. And now I have this amazingly talented studio, thanks to Tanya, that we’ve built up, and I am like, “Holy s***, I can make any game. I don’t have to make just a VR game.”

It’s weird. There are not a lot of people who get into games that are from comedy because that’s just such a far-removed world. The steps it would take for me to get there are like, “F*** that!” But now that I am here, because of my VR passion, let’s just make some crazy-ass games, man.

Watson: I’ve always wanted to make comedy games. I was the executive producer for Bulletstorm, and that’s a funny game. And being able to go from that to working with Justin has been great.

Roiland: Double Fine is a good example. They’ve made a lot of funny games. 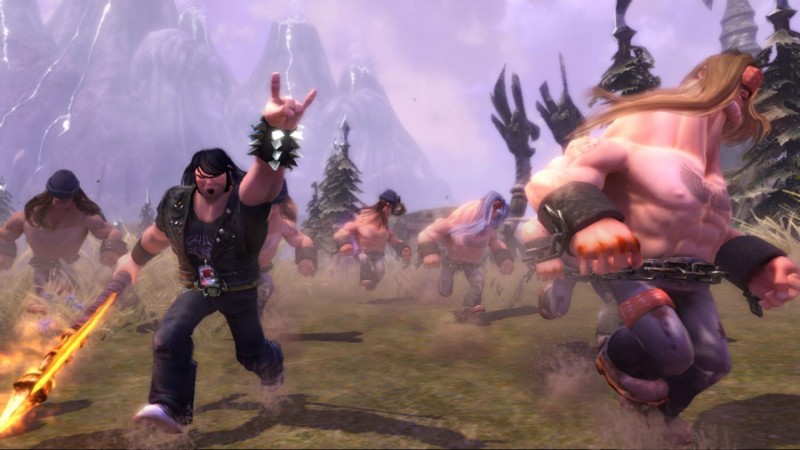 When you think of funny people and video games, Tim Schafer is kind of the go-to.

Roiland: Absolutely. He’s a f***ing sweetheart, and he’s hilarious. Their games are amazing. It’s interesting. There is not a huge group. It’s a small portion of the larger gaming world.

Roiland: It’s hard. That’s the goal for our studio. That’s what we want to do. We want to keep doing this kind of stuff and have fun. The bottom line is have fun. If you’re not having fun making something like this, in this kind of an industry – be it video games, comics, whatever it is that’s creative – if you’re miserable doing it, then your product is not going to be good. You have to be having fun and laughing every day.

This may not be 100-percent true but it’s my opinion that the best things are made by people who are having fun while they were making them, and you can feel that fun transcend the material.

For more on Trover Saves the Universe, which is planned for release on PlayStation 4 (with the option to play in PlayStation VR), head here.