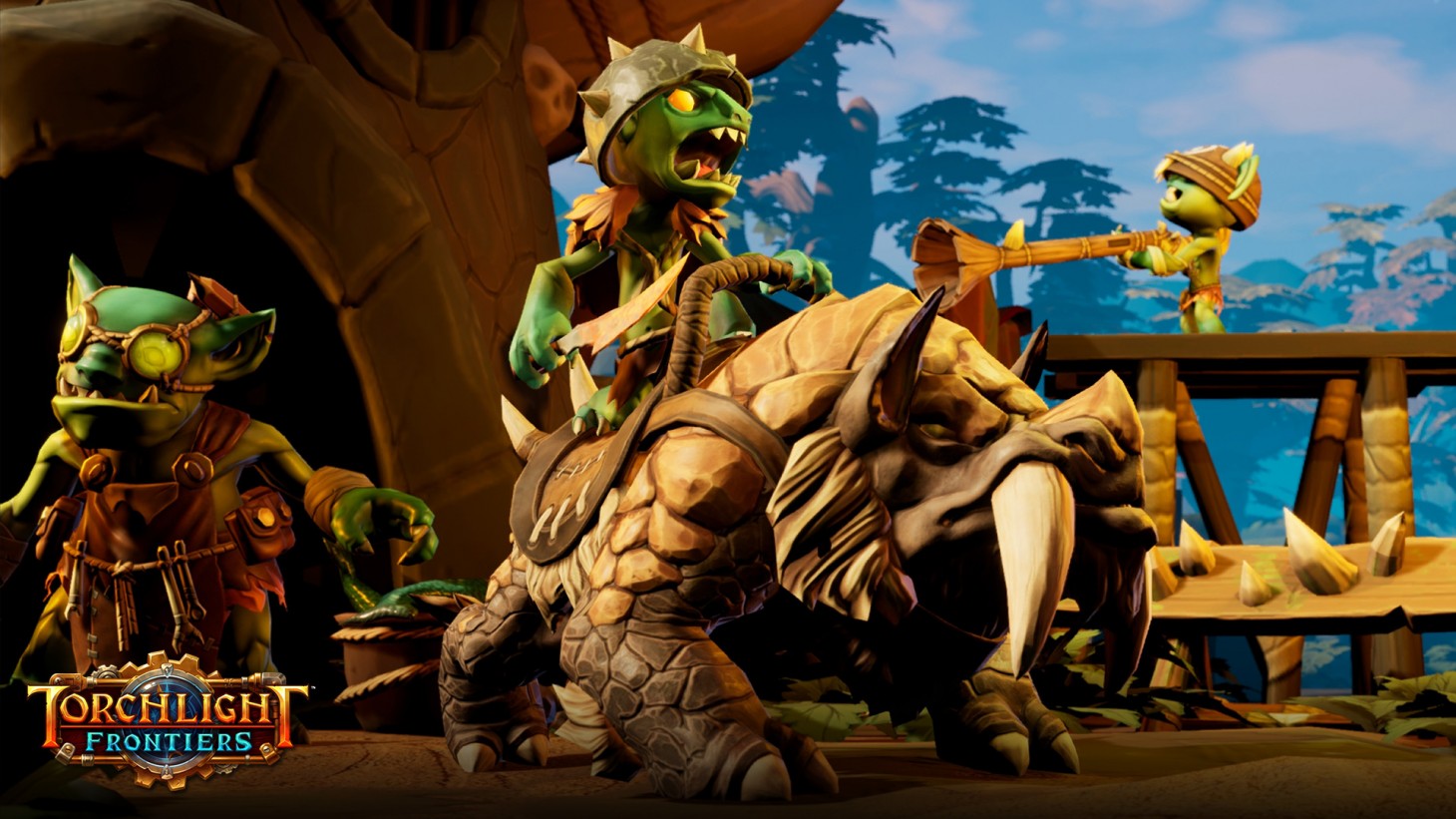 Echtra Games is going back to one of the more revered action-RPG wells, Torchlight. Torchlight Frontiers is set to be a sort of MMO take on the classic franchise, featuring large town zones for players to mingle and smaller player counts in open zones - around 8 players can be around in the same open world areas. For dungeoning, group size is 4, so that there's no risk of the screen just becoming filled with units and actions that could be hard to follow.

Of note, Frontiers does away with leveling and traditional stats. There are no level ups, and core stats like vitality, intelligence, strength, dexterity - are gone. There's still plenty of progression aspects, but they are largely gear-based and streamlined (each zone has a recommended item level so you know where you stand going in) Players can also enhance and slot in various skills, both passive and active.

For my play session, I get to pick from one of two characters. There's the dusk mage, who sort of cycles back and forth through dark and light spells for powerful synergy, and the Forged, a robot-looking thing that uses a heat system. Obviously, I went with the robot.

As Forged, I spend a lot of time building up heat with various attacks, including a powerful turret gun that pops out of my chest, allowing me to take the swarms of goblins that dot the new-player area with ease. After I've built up a heat bar, I can no longer use attacks that generate heat. I need to get rid of it, and that's fine, because a massive point-blank-area-of-effect attack that can wipe out a whole horde of enemies is tied to the heat sink, expelling energy out for big damage, and giving back access to heat-generating abilities. It's a fairly classic take on builder/finisher gameplay and it works here. 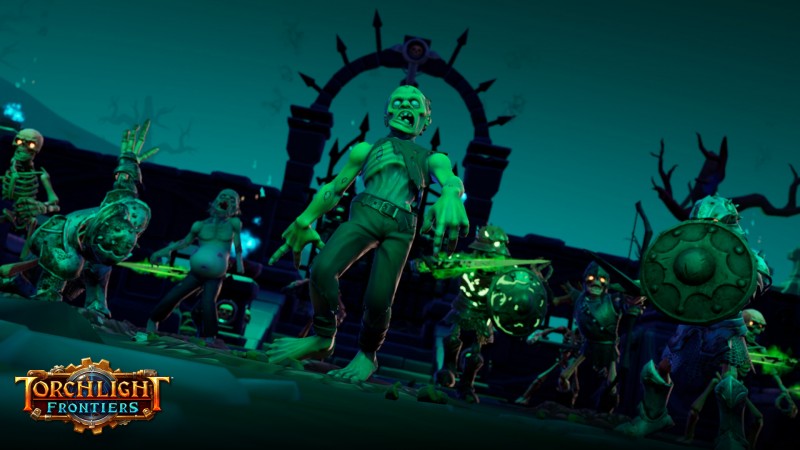 I start to gear up, hot swapping slots with greens and blues I find from both enemies and loot chests. The landscape is colorful and cartoony, much inline with previous Torchlight titles. The map is loaded with resources to collect in addition to enemies to slaughter, and while there's no crafting system to use these resources in the demo, I load up on rocks and wood anyway. The gameplay changes as day turns to night, with different enemies showing up based on the day/night cycle (Spooky stuff at night!). Eventually, I make my way into a low-level cave area complete with a big goblin boss.

The demo boss has a shield and basically just charges around, as a low-level boss monster this seems just fine. In addition to his powerful dashing attack, he also continually fills the room with more minions, so I'm using my heat dumps to AOE down the extra troops while I take a more focused assault on the boss with my turret from afar. I get the goblin lord down to one hit before I mess up and eat a giant dash to the face, wiping me out.

A small taste of a starting area and dungeon are enough to whet my appetite for a big, sprawling procedurally-generated hack-n-slash experience, so I'm looking forward to lots more time with Torchlight on PC as it heads into various beta/early access stages (Torchlight Frontiers is also coming to PS4/Xbox One).