I Thought The Last Of Us Was Better Than This

I remember the release of The Last of Us better than any other video game – which is to say I remember it at all.

In 2013, I was 19 and still practicing the unfortunate act of pre-ordering video games before I knew if they were good or not. As misfortune had it, it came out while I was out of town, but my Dad went and picked it up from our local GameStop for me. Like an absolute dork, I remember spending weeks looking at the picture of the box he sent me, practically counting the nanoseconds until I could play it myself.

And when I did, it was everything I could've hoped. I was admittedly a less savvy media viewer back then and truly believed its story was unlike anything else. I don't think that's true anymore – it pretty shamelessly borrows from Cormac McCarthy's The Road, No Country For Old Men, etc. – but there's still a special place in my heart for The Last of Us. When its sequel came out in 2020, I found an incredibly affecting story about the cycles of addiction (kind of). When Sony announced Part I, unlike many of my peers and friends, I was excited and jumped at this review when it became available. I love The Last of Us. I have since it was cool to do so, I did when it stopped being cool to do so, and I assume I'll continue to in some form forever, no matter the critical consensus that month. I love it so much that minute details about the game's release are seared into my brain: happy memories of simpler times. For better or worse, it was a formative text for me, playing a not-insignificant part in why I do what I do for a living today.

I am certainly not alone. So well regarded is The Last of Us that in just nine short years, Sony has packaged and repackaged it three separate times – the first release in 2013 on PS3, the remaster in 2014 on PS4, and now The Last of Us Part I. Four times, if you count how much the sequel goes over the first game's story ad nauseum. Sitting somewhere between a second remaster and a remake, Part I is supposed to look and feel how you remember the original game, but now unencumbered by technological restraints.

The problem is, I remember The Last of Us being better. 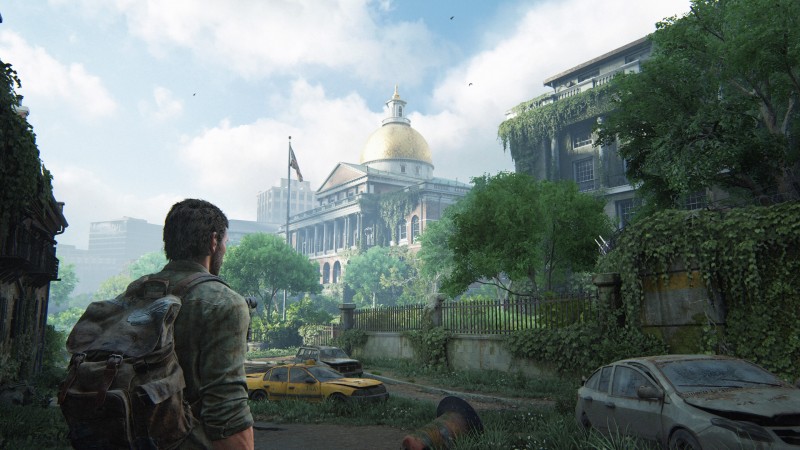 For the uninitiated, The Last of Us imagines a wholly unbelievable world where people wear masks to protect themselves and others from a deadly and highly contagious disease. In 2013, a cordyceps virus took down civilization as we know it, leaving the world run by military states, gangs of scavengers, and infected (which are zombies in everything but name). We follow Joel, stuck somewhat in the middle of all three, who must transport a teenage girl, Ellie, across the country as a favor. Ellie is immune to the virus and potentially the key to saving humanity. Along the way, they might just form an unbreakable bond over the murder and trauma they'll endure together.

Part I is undeniably gorgeous, especially compared to the original, packing the visual fidelity you'd expect from a multimillion-dollar video game in 2022. There's a novelty to seeing environments burned into my memory for the last nine years more stunning than ever before. Especially during the daytime levels, seeing the lush, bright green of nature reclaiming cities, neighborhoods, and the buildings therein consistently looks fantastic.

So, too, do the character models and cutscenes. As Naughty Dog touted in its marketing, the performances feel far more accurately reproduced in Part I; faces show more emotion, most of the awkward stiffness of the PlayStation 3 is gone, and across the board, most scenes feel more believable and naturalistic.

But that immense boost in fidelity comes at a cost; it highlights all the other areas where The Last of Us hasn't aged gracefully. And ironically, in a post-The Last of Us world, a lot of the writing that dropped jaws in 2013 feels immature and hamfisted nine years later. 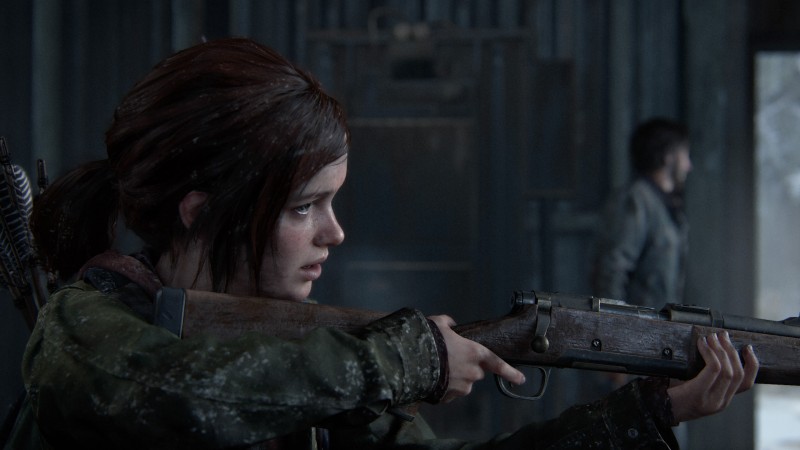 This is especially bad in the early hours with Tess and Joel, which has the same vapid edginess as an HBO drama canceled after one season. The violence might be hard to watch, and that might be the point, but nearly a decade removed, that point feels as shallow as a shower. I get that the world is dangerous; I don't need to watch my protagonist break a man's elbow before his friend shoots him in the face to understand that fact. I think violence can be a powerful storytelling tool, but more often than not, the violence here acts as a mere shock rather than an effective narrative device. The problem is, I'm not shocked by The Last of Us. I'm mostly bored.

In the nine years since it first came out, plenty of other games have explored themes of violence, loss, and love in far more effective ways. I don't doubt The Last of Us was a big influence on many of those games, and I wouldn't try and take away its impact, but playing in 2022, it feels sorely lacking – even compared to its sequel. The fact that, as far as I can tell, none of the script has been rewritten only exacerbates the issue, as there's been no attempt to modernize the narrative, highlighting every clumsy line or stilted narrative beat.

In many cases, the story washed over me; I felt far less for its characters than I anticipated – especially Joel, who is written as a man hardened by the world around him, callous and trained not to show emotions. That's fine; a story like that can work, but this time, I found him needlessly cruel to characters who don't deserve it – such as Ellie, a literal child. There's being cold, and there's being a jerk. Unfortunately, The Last of Us trips over that line repeatedly. Again, maybe that's the point. But it doesn't make it a good point.

The saving grace, however, is Ellie. When she's the focus, story beats often land, and I found that Left Behind, released initially as a two-hour DLC in 2014 but packaged here with the main game, was far better than I remembered. With Ellie and her blossoming love with her friend Riley at the center, I found the short chapter moving – far more than I did the 10-or-more hours trekking around as Joel. Actor Ashley Johnson's performance aged wonderfully and is the best part of the original game and this re-release. 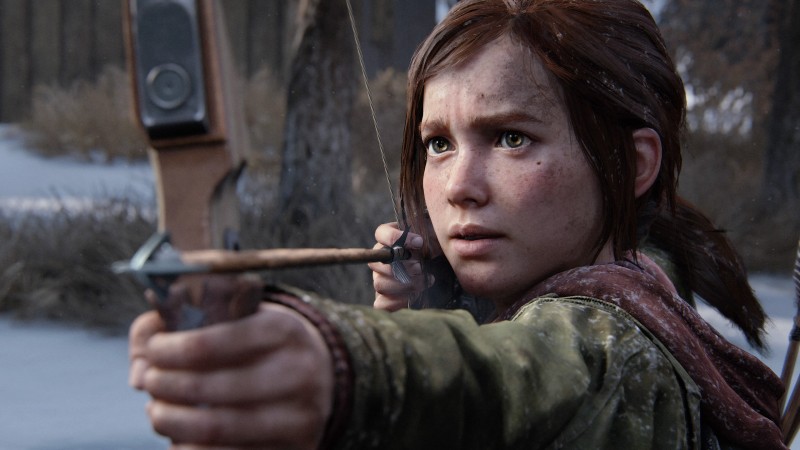 Aside from the visuals, the gameplay ostensibly had the largest overhaul compared to the original. Whether fighting humans or infected, there's a significant weight to Joel's actions; as reviewers loved saying in 2013, you really feel every melee swing, every bullet, and every close call. Naughty Dog also reworked enemy A.I. to make them more aggressive, and I liked how often I had to think quickly as enemies flanked and surrounded me. Luring infected into well-placed traps was also satisfying and occasionally humorous.

However, those overhauls don't stop The Last of Us from feeling cumbersome and awkward. Walking slowly around levels opening drawers and cabinets scroungings for supplies is only fun to a certain point, and far worse is how often I'd get stuck in the inventory menu – which shares a button prompt with the melee strike. I'd often need to quickly come out of the inventory to melee an enemy that'd run up on me. But since the square button is both melee and the inventory's switch weapon prompt, I'd get stuck waiting for my inventory to close while taking damage.

Combat is fun when it gets hectic, but an equal amount of the time, it boils down to simple cat-and-mouse stealth or boring stop 'n' pop cover shooting. When it works, it works, and I enjoyed the tense moments of running from enemies before turning the tides. When it doesn’t work, it only highlights how outdated a lot of the gameplay is – even if there are several gameplay improvements mostly hidden from the player. In the moments where you play as Ellie, her increased mobility alleviates some of these issues; sprinting around a level with a comparatively small character is more fun. Sadly, that's only a handful of hours in the overall game. You spend the rest of the time slowly walking from point A to B, sitting through excruciatingly slow animations, boring puzzles, and clicking "L3 to look" at whatever Naughty Dog has determined to be the most important thing on-screen. The handholding and restrictive game design feels archaic, outdated, and suffocating under the already-sometimes-clumsy encounter design. 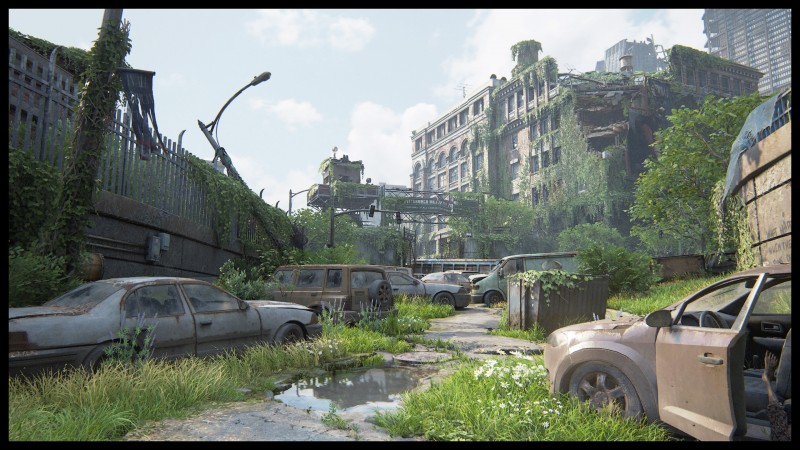 And that's the unfortunate truth of The Last of Us: because Naughty Dog wants you to view this as a new game, as an actual PS5 game, it makes every area where it's undeniably still a PS3 game all the more apparent. I think if I were playing the original, I'd be far more willing to forgive its growing pains, to chalk them up to age – to let my rose-tinted goggles blur my vision and skew my perspective. But since it's designed as comparable to everything else coming out right now, it's impossible not to see what's left intact. I'm not 19 anymore; I'm 28. I grew up. The Last of Us did not. I'm not sure I still love The Last of Us playing this version. Rather, I think I love my memories of The Last of Us. I love my memories of where it sits at that point in my life.

I think there's room for a remake of The Last of Us, which rebuilds more from the ground up than just visuals and parts of gameplay. But unfortunately, this isn't that kind of game. Its improvements feel surface deep at best and largely superfluous at worst. The game looks good but doesn't always deliver beyond that visual impact. I'm not sure a third trek was necessary.

But at this clip, we're likely getting a remake of this remake in another nine years. Here's hoping it works out then. 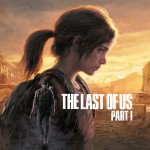