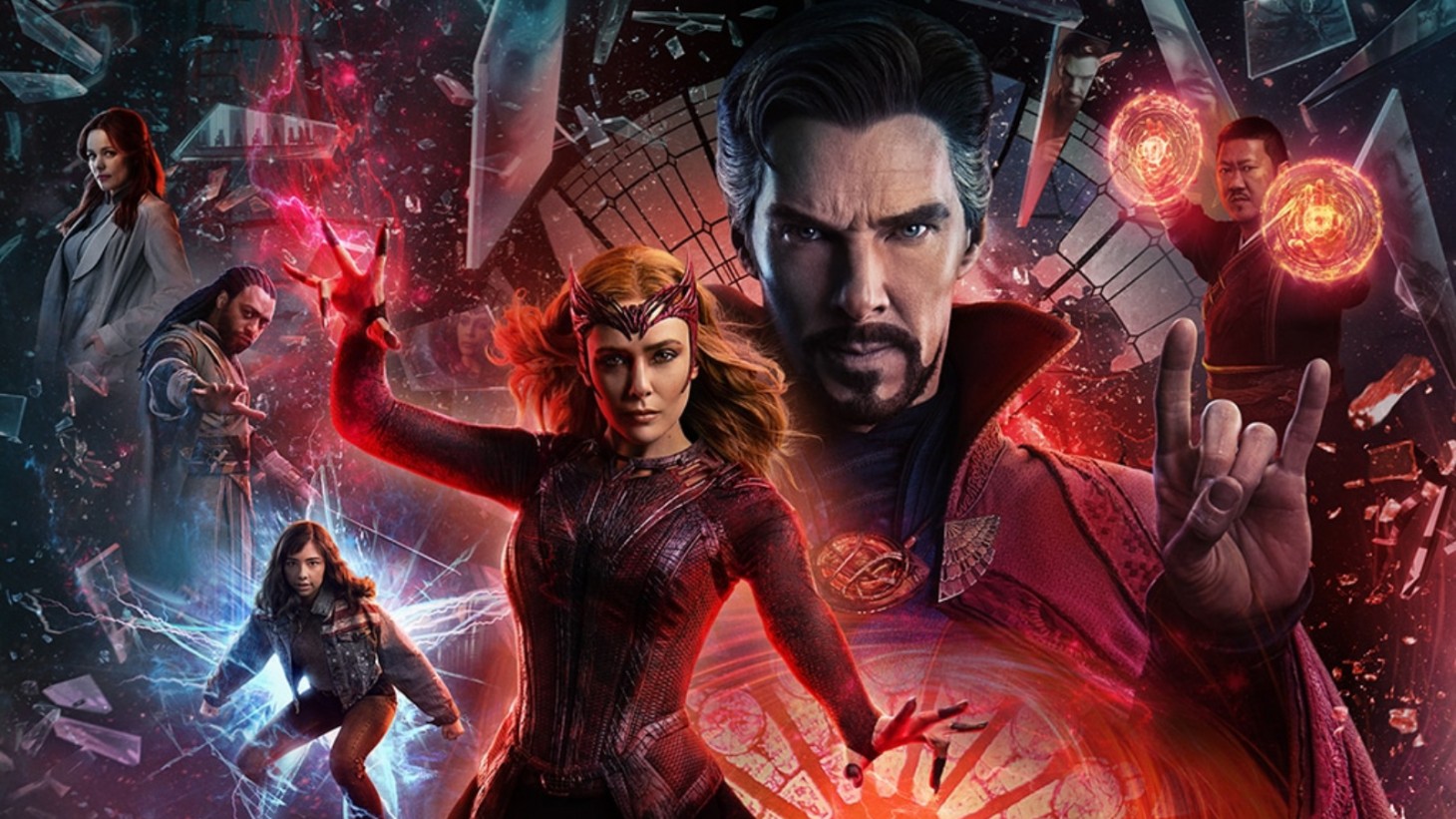 What's Next For The MCU

Doctor Strange in the Multiverse of Madness hit theaters Thursday and it’s doing quite well for Marvel Studios, scoring the biggest opening in 2022 thus far and claiming the 11th best domestic box office opening of all time. Critically, it’s been more divisive than one might guess, with many either being put off by how "Sam Raimi" the Doctor Strange sequel is or completely smitten with it as a result of the Evil Dead director’s style.

If you’ve seen the movie, you’ve likely noticed how unique it is in the pantheon of Marvel Cinematic Universe movies. It features more horror elements than ever before, and it introduces a lot of new concepts and ideas to the MCU. In fact, I think Multiverse of Madness sets up where the MCU is ultimately going later in Phase 4 and beyond. To speak any further on this, though, requires a deep dive into the movie so beware: there will be numerous spoilers ahead.

If you haven’t yet watched Multiverse of Madness but plan to, I highly suggest dipping for now.

As the name implies, Multiverse of Madness is all about the multiverse, which is infinite. If you can think it, there’s a universe out there to host the idea. There’s a universe where Doctor Strange primarily speaks Spanish and runs with America Chavez as a duo. There’s a universe where Wanda Maximoff lives peacefully as a single mom – no Vision in sight for some reason – with her two kids, Billy and Tommy. There’s even a universe where a naked Wong is chased by a terrifying clown. Doctor Strange, Christine Palmer, and America Chavez learn all this and more in Multiverse of Madness, including that there’s a group called the Illuminati made up of different sectors of the MCU – Avengers like Captain Marvel and Captain Carter, The Fantastic Four’s Reed Richards, X-Men’s Charles Xavier, and the Inhumans' Black Bolt.

However, the most important thing they learn of is something in the MCU called "incursions." These happen when two universes collide, which can happen in a number of ways. Perhaps someone from one universe brings a piece of another universe into their own. For example, had Wanda succeeded in fully commandeering another universe’s Wanda to become the mother of her Billy and Tommy, she likely would have created an incursion of some sort. If Doctor Strange and the Christine from Earth-838 he meets later in the film decided to live the rest of their lives together, they would have created an incursion, something Christine mentions in the film’s final moments. Incursions can be small in the MCU it seems, but as Multiverse of Madness shows on-screen, they can also be devastating and even world-ending

Elsewhere in the movie, we learn another universe’s Doctor Strange was responsible for an incursion that killed trillions. That’s how disastrous merging two universes can be. Right now, we don’t know what the MCU’s next Thanos-level threat is. Many think it will be Kang, who we last saw in Loki where he educated Loki and Sylvie on how multiverses actually work. Others predict the coming of new heroes like The Fantastic Four could bring with them the new major threats of Galactus or Doctor Doom. After watching Multiverse of Madness, though, I think the next major danger to the Avengers and the rest of the MCU is, well, themselves. 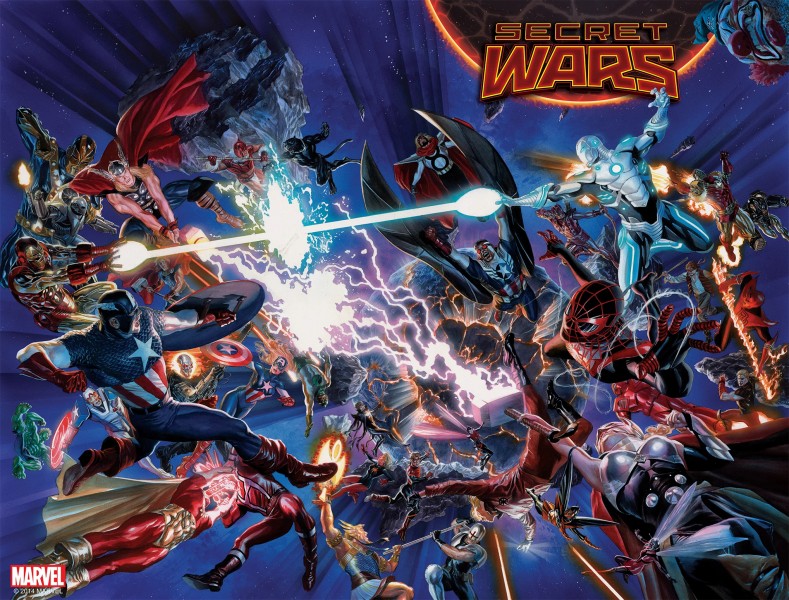 The non-spoilery version of this very good Marvel Comics story (we’re talking the 2015 one here) is that incursions create a scenario where one universe is crashing into another universe, with both under the threat of complete annihilation. In this case, Earth-616, the mainline Marvel universe, was crashing into the Ultimate Universe, the alternate reality that spawned its own comic line in 2000. A temporary Battleworld is created and the drama unfolds here. Ultimately, it leads to the destruction of essentially one entire universe (Ultimate Comics came to an end as a result of Secret Wars). It’s a big deal and it could present a new moral dilemma, unlike anything our MCU heroes have faced thus far.

Our heroes have fought villains intent on killing trillions to “help” the rest of the universe i.e. Thanos, but how will they handle a situation where they must kill trillions to save trillions? That’s a massive moral conundrum and one that would challenge the relatively high-ground positioning our heroes have had for more than a decade. Plus, incursions and multiversal travel allow us to see old heroes return in the form of parallel universes. Do I want to see Robert Downey Jr.’s Iron Man return anytime soon, or at all really, after his great sendoff in Avengers: Endgame? No, but if he were to return by way of a parallel universe to fight against another Iron Man (perhaps one embodied by Tom Cruise as many theories have posited), I’d be able to swallow that pill much easier. 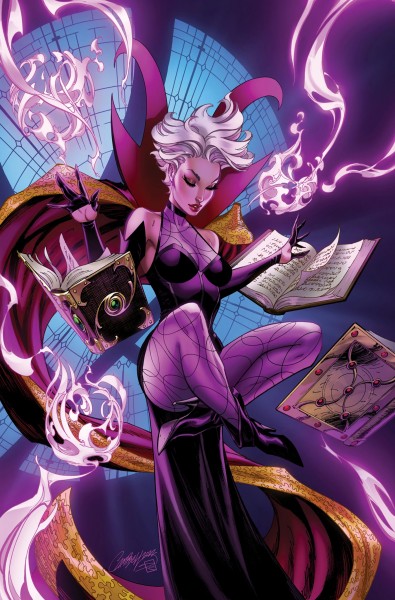 The simple use of the word “incursion” in Multiverse of Madness isn’t how I think we arrive at Secret Wars in the MCU, though. The introduction of Clea in the first Multiverse of Madness post-credits scene ties directly into this, I think. If you’re unfamiliar with Clea, she’s played a number of roles in Marvel Comics. She’s the niece of Dormammu, who Doctor Strange defeated in his first solo movie, and she becomes the love interest and successor to Doctor Strange as well. You can read our more in-depth Clea breakdown here. In the Multiverse of Madness post-credits scene, though, it remains unclear what Clea’s role will be in the MCU.

She tells Doctor Strange she needs help with an incursion, using a special blade to rip open the multiverse and open a window directly into the world where we last saw Dormammu (or at least, that’s what it looks like to me). She asks Doctor Strange if he’s scared to help, and, tying back into Christine’s last words to him in the climax of the movie, he accepts the mission while also revealing that he seems to have control of his third eye that appeared in the film’s final scene.

Doctor Strange and Clea are heading right to an incursion and it will likely be the first of many. Could Clea be a teammate in the MCU, someone who truly wants to end ongoing incursions with the help of Doctor Strange, or is she interested in learning about Doctor Strange’s powers to bring forth new incursions (perhaps she plans to grow close to Doctor Strange to then gain the trust or power of dimension-hopping America Chavez…)? Only time will tell but it’s clear Marvel Studios is ready to dive deep into incursions and if that’s where these films are headed, I foresee Secret Wars coming sometime down the line.

That the use of incursions in the MCU could allow for future reappearances of Tobey Maguire and Andrew Garfield's Spider-Men is a cherry on top. I only hope that incursions get the spotlight and storytelling they deserve in future MCU movies (especially the big team-up ones) and that they aren’t just something Multiverse of Madness used to push its plot along, Secret Wars or not.

What do you think of this theory? Let me know in the comments below!