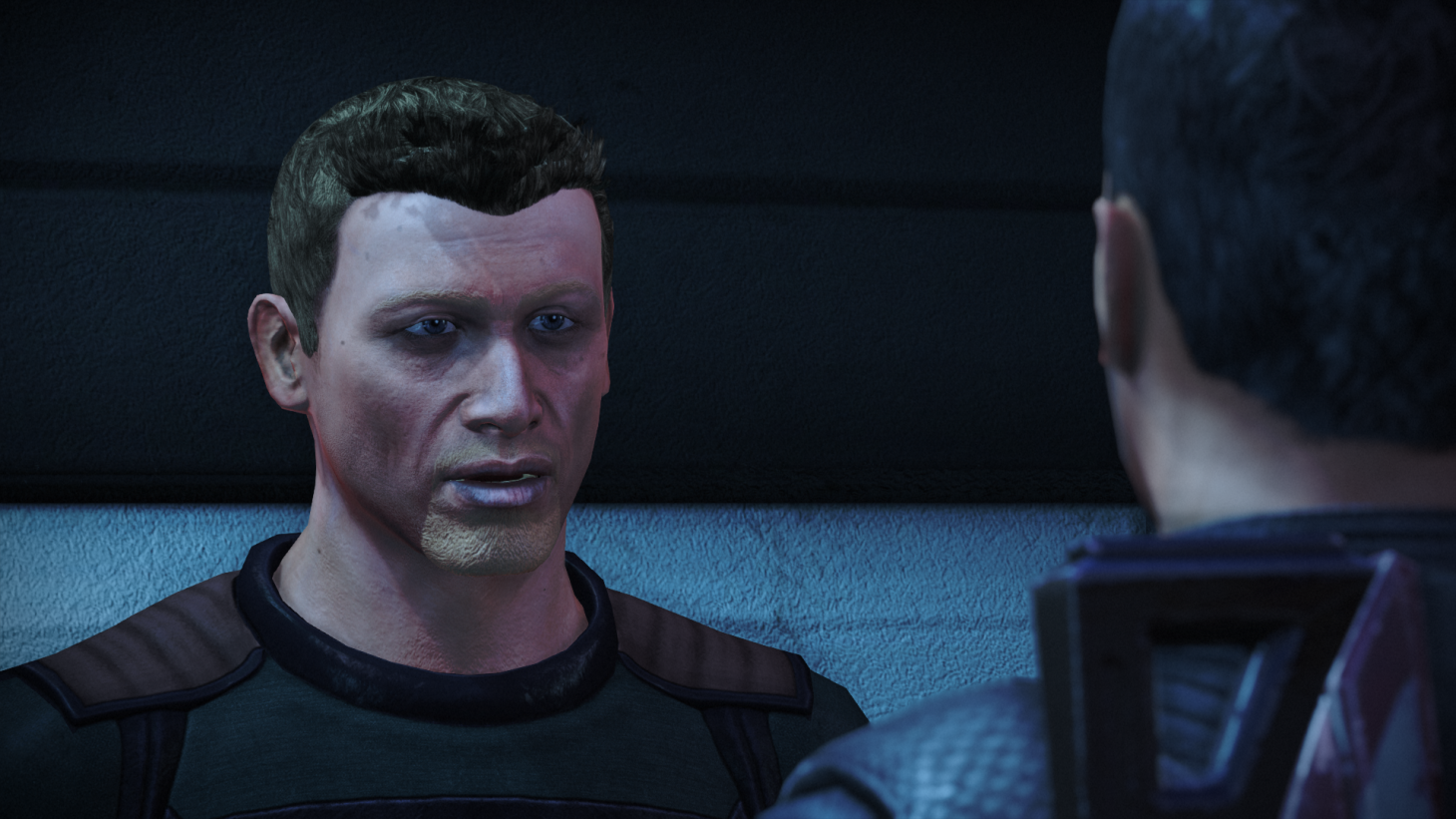 When I was active duty, I was taught more efficient ways of self-defense. Those lessons gave me confidence that bordered on too confident in certain situations. Assault is something I'm intimately familiar with, both within my family life in the past and growing up homeless off and on. However, protecting yourself can be hard to do when the injury comes from someone you thought you could trust and as I replay through the Mass Effect trilogy for the billionth time with the Legendary Edition, it finally clicked with me why the Conrad Verner story arc made me uncomfortable in a way that it never has before.

Let me be very clear, I have always enjoyed Conrad's story in the trilogy. The overly obsessive Commander Shepard fan was an interesting take on how life would be like as the First Human Spectre and the very real downsides of an overly large spotlight. This is not me attacking BioWare or the character. This is me sharing how interesting it is our perceptions of games change based on our own personal experiences. Narrative games are a gift and they don't have to be sunshine and rainbows in order to enjoy them. But as I played through the Legendary Edition for the first time and got lost in all of the unique ways that the remaster made these games even better, I noticed an unfamiliar annoyance with his character that I don't remember ever feeling. When I played through the remaster a second time, it finally clicked.

During a work event in the past, a former colleague assaulted me in a way that I'm still dealing with after years of stalking and emulation. I still deal with the fear of even hearing his name; a fear that I'm still adjusting to because I've always considered myself a "badass." But when it's someone you cared about, someone you've always fought for, the notion of hurting them in turn just ... doesn't feel right. So I let it happen, and I got away the moment I saw my opening. Charges were pressed and I thought I could move on. And I did, mostly! But that particular experience changed how I saw good 'ol Mr. Verner through the Legendary Edition lens. The parallels were hard to ignore. The sweet facade, the harmless attitude, the disconnect from reality? All there. As I went through as FemShep and this character kept popping up, I noticed a tingling sensation at the edge of my periphery, thinking back on how I should have seen the warning signs in my own life.

In the game, you have the option to rebuff him, disillusion him from the notion that he's entitled to your life in any way. When he tries to become Commander Shepard, the player can set him right once and for all; there is even a way to do so that eventually leads to good things for this character in the third game. But in real life? It's not always like that. You have people that don't believe you even though the evidence is all there. You have the people that see the consequences that your attacker faces and tell you that you should be the one to bear them, not him. You have the people that see you as the provoker even though that couldn't be further from the truth. Everyone weighs in with their thoughts, even when they know nothing. Safety is what you make it, even if you can't make it until after that safety has been thrashed.

Assault, stalking, fear imposed by others not respecting personal boundaries? It can happen to women, it can happen to men. Adults, kids. Anyone. Conrad is just a fictional character. Harmless. A little lost. We've all been there, but it is very interesting to see that no matter how many playthroughs I've had of the Mass Effect trilogy (cough, cough 34), that new life experiences can still change certain aspects, completely transforming how we feel about our favorite gaming adventures.