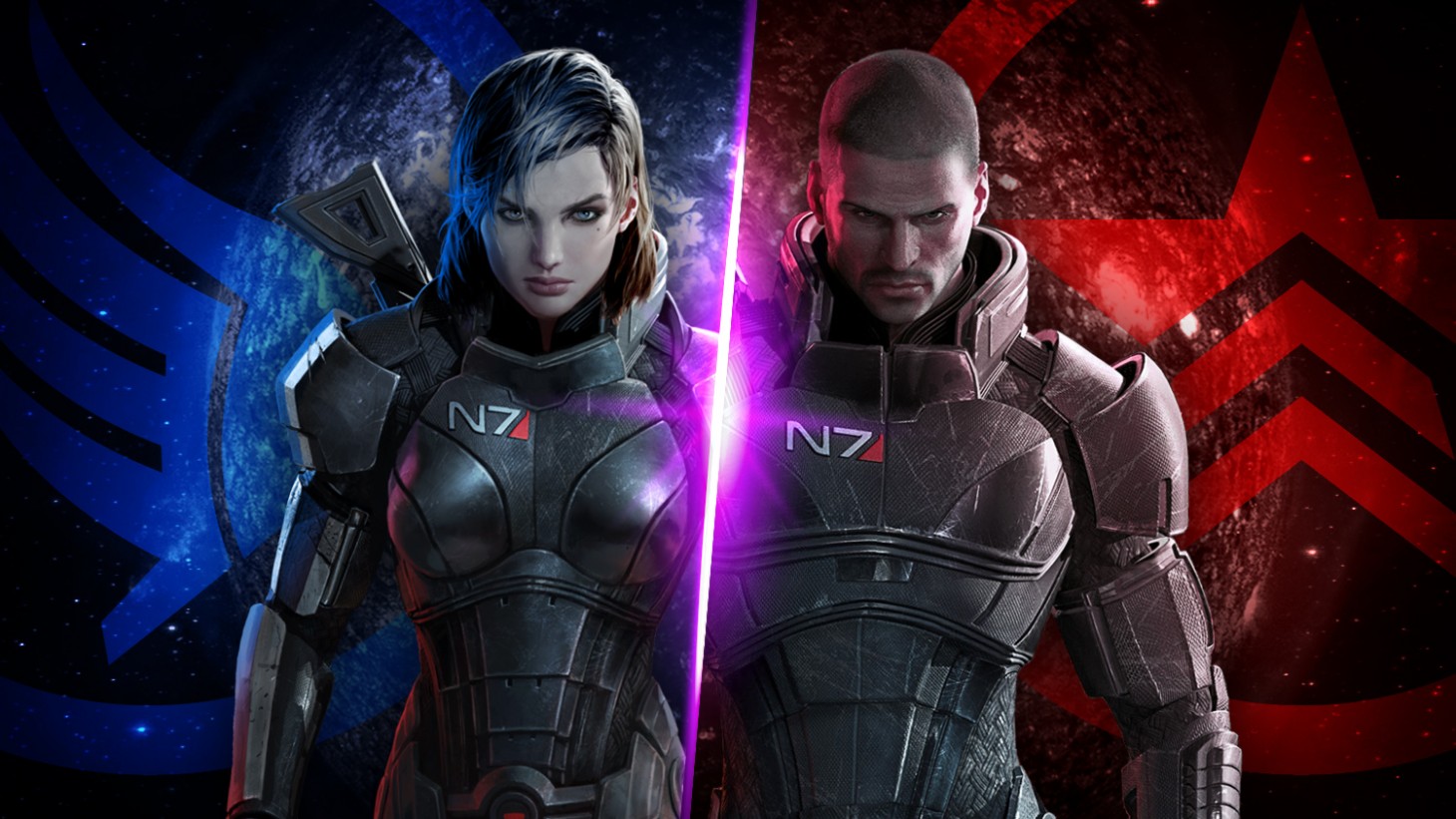 The Mass Effect Legendary Edition drops tomorrow and many returning fans are prepping to board the Normandy once more. That being said, there are a lot of people that missed out on the original trilogy that are diving in for the very first time. My number one piece of advice for newbies going in is to be aware of the morality choices to ensure you don't hover too much in the middle to avoid losing out on choice options. But that leaves one question: do you go renegade or paragon? Let's dive in.

Why should you choose?

While I encourage everyone to play the way they want to play, there is a caveat that you should at least be aware of, something that I've noticed many players aren't even aware of when the credits have rolled. When you go paragon, there are renegade choices you must hit, it's tradition (punching the reporter, anyone?). Vice versa, as well, but you want to be careful not to lean too heavily into playing that middle ground. Why, you may be asking? Choices.

It's important to mostly dedicate your time leaning one way or the other right off the bat, especially early on in the game. With each paragon action taken and dialogue option chosen, you're earning points for "blue." This is the same with renegade, noted as "red." Both sides dictate how your Shepard reacts to certain situations and how others react to them.

Throughout the entire trilogy, there are pivotal moments that can have small consequences (such as an ally potentially turned away) but they can also have massive ones as well, up to and including wiping out entire races. The common mistake I see a lot of people make when talking about Mass Effect is players saying they "didn't know" there were options to save so and so or options to make 'X' decision. The reason is that they are going with their gut on how to respond to certain situations, meaning that the paragon and renegade levels are too intertwined, so there aren't enough points to lean in one particular direction. When either end of the spectrum isn't filled out to a certain point, certain choices will be blacked out, making them inaccessible to the player. Some of the consequences to this are small: not being able to convince someone you are right, not being able to get information the easy way, etc. But some? Some consequences are massive: an entire species is now extinct, a beloved squadmate takes their own life, a monstrous discovery can no longer be corrected. Player agency can still be achieved, but be aware of the goal that you want for your Shepard. What kind of hero are they? How do they evolve over the course of the three games?

To put it simply, going paragon means you're choosing the blue options (and the options on the right of the dialogue wheel at the top). These choices center around a more diplomatic approach. Kinder, less rash, more "by the books." If you like being the "good guy," this is the route for you. Not all paragon choices are sunshine and roses, but they are geared towards being more politically correct and more thought out. Sometimes, that's a bane, because paragon options often make your work to save the galaxy a little harder; certain quests might take longer to complete.

For renegade, this option (indicated by red or bottom choices on the dialogue wheel) is for players that love to be ruthless. In Mass Effect 2, this option is my favorite. Punch anyone you want, throw bad guys out the window, threaten those that stand in your way. This type of Shepard does whatever needs to be done to get the mission accomplished, a real "the ends justify the means" type of character. In Mass Effect 3, however, those renegade options become something more ruthless than a lot of players may have expected. Characters that paragon-Shepard becomes close to suddenly don't  like the thought of being a part of their crew. It's a very different experience, especially if you commit to the renegade options 100%. If you dedicate yourself to this path, be prepared: some of the renegade choices in Mass Effect 3 are rough.

At the end of the day, play how you want to play. This is your game experience and the Mass Effect trilogy is really geared towards running the story numerous times, not just the one playthrough. Play around with renegade one playthrough and paragon another. I would recommend starting with paragon just so you can see how truly meaningful some of these in-game relationships are, but really? Do you. Do what feels right. Kind-hearted hero or ruthless leader? You decide.