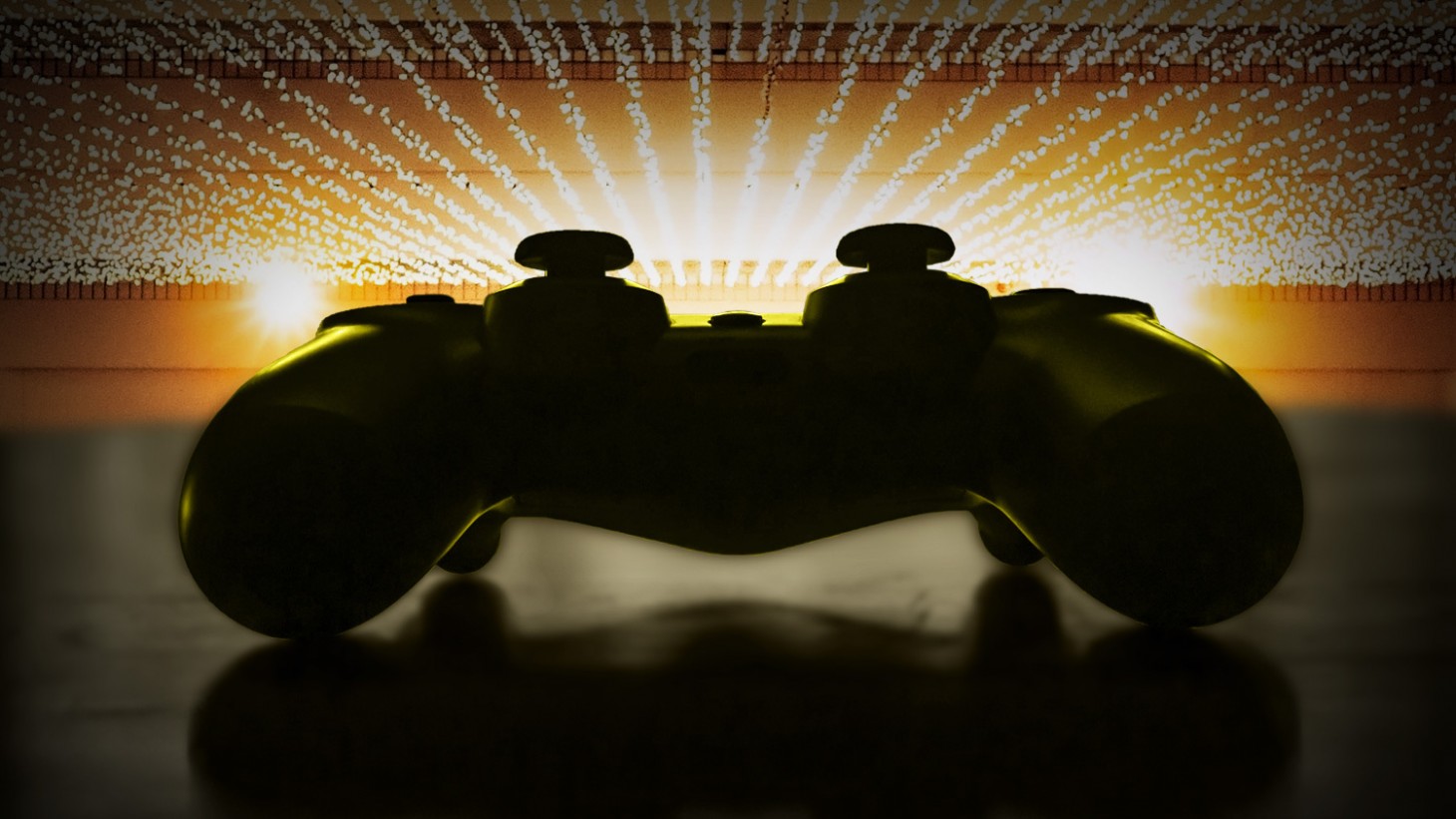 In earlier eras of gaming, a video game was much like other products — a physical item purchased with a purpose. You buy some shoes, you own the shoes. You buy a hammer, a shirt, a chair, a hat. Today, we see gaming taking its inspirations from an amalgamation of both the traditional entertainment industry and technology, a unique intersection where we're rapidly shifting to a service model while retaining the rock-star fun and freewheeling edge. In many ways, the shift to service over physical products seems inevitable in some Ozymandias from Watchmen "I already did it" way, as developments over the last few years indicate that we're already there. The future comes with some powerful advantages, and certainly a good share of concerns as well. Join me on a journey toward one possible future.

"Netflix for games" is probably happening. More than one player will likely emerge.

Consolidation With A Cost

You're all set to go forward with your new "Netflix of Games" reality, where you'll pay a set fee for access to a ton of different games across all genres. The most obvious concern is that you won't own any of them, but I think that's a battle even the most entrenched gamers have been conditioned to accept over the last decade. It's the less-obvious concerns, under the guise of consumer benefit, that become rife with dangerous and murky potential. Let's assume for the purposes of discussion that in this gaming future, the vast majority of games are housed under a few gigantic Netflix-style service houses.

Assuming you can let go of your physical products, ownership of everything, and we figure out how to navigate data caps, this works out incredibly well, right? Even if you were to pay say, $20-60 dollars a month for a service like this, the library of hundreds to thousands of titles would be well worth it. Obviously, those prices are a bit high — these services won't dare ratchet things up to those levels while they grow. But conceptually, this would be an incredible boon and make game more accessible, friendly, and fun for everyone right? The value appears enormous to the consumer on a monetary level and will open up gaming to even more people, with a host of options for every kind of player.

Now let's think about data.  When all your gameplay activity is under one roof, things begin to come together to create a character profile. Forget completely offline play, all your single-player titles will still need to communicate with the service system. Heatmaps track your controller movements and mouse clicks on every game. A suite of tools tracks how long you hover over games, what descriptions you read, who you play with, how long you play, what days you're more likely to purchase additional content for your existing games, and what factors go into those decisions. Algorithmic learning processes, being fed from numerous sources, map out your behavior. On one hand, this toolset ensures that you're going to get served up amazing game suggestions even as the library blossoms to thousands of titles.

The system will know you like intricate turn-based RPG fare, or that you prefer games with interesting systems over interesting stories. It's not magic; the service just sees you skipping over dialogue, spending time with other games of the same type, and forms judgments based on your actions and the actions of millions and millions of other players. No matter how eclectic your tastes are, the system should be able to find the perfect choice for you anytime you're looking for a new game.  These data-driven systems know you — better than you do. 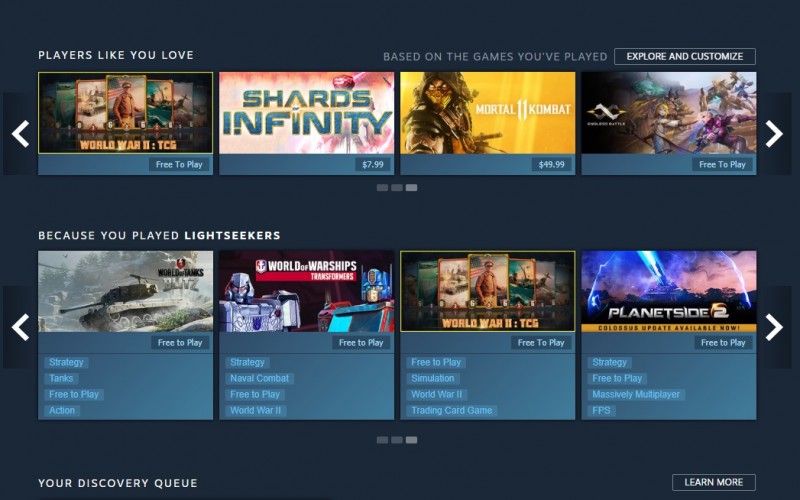 Kind of like this, but with a lot more data coming in from every aspect of your life.

That's an advantage of doing all your gaming under one service, one roof, one house. Other possibilities are not so positive. When your games are all under one subscription, other services like battle passes or microtransactions will likely to be used to "enhance the experience." We already deal with these systems today, but when all of your actions are in one ecosystem, your player profile can be used in new ways. Things like day of the week, time of day, or even other deeper situations can theoretically be used to serve you up special sales or ads — such techniques already exist on many mobile games. However, the potential here in the future goes far beyond, as you will be linked with your gaming buddies on a social level inside these new ecosystems. Now, you can make the case that this already exists within systems like Xbox Live and PS Plus, but new levels of social invasion are an aftermath of the service future, starting with existing social media and moving toward their own ecosystems once dominance is achieved.

You Haven't Played Blood Arena In A While, New Event Begins Today! Your Friend Jane Needs Your Help Now!

Getting alerts that your buddy Bob has purchased a fancy new costume in a game you both play is an old hat, but what if you were offered new perks by hooking up your Facebook, Twitter, Instagram, and other services to your profile? Yes, you can already do that, but get ready for the next generation of profiling as your social life entwines with your gaming. This will happen on several fronts, as service companion apps will be normalized as we move to these large houses. The goal of these apps is to continue to give you notifications and alerts to keep you engaged with your gaming ecosystem under the ostensible facade of offering mild bonuses or conveniences.

Prepare to be pinged the moment your engagement falls off or your battle pass wanes, be prepared to know when Jimmy and Jen beat a boss, and be prepared to be alerted to a shiny new emote becoming available right when you get paid. You might think you're way above these techniques, that you can see them coming and easily ignore them. Maybe so. But these systems learn via your behavior, and if you instantly slide off the "New magic unicorn available," it's going to try something else. It's going to try different times, different prices, different friend engagement, different game achievements to show you, different video slices or streamers to show you. I mean, it's going to know when you go out, who you go out with, and if they are also friends with you on the network. It's going to make moves based on that. For both of you! 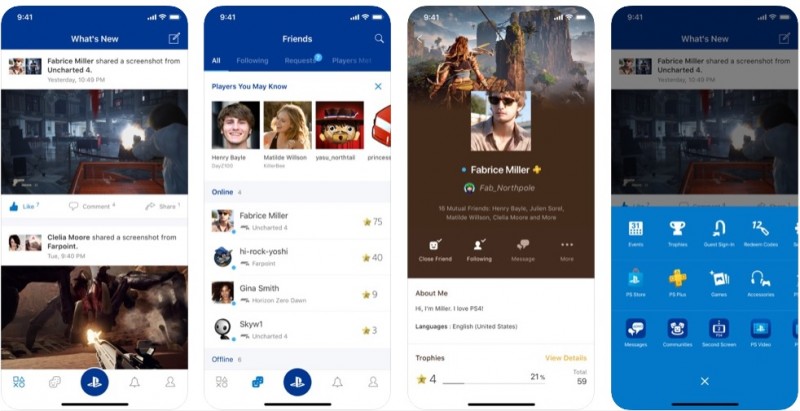 This but way, way more powerful. And silently intrusive.

It's important to know that within the giant ecosystems that will form from everything being dialed down to just a few big services, there's not even any need for these external social connections and links — they will likely be directly inside the systems themselves, without the need for Facebook or TikTok. And we'll very willingly put the apps and other tools on our phones for some minor perks and safety via two-factor authentication. That way, these services will be with us everywhere we go, constantly learning and tailoring the next offering. It's almost impossible to comprehend right now given that we don't have anything near the size, scope, and scale of these in gaming right now, but these megaservices will know that you did a bunch of searches on Google for ducks, know that you spoke to your friend inside a game about ducks, and slowly shift several purchase options your way that involve ducks. This is perhaps the most mundane example and relatable to today's experience, but imagine that scenario with literally thousands upon thousands of data points being fed into the system every time you play a game. The service will likely know better than you will when Mom calls you away for dinner or the likelihood of your playgroup showing up on any given night. And this is all data we'll be all too eager to provide, probably for a little puppy companion or something that glows inside the social system inside the new service ecosystem.

There are many more implications for gaming in the future as we move closed to connecting ocular and neural links as part of our daily reality, but those topics are a bit more far out. The dangers inherent with those devices and augmentations in regards to gaming are numerous, even though they will rolled out with powerful boons in almost every facet of human life, from healthcare to retail. But that's a future to discuss... in the future.